Check out the speakers for the 2015 PRWeek Conference in New York City.

Can you run a marketing operation the same way you run a powerful Hollywood studio? Hell yeah, but it ain’t easy. Searching for the elusive "perfect" blend of art and science, Progressive CMO Jeff Charney brings to life a series of characters that live through plot twists, set changes and spin-offs – all carefully chosen to drive business results. He ditches the off -the-shelf methods to create "must see programming" for the hundreds of digital network channels that extend well beyond TV.  Outcreating instead of outspending in one of the most competitive marketing categories in the country, Charney’s radical approach separates him from other marketers – the anti-suit. But don’t take our word for it, Charney won "Marketer of The Year": Brand Genius from "Adweek," and has been named one of the most creative people in business by both "Fast Company" and "Advertising Age."

Jeff Charney is no stranger to brand icons, driving the ‘duck’ as the CMO at Aflac before arriving at Progressive. Prior to that, he was the CMO at QVC and Homestore.com (formerly Move.com). 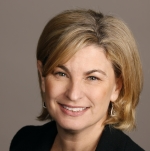 Sally Susman is Executive Vice President, Corporate Affairs for Pfizer, the world's largest biopharmaceutical company whose diversified health care and consumer products are sold around the world. She is a member of Pfizer’s Executive Leadership Team, chairs Pfizer’s Political Action Committee and is Vice Chair of the Pfizer Foundation, which promotes access to quality health care, nurtures innovation and supports the volunteerism of Pfizer’s approximately 70,000 employees.

Ms. Susman directs Pfizer’s global communications and its public affairs activities, including high-level relations with the governments of all nations in which the Company has operations or markets products. Ms. Susman also heads the firm’s corporate responsibility group and plays a key role in shaping the Company’s policy initiatives.

Before joining Pfizer in 2007, Ms. Susman was Executive Vice President of Global Communications at The Estée Lauder Companies, where, for seven years, she directed global corporate affairs strategy for the company and its 28 brands. Ms. Susman served as a member of the company’s Executive Committee.

Ms. Susman has also held several high-level communications and government relations posts at American Express Company and was responsible for the company’s international positioning. From 1995 to 1997, she was based in London, where she was responsible for corporate communications and government relations for American Express throughout Europe.

Earlier in her career, Ms. Susman spent eight years in government service focused on international trade issues. Her positions included Deputy Assistant Secretary for Legislative and Intergovernmental Affairs in the U.S. Department of Commerce and Legislative Assistant for the U.S. Senate Committee on Commerce, Science and Transportation.

Ms. Susman holds a B.A. in government from Connecticut College; she has also studied at the London School of Economics. She serves on the following boards: WPP, a world leader in advertising and marketing based in the UK; the Library of Congress Trust Fund; and The International Rescue Committee.Amber Lee has an extensive history driving strategy and growth for startups within tech and advertising. 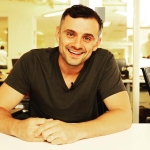 Gary Vaynerchuk builds businesses. Fresh out of college he took his family wine business and grew it from a $3M to a $60M business in just five years. Now he runs VaynerMedia, one of the world's hottest digital agencies. Along the way he became a prolific angel investor and venture capitalist, investing in companies like Facebook, Twitter, Tumblr, Uber, and Birchbox before eventually co-founding VaynerRSE, a $25M angel fund.

Gary also hosts The #AskGaryVee Show, a way of providing as much value as he can by taking questions about social media, entrepreneurship, startups, and family businesses and giving his answers based on a lifetime of building successful, multi-million dollar companies. The show is also available as a podcast.

Gary was named to both Fortune and Crain's 40 under 40 lists in consecutive years, and has been profiled in the New York Times, Fortune, and Inc. A prolific public speaker, Gary keynotes events including Le Web and SXSW, among many others.

Lisa is a classically trained, global consumer goods leader with a proven track record of driving brand and shareholder value across businesses ranging from startup, Grand Lyon Bordeaux Ketchup, to $50B, Kraft Foods. At KIND, Lisa works with the marketing team to drive brand equity growth through insightful, strategic and innovative consumer programming. Prior to joining KIND in January 2015, Lisa was Senior Vice President of the Global Gum Category Team at Mondelez (spin-off from Kraft Foods) where she led the turnaround of this $3B business. She has also served as the brand steward of iconic brands such as Trident, Oreo, Chips Ahoy!, Capri Sun, and Barilla Pasta, to name a few. 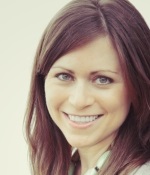 Tank joined HEINEKEN from General Electric, where she most recently led communications for “Healthymagination”—GE’s $6 billion commitment to bringing better health to more people. Additionally she led the launch of a $1 billion global cancer campaign that included a $100 million open innovation challenge around breast cancer diagnostics.

Tiki Barber is a founder and co-chairman of Thuzio, a company that provides b-to-b customers with access to celebrity influencers through a comprehensive online platform, talent procurement services, and event series. He followed a successful on-field football career – highlighted by three Pro Bowl appearances and his spot atop the all-time rushing list for the New York Giants – with notable forays into media, including his current duties as host of a nationally syndicated midday show on CBS Sports Radio. Along with his degree from the University of Virginia, with a concentration in Management Information Systems, Barber brings a unique and valuable perspective to the topics of brand ambassadors and sports marketing.

Deisha Barnett oversees the frontlines of Walmart’s national media strategy, picking up the phone in a recall or other merchandise crises and guiding and responding to journalists. She directs the comms strategy around the biggest shopping events of the year, including back to school and Black Friday, when millions flood through the retailer’s doors. Barnett also rolled out PR-specific modeling-mix research that examines consumer exposure to messages and their intent to purchase. Leading a team of seven and managing several agency partners, Barnett wouldn’t seem to have time for much else. Yet, Walmart’s top executives turn to her for strategic counsel on issues impacting the customer and the company’s reputation. Recognized internally as a leader, Barnett was named to the CEO’s mentoring circle in 2010, as a “Walmart corporate affairs key leader.” “Deisha has led and grown a communications team that pushes our business forward by sharing innovative offerings with our millions of customers in new and compelling ways,” says Dan Bartlett, EVP, corporate affairs at Walmart. Barnett is a guest lecturer at her alma mater, Clark Atlanta University, and is active in both the Black Public Relations Society of America and the Public Relations Society of America. 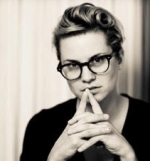 Amber Lee has an extensive history driving strategy and growth for startups within tech and advertising. 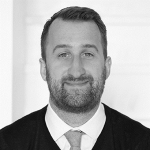 Two-year-old, Brooklyn-based Praytell Strategy enjoyed 217% year-on-year growth in 2014, grossing $3.25 million. This year, revenue is expected to reach $4.5 million. Staff size has risen in turn, from two in 2013 to two dozen today. Much of this is owed to its founder: Andrew Pray. “Andy’s vision for the communications industry is truly inspiring,” says Beth Cleveland, managing partner at the agency. “From his creative energy to his infectious enthusiasm that could rally a snail, Andy is building a better place to work for the next generation of communicators.” With unconventional offerings such as the firm’s free Open Source Ideas site and the Passion Project – a grant program that offers free services to nonprofits – his firm has attracted an impressive client list that includes Hyatt, Logitech, the Mac AIDS Fund, Corona, and SoundCloud. Honors such as being named PRWeek’s 2015 Boutique Agency of the Year, as well as one of its Best Places To Work in 2014, validates that statement. Newsweek and Fast Company also highlighted the firm as an example of a positive, creative workplace. Perhaps the most important indicator, though: Praytell’s zero employee turnover rate. 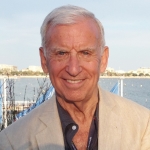 Prior to founding Farmer & Company in 1992, Farmer was a strategy consultant with The Boston Consulting Group and subsequently a Director of Bain & Company. He headed (in turn) Bain’s Munich, Paris and London offices during Bain’s period of European expansion. He lived and worked abroad in Brazil, Switzerland, Turkey, Germany, France and UK for more than 20 years. He now leads Farmer & Company LLC from New York City.

Farmer is an honors graduate of Princeton University (A.B. in English literature) and of Harvard Business School, where he graduated with an M.B.A degree with highest honorsas a Baker Scholar. He served as a Lieutenant in the US Navy and as Associate Dean for Policy and Resources at The Harvard School of Public Health.

Farmer is currently a Foundation Trustee of Kingsborough Community College, in
Brooklyn, one of the seven community colleges within City University of New York  (CUNY).

He is the author of Madison Avenue Manslaughter, a book about the declining fortunes of  advertising agencies, published in September 2015 by LID Publishing. 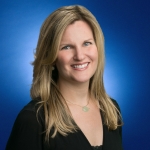 Carolyn has over 15 years Digital Media experience, with sales management positions at start-ups, IBM, Yahoo! and Google.  She's been at Google for the past four years and is now Americas Brand Activation Lead focusing on helping top brands tell their stories digitally. Carolyn graduated from Northwestern University and is based in New York.  She loves espresso and wine (not together), and her favorite YouTube channels are Billy on the Street (youtube.com/billyonthestreettv), JR Sport Brief (youtube.com/jrsportbrief) and Visit California (youtube.com/visitca).  Her all-time favorite video is (and always will be) "Corgi Flop".

In a world dominated by digital and social media, Jeff helps brands tell their stories through creative use of technology. Blending hands-on experience in both traditional PR and digital marketing, he works with clients to create bold campaigns that reach people at the right time, in the right places, with the right messages. Beringer built and manages Golin’s global digital marketing practice and provides senior counsel to a wide array of leading brands, such as McDonald’s, Nintendo, The Patrón Spirits Company, and Cisco. He also conceived and led development of The Bridge, the first and largest network of real-time engagement centers, now operating in more than 20 regions of the world.  The Bridge helps Golin teams spot and act on marketing opportunities faster than ever before, creating content and engaging consumers and influencers based on what’s relevant to them now.

PATRICK VAN DE WILLE is Chief Communications Officer for InterDigital, a publicly traded mobile R&D company headquartered in the Philadelphia area with offices around the world. He directs or oversees all activities pertaining to communications, investor relations, marketing and market intelligence.

Mr. Van de Wille joined InterDigital in 2012, after 5 years as Senior Vice President in the corporate communications and investor relations practice of FTI Consulting. There, he helped lead the technology practice and managed client engagements for companies in the technology, financial services and resource industries. His public relations work includes executive-level positions at Ketchum and Text 100, and private consulting with a variety of companies in the US, Canada and China. His PR experience builds on ten years in journalism with The Globe and Mail and  broadcast experience with major networks in the US and Canada.