Findings from a landmark PRWeek survey of 128 clients, drawn from across in-house comms, marketing and digital departments, reveal exactly how organisations are grappling with the challenge of integrating social media into their existing operations.

The Digital Integration Report should be required reading for anyone involved in comms. There has been much conjecture about what clients want from digital, but quantitative data is still difficult to come by.

It is easy to assume, for example, that the value of social media is well understood by clients. Almost two-thirds of respondents, accordingly, see digital PR and social media as 'a real comms and business opportunity'.

Yet nearly one-third of them say they are open-minded but need to see more hard evidence of their potential value.

Even if the strategic value is accepted, deciding on specific tactics can remain complex. Twitter, picked by three-quarters of respondents, is now the most widely used social media channel.

An overwhelming majority (90 per cent) believe social media should be integrated into traditional comms. Yet, when asked where responsibility should sit, the highest proportion (36 per cent) plumped for the marketing department.

At 34 per cent, PR departments followed close behind. 'If we are to avoid being crowded out by other marketing disciplines, PR needs to build on this and continue to be the loudest and most persuasive advocate for connected digital communication,' warns Bhurji. 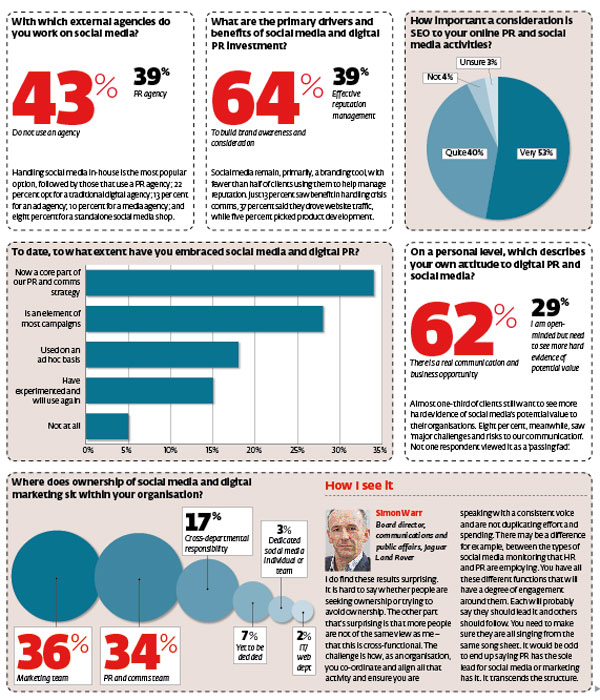 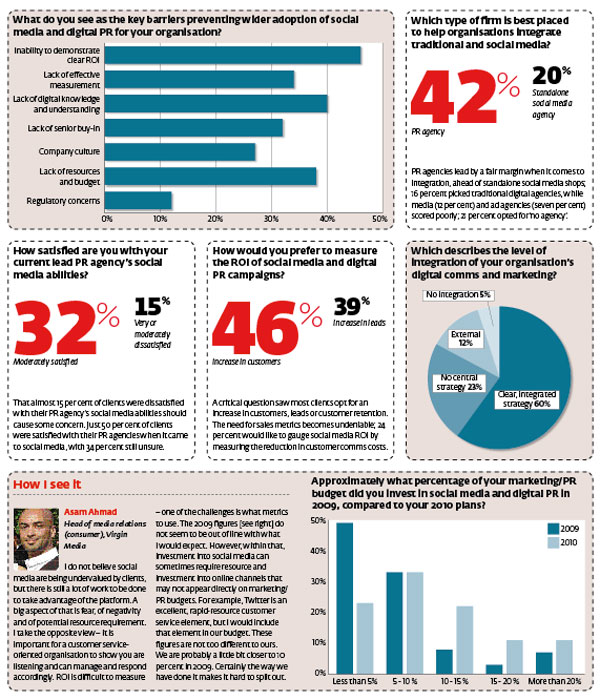