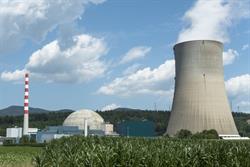 INTEGRATION INITIATIVE: Job swaps and access to other agencies’

understanding from the client

Despite all the hot air expended on the desirability of integrated

marketing campaigns, the secret of success is still client commitment to

Question: what do sex and integrated marketing have in common? Answer:

experience of the matter.

It’s a cruel jibe but one with more than an iota of truth. And it must

be so. How else can one explain away the fact that integration has been

the ‘next big thing’ for longer than anyone cares to remember?

There has been a lot of hollow droning on the subject, but at the same

truly moving towards greater integration of their communications. As

budgets tighten, consistency and effectiveness of message across the

spectrum of marketing disciplines is of major importance to clients.

The Integrated Marketing Communications Initiative (see panel on next

page) illustrates that agencies are taking integration seriously. But

what is happening on a day-to-day basis? Is integration really beginning

‘Clients now want their communications agencies to take the ‘one vision’

approach to their brands,’ says Simon Clark, chief executive of

integrated agency Clark & Taylor. ‘That is to say that at every point

where the product or service touches the consumer, the message must be

which his agency is working on integrated campaigns: Kodak, Black &

Decker, Vauxhall, Walkers and Adidas. Yet Snow thinks that not nearly

enough clients are committed to integrating their marketing. ‘I’m

to go,’ he says. ‘But there are a number of deterrents.’

A prime ‘deterrent’ is the way in which many clients are structured,

with brand, communications and advertising managers all having separate

For clients with this kind of structure, assessing a joint pitch can be

Yet some clients plainly do possess the sophistication necessary to

harness their marketing agencies to pull in the same direction. Tetley,

for instance, holds what it calls its ‘gang of four’ meetings once a

quarter. This is attended by members of Tetley’s marketing team and

These sessions are used for brainstorming and developing ideas that can

be exploited through the line. Last year’s marketing support for the

21st birthday of the Tetley Tea folk emerged in this way and, although

it was PR-driven, enjoyed input and support from the ad agency.

Confectionery company Terry’s Suchard has adopted a similar approach to

Tetley. Earlier this year it set up what it terms a ‘board of managers’

to work on several projects for brands such as Terry’s Chocolate Orange,

Toblerone, All Gold and Dime.

These boards comprise its own marketing, sales, production and research

staff as well as account handlers and creatives from its agencies, which

In order to further boost its integration, Terry’s is considering paying

its marketing consultancies ‘incentives’ for coming up with ideas that

can be implemented across an array of marketing disciplines.

‘People have to think through how the other parties can be involved,’

equation is something that other clients and indeed agencies should

consider. ‘The link with sales is critical and it’s one that’s often

brief was to help with the ‘sell-in process’ to key accounts, such as

This sort of implementation is fine, but what problems do PR

consultancies and other marketing services agencies face when they pitch

ad agency because advertising tends to be more literal.’

acts as lead agency. Often, the ad agency fulfils this role. But in many

ways PR is better suited to take on that mantle.

Motor Show, which takes place at Birmingham’s NEC next autumn. It

Charles Barker director Steve Gebbett, who is also chairman of the IPR’s

marketing communications group, holds the view that joint pitches only

presentation flows together in the ‘same style’.

It can’t be stressed enough: agencies need to develop an insight into

what other parties bring to the marketing mix. They cannot be

proprietorial about their ideas. If they are, it will be to the benefit

‘We have no axe to grind because we don’t have separate profit centres,’

Impact FCA! ‘It doesn’t matter where the money goes because we want the

Finally, a paradox. Although many of the leading PR consultancies are

part of marketing services groups that also own advertising agencies,

many of the best integrated campaigns feature agencies from separate

Common ownership, it would seem, is not the be all and end all. Agencies

can work together to produce effective integrated marketing - as long as

they and the client have the will to do so.

All-Share Index by purchasing shares in all 900-plus listed companies.

In the short space of time since then, investors have ploughed over

As PR Week reported in September, research showed that following the

launch of Virgin’s PEP, sales worth pounds 22 million could be directly

product than PR alone. For although it was PR-led, the marketing

campaign by Virgin’s agency Consolidated Communications is a good

example of how public relations and advertising can be integrated to

It all began in autumn 1994 with Consolidated managing director Alastair

over 1,000 personal finance products on the market in order to identify

opportunities, with Gornall providing a fair amount of input to this

‘It was our recommendation that Virgin went with a PEP,’ says Gornall.

‘It was a product that had a clearly defined market.’

Once the nature of the product had been decided, Consolidated worked

closely with the Virgin team on the run up to the launch, with the aim

of maximising coverage in the core target media: the personal finance

pages of the national newspapers.

for the ads, which were intended to position Virgin as a breath of fresh

air in the market.

The resulting ads carried headlines such as: ‘Guff, Waffle, Jargon,

Where possible, Consolidated sought to book advertisements in editions

that were giving editorial coverage to the product.

‘Consolidated helped us refine our own messages with some very tight

principles that then came through in the advertising,’ says Virgin

that future product design is in keeping with those principles.’

In August 1994, it appointed Grey Communications Group to implement an

integrated PR and marketing campaign across the UK, USA and Far East.

Grey Integrated - worked hand-in-hand on shaping the campaign. A third,

Grey Advertising, provided support. Their initial brief was to design

and produce a strong corporate identity for LFC, launch it to the UK and

international press, produce an interim brochure and advertisement and

up the way London was presented in the external marketing. Most of the

‘Primarily our role was as brand consultants,’ says Grey Integrated

managing director Nick Spindler. ‘I don’t think anyone had tried to

apply the concept of a brand to a city before. Our job was to analyse

the rational and emotional aspects of London as a brand.’

Objectives of the campaign included creating awareness of LFC and

positive light. The campaign was developed on the back of research

carried out by the Henley Centre on the location requirements of

To spread the message, LFC and Grey enlisted over 400 of London’s top

businessmen to act as ‘envoys’ selling the capital worldwide. This

product,’ says GCI director Nicholas Walters. ‘There was a lot of hot

The agencies reported to LFC’s chief executive Honor Chapman, who was

Walters, Chapman and Gordon Clark were the nucleus of the campaign team

- working together on campaign R&D for eight months prior to its launch.

‘London is an incredibly complicated product, which is why I went for

IMCI integration provide the first step on a long road

The Integrated Marketing Communications Initiative (IMCI) will be two

years old in February. But its birthday celebrations are likely to be

The initiative was born out of good intentions, with the trade bodies

for PR (PRCA), advertising (Institute of Practitioners in Advertising),

marketing (Direct Marketing Association) coming together in an attempt

to improve understanding of what each contributed to the marketing mix.

to what their counterparts in different disciplines had to offer,

consultants and marketers would learn about integration and be in a

better position to service their clients.

While the logic behind the initiative remains unimpeachable, it has

‘The truth is that it has plateaued,’ says PRCA chairman Quentin Bell,

the driving force behind the initiative.‘We have all agreed in principle

work placements in other agencies. We’ve had a few but it’s

disappointing. It needs a concerted effort to keep it in the mind’s

Funding is a bone of contention. Bell was outvoted three to one when he

proposed raising money for a campaign promoting the benefits of

integrated communications, even though he suggested that it might be

possible to part-fund this with cash from the DTI.

However, although IMCI hasn’t set the world on fire it would be wrong to

dismiss it as a failure. Over 60 agencies are offering work placements

or places on their training courses to people from other disciplines,

‘We’re still driving forward,’ says Bell, ‘but not at the pace I’d

IPA director of training and development Miranda Kennett adds: ‘My own

but only a first stage. That doesn’t necessarily teach you integrated

thinking. So next year I’d like to see how we can start to get people

Wonderbra has taken another high-profile twist, with a revolutionary new

responsible for duping commuters into thinking they had just discovered

Herzigova waiting for a bus in little more than a Wonderbra.

It was Eurospace who initially flagged up the Adshel concept, which

involved TBWA photographing a bus stop stripped of ads and then

superimposing a photograph of Herzigova modelling the Playtex product.

Jackie Cooper then arranged a national photocall of the flagship bus

stop on Kings Road on 30 November.

a ‘brand community’ responsible for relaunching Wonderbra in 1993 when

the licence transferred to Playtex from Gossard. In the first year of

marketing team, plus ad agency TBWA on positioning Wonderbra as a

generic for the ‘push up and plunge’ category.

Due to licensing restrictions, the team was unable to launch a consumer

PR or advertising campaign until January 1994. But its initial focus on

the trade press and on key trade accounts, followed up by the memorable

Wonderbra advertising campaign, succeeded in almost tripling the size of

the ‘push up and plunge’ market sector, from only 3 per cent of the

of interest in Wonderbra. The new Herzigova ad is the culmination of a

year of high-profile activities including a charity fashion show

organised in conjunction with the fashion industry Aids charity

with the launch of TBWA’s latest ad campaign.

beginning we knew that the relationship between advertising and PR was

make every marketing pound worth its weight in gold.’

Case study: Elida Gibbs gets in a lather over Organics

Organics as the second biggest shampoo brand in the country.

This achievement was largely due to the integrated approach to marketing

adopted by the client and its agencies, with PR consultancy Burson-

with marketers from the client to form an ‘extended brand team’.

The success enjoyed by rival brand Pantene’s strategy of publicising

its endorsements from journalists and beauty experts persuaded Elida

Gibbs and its agencies that their own communications should be tightly

Two consumer magazines - Hair Magazine and GQ - were identified as

reaching appropriate audiences and having the substance to impress

customers with their verdicts. The former was selected because its

readers clearly appreciated hair and beauty advice; the latter because

These 3 cultural truths are the key to Hispanic healthcare marketing

Polansky: A class act who leaves big shoes to fill

Inside the cruise industry’s aggressive pushback against the CDC