Who is in the hotseat?  Graeme Buck, Associate Director

Sum up your agency’s 2008 in three words: Best year yet

Three best public sector client or campaign wins: We renewed our relationship with WRAP (Waste & Resources Action Programme) and were reappointed by The Carbon Trust after open market tendering.   We were also commissioned on several new Environment Agency projects targeted at the SME sector.  These are all high profile, demanding assignments at the forefront of our business strategy.

Public sector highlights of 2008: In addition to the above, we were appointed to the COI PR framework for its Environment Lot and by Hertfordshire County Council on a waste communications brief.  The year also saw us consolidate our work with the UK’s foremost advisory body on housing affordability, the National Housing and Planning Advice Unit.

Staffing overall 2008: In common with many agencies overall staffing growth levelled out.

Plans and predictions for public sector PR in 2009:  We are confident of further growth in our public sector work.   We aim to expand our regional offer to cast our net wider.  In terms of the wider market, although spending cutbacks are inevitable there will be areas where spending could actually increase – renewable energy and any activity which combats global warming for example.  Budgets will be under pressure but most enlightened public sector professionals recognise that agencies who offer real value for money, and those who offer bargain basement deals, are two different things.


What are the main challenges facing public sector PR? Public sector clients are increasingly sophisticated buyers and they want to work with agencies that understand their drivers.  We deliver real value and high quality service from committed, bright people with a real interest in the accounts they work on.   What’s also critical in identifying future work is looking at public sector bodies as deliverers of central and regional government policy. Monitoring emerging policy can help pinpoint market opportunities – albeit it can be a slow process as it takes years to emerge from the other end of the sausage machine!


How is the recession affecting the public sector, in your eyes? We are seeing early signs of public sector spending cutbacks – a trend that will grow and which will be a key battleground at the next election.  The mood in the country has changed and the public seems much more accepting of the need for cuts in public spending.  If the Tories win the next election, it will be a question of not if the axe will fall, but where and by how much.  The more the PR can prove its worth, the greater likelihood that campaign budgets will be less affected than those for, say, advertising.  In terms of new communications opportunities, the recession means that businesses, particularly SMEs, need more support to guide them through troubled times.  The public sector is there to do that, and that means new marcomms campaigns to put the right message across to the right business.


One thing you won’t know about the agency: Our name comes from the famous breed of horse known for its agility, stamina and intelligence. 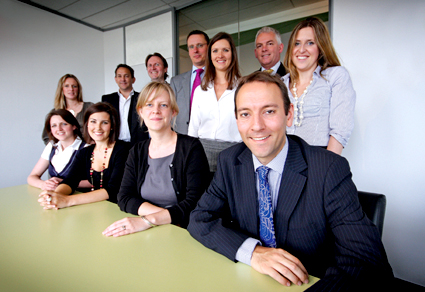