Daniel Martin, health reporter on the Daily Mail, is to cover political reporter Kirsty Walker’s maternity leave from next week.

Freesheet thelondonpaper has hired Alexa Baracaia as its arts and entertainment editor, replacing Lottie Moggach. Baracaia was media and showbusiness correspondent at the
Evening Standard, where she has been replaced by reporter Amar Singh. 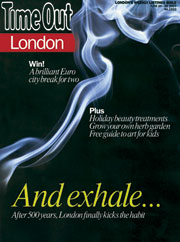 Catherine Boyle has joined the show business section of the Daily Express as a reporter. She was previously a beauty writer.

Chris Bourn has been promoted to deputy editor at Maxim from his role as managing editor.

Model and journalist Saffron Aldridge has been made women’s editor at GQ. Her section, entitled ‘What she wants’, will commence in March 2008.

Newsco has added a title to its Insider series of business magazines. South West Business Insider will focus on the Bristol area, Gloucester, Wiltshire, Dorset and Cornwall. The editor is Michael Taylor.

FT.com has hired Richard Edgar as its first head of video. He will report to editor James Montgomery.

Future Publishing is to launch website musicradar.com following the successful rollout of gamesradar.com and bikeradar.com. The portal will include news, reviews and features
aimed at amateur and professional musicians. The website’s publisher is Katherine Raderecht.