Launch editor David Parsley has stepped down from his role at business freesheet City AM for family reasons. The paper is recruiting a replacement.

Hugh Muir has been appointed editor of the Diary section of The Guardian. Muir, currently a senior reporter on the home desk, takes over from Jon Henley, who becomes a features writer on G2. Separately, Jessica Moore is covering the position of editor of The Guardian’s education supplement while Claire Phipps is on maternity leave.

The Financial Times has hired Matthew Vincent, editor of Investors Chronicle, as FT Money’s personal finance editor. FT Lagos correspondent Dino Mahtani is now energy reporter while Carola Hoyos is on maternity leave. Alex Barker has moved from the US to London to take up the post of political correspondent at the FT.

Priscilla Pollara has started as diary reporter at the Evening Standard, replacing Esther Walker who is moving to The Independent.

Riazat Butt is taking over from Stephen Bates as religious affairs correspondent at The Guardian. Butt was previously a general news reporter and presenter of The Guardian’s weekly Muslim podcast Islamophonic. 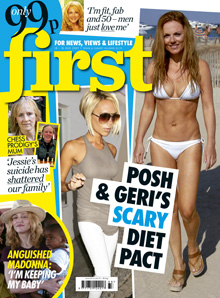 First magazine is being revamped after the arrival of editor Jane Ennis. From early September, everything except the name will change at Emap’s weekly celebrity gossip magazine.

Evolution Media Associates will launch Aural Magazine, a glossy lifestyle and society publication for men and women aged 18 to 28, this autumn. It will provide a forum for young journalists. The editor is Edmund Glover.

BBC London and BBC Breakfast presenter Matt Barbet will join the Five News team in October. He will be a news correspondent and will also present Five’s weekday shows and weekend news round-ups.

BBC Wales is launching Sport Wales, a half-hour weekly sports magazine show, next month. It will include features, profiles, and news about all sports. Joe Towns and Ashleigh Crowter will produce.

Sumant Bhatia will join The Daily Telegraph as video editor to help the paper expand its video programming with partner ITN. Bhatia, who was a senior broadcast journalist at the BBC, will report to new multimedia editor Guy Ruddle, who was promoted from podcast editor.

Emap has relaunched football magazine Match’s website, matchmag.co.uk. It now includes football news, video tips, message boards and extended features from the magazine. Euro 2008 will be a major part of the site.