The Daily Telegraph is reorganising its City desk. David Litterick takes over as editor of investment advice column Questor. Yvette Essen is insurance and pen­sions correspondent. Online reporter Ben Bland takes over the market report. Jonathan Sibun is joining from Financial News to cover the leisure and consumer goods beat.

News of the World sports reporter and GadgiT con­sumer technology co-editor Mark Gilbert is moving to The Sun Online as assistant sports editor. Trevor Davies will continue to look after the GadgiT column.

The Business has appointed Mark Leftly as business correspondent. He is currently assistant editor of CMP’s Building magazine.

Fiona MacLeod has been appointed education correspondent for The Scotsman. She was formerly education reporter at Cumberland News.

Talib Choudhry has recently started at men’s magazine Arena as associate editor. Previously interiors editor of the Sunday Times’ Style magazine, he will take responsibility for the Style and Life sections of Arena. 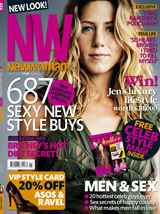 Scotland’s Sunday Herald has been redesigned to com­prise just three sections, including an expanded main section with a new opinion and debates plat­form. Busi­ness will be folded into the main section, while Seven Days is incor­porated into the magazine.

Catherine Jacob will be replacing Robert Nisbet as Sky News environmental correspondent. Jacob previously worked at Five News as a correspondent and reporter. Nisbet has moved to the US as Sky’s Washington correspondent.

Suzi Dixon has been appointed health, beauty and family editor of The Daily Telegraph’s online edition. Dixon was previously a production journalist for the news­paper’s print edition.

Goodtoknow.co.uk is a new women’s lifestyle website from IPC Media, covering health, diets, recipes and nutrition. The site is edited by June Smith-Sheppard, editor of Pick Me Up.

M Style, the glossy lifestyle maga­zine for the Midlands, is relaunching with its autumn issue. It is aimed at men and women aged 22-30. Amrit Sahot is the editorial contact.