Tim Lewis, former editor of The Independent on Sunday’s Review section, is the new editor of Observer Sport Monthly. He will join The Observer in September.

Grace Bradberry, deputy editor of The Times magazine section, is the main contact for gardening after Annie Gatti’s departure as gardening editor.

Psychologies magazine associate editor Rufus Purdy is the new editor of hotel guidebook and website Mr and Mrs Smith. The travel guide founder and outgoing editor Juliet Kinsman goes on maternity leave next month and will return in the role of editor-in-chief.

Redwood Publishing is producing a new customer magazine for Virgin Media, with the first issue to be published in early October. Mark Hooper is the editor and main contact.

High Life magazine acting associate editor Emily Mathieson is moving to Condé Nast Traveller. She will be replaced by Francesca Syz for the rest of Angelina Villa-Clarke’s maternity leave. 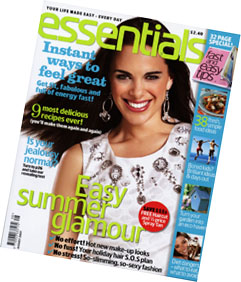 Energy FM has hired Lindsay Walker as a reporter. Walker joins a four-strong news team at the Isle of Man radio station.


Paul Johnston has joined Yahoo! UK in the newly created role of TV & video editor. He was previously TV editor at AOL.