Once his successor as managing director of the PRCA has been appointed, Patrick Barrow will shortly be free to leave his role at the PR agency trade body for his new post at Ketchum.

Barrow will become Ketchum’s first managing director of corporate since Paul Baverstock left to pursue a career in politics in 2005.

In the interim, Ketchum’s corporate clients have been managed alongside consumer accounts, and this part of the business has swelled – despite not having a dedicated head of practice. It now numbers 15 staff and clients include World Economic Forum, FedEx, Nokia, Baxter Pharmaceuticals and Towers Perrin. Corporate revenue is thought to stand somewhere between £2-3million.

‘We’ve been in a search for someone like Patrick since the end of last year,’ admits Ketchum London CEO David Gallagher. ‘Our corporate business has grown faster than the others, albeit from a lower base than consumer and healthcare.’

Gallagher adds that he had the rare opportunity to observe Barrow in action in the ‘Petri dish’ of his PRCA role. His evident skills, coupled with a strong client-side corporate comms track record for previous employers such as T-Mobile, Thomas Cook Travel and the Telegraph Media Group, convinced Gallagher that Barrow was an excellent choice to build on the momentum in the corporate field.

Room to improve
The appointment is intriguing not only because it involves an industry figure as well known as Barrow, but also because it puts Ketchum in the spotlight. Globally, the Omnicom-owned brand is a heavy-hitter, with 23 offices of its own, 45 affiliates and a roster of blue chip clients.

There is a feeling, however, that it has punched somewhat below its weight in the UK market.

Practice areas that are strong in other countries – such as technology, public affairs and sports marketing – have not flourished to the same degree in this country.

Arguably, there has been an over-reliance on global clients at the expense of a crystal clear UK proposition. ‘The agency is aware of the fact that it needs to push their UK profile,’ concedes Barrow. ‘That’s not a secret. But given that a lot of its clients are internationally based anyhow, a purely UK positioning wouldn’t make a lot of sense.’

A problem for Ketchum is that, though respected, it is not perceived as one of the hottest agencies in a highly competitive London market. Competitors do not quake at its mention.

‘Ketchum is solid, a name, but also something of an enigma,’ says The Red Consultancy chief executive Mike Morgan. ‘It clearly is doing all right, but it is a bit vanilla.’

Cohn & Wolfe chief executive Jonathan Shore adds: ‘Some UK operations of big networks carve a distinctive niche out from their umbrella brand. I think you could argue that the guys at Edelman and Weber Shandwick have done that, but I’m not so sure they’ve done it as well at Ketchum.’

Needless to say, one wouldn’t expect rival consultancies to talk up the competition. Yet the peer assessment does seem to have some substance.

‘I don’t think we’ll ever be a loud, brash, “look at me” agency,’ admits Gallagher. ‘I’m happy to continue being a well-kept secret as long as the returns are good.’

Under the constraints of the Sarbanes-Oxley Act, there is no way of being sure about Ketchum’s current performance. However, there are some positive signs. 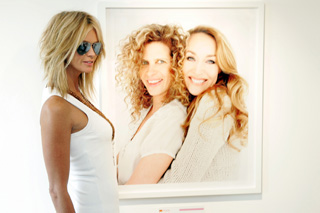 Although Avril Lee, the managing director of healthcare, is on maternity leave, that part of the business appears still to be motoring and is currently being run by Susannah Knox and Sébastien Desprez. As PRWeek reported last week, the team has been boosted by the appointment of two new account directors to work on high-profile business.

Charlotte James, meanwhile, joins from Shire Health PR next month to handle global work on Roche’s Tamiflu – a major win for the company earlier this year.

Good reputation
The consumer business, which has its roots in a 1990s merger with the remnants of Lynne Franks’ much-parodied yet seminal PR outfit, is still renowned for delivering high-quality, high-impact campaigns. Going forward, Gallagher says the intention is to develop a credible public affairs offering, either through senior hires or acquisition.

Despite occasionally hiding its light under a bushel, Ketchum gained bragging rights as one of only three PR agencies selected for the Financial Times Great Places To Work list in 2007, and was the lone international one.

‘Maybe other agencies are better than Ketchum at blowing their own trumpet, but it has got stability at the top and great training programmes in place,’ says one still enthusiastic Ketchum ex-staffer.

Talk PR CEO Jane Boardman, another former employee, praises Ketchum for having ‘nice’ people, good at both strategy and implementation. Boardman is still in regular contact with her former agency as Talk, like Ketchum, works for FMCG giant Procter & Gamble.

A low-key approach can sometimes be detrimental in this business, but Ketchum is enjoying solid growth, and with the addition of Barrow among others is boosting its senior talent.

A lot of Ketchum’s business has come on the back of its US work. But if Ketchum wants to carve out a stronger identity for itself, the UK team will have to land more clients autonomously.

Owner: Omnicom
Established: In the US in 1923.
London staff: Circa 150
London CEO: David Gallagher