When the CCO of an iconic auto brand talks about brand reputation, any comms pro would be advised to pay attention. Such an opportunity was recently afforded to PRWeek’s audience during this webcast, How Volkswagen uses real-time data to manage its brand reputation, presented by NewsWhip.

This conversation featuring Volkswagen’s Cameron Batten and NewsWhip’s Paul Quigley offers so many examples and tactics that will help you leverage real-time data to protect and boost your own brands.

The application of data analytics for the comms function continues to expand as tools become more powerful and comms pros become more adept at using them.

“We're bringing real-time data and that's bringing new possibilities, new behaviors, new ways of making decisions,” explains Quigley. “All technology is inert without smart people putting it to work. And that's really the case with monitoring technology such as ours.” Given that reality, it comes as no surprise to him that more and more comms teams are employing those with quantitative and analyst backgrounds.

Point blank: Data analytics are now an integral part of any CCO’s role. Look no further than Batten, who underscores that the CCO’s job mandates he or she surf the news cycle “to know what the waves are and to navigate accordingly.” Data analytics, he continues, can set context on what conversations the public wants to have, which the media want to have and where those intersect.

Both speakers agree that comms teams that take the time to identify which tools to use to monitor data and then imbed those tools into workflow across the company achieve the best results.

“It takes judgment, honest dialogue with your own team and also with your functional partners – especially government affairs and marketing – so everyone is benefitting from that real-time data,” says Batten.

Mastering the skill of customization

Creating customized functions also allows a comms team to pinpoint for specific data they want. Setting up a dashboard is a lot like “customizing the settings when you get a new phone or new computer,” suggests Batten.

“Unfiltered, real-time data is like drinking from the firehose,” adds Quigley, “so a really important element of any real-time data setup is the filters that you put in place.”

“This is not a skill that you learn overnight,” counsels Batten. “It is something that takes time and practice. It also takes discipline and fine-tuned settings. We try to configure it in a way that is very fluid, according to our business.”

That ability was invaluable for Volkswagen last year when it had to navigate a comms challenge after a shipping vessel carrying some of its vehicles was involved in an accident at sea.

“One of our brands offers consumers an app that allows them to track their car from the time of purchase until it arrives in their driveway,” explains Batten. “It provides great transparency and brand affinity, but, unfortunately, in moments like this where the vessel stops in the middle of the ocean, you've got issues and problems.”

“The tools that helped us understand who knew what were critical during that period,” he continues. “Even in the first moments, we were able to see very clearly that certain customers of certain brands knew more than other customers or dealers or even leaders and employees of those companies. It quickly illuminated who was talking about this topic, in what forums and how information was spreading across various journalists, media outlets and influencers.”

As the story gained steam, real-time data allowed Batten to make sure messaging was aligned and managed by the parent company in Germany. It also told them when chatter was spiking and waning.

“It's something we continue to monitor,” he points out. “It's one of the dashboards that we set up. I can manipulate thresholds so I know when things are taking off on social and when something needs to be actively managed.”

Having a dashboard to extract real time data was critical to managing this situation.

“It helps you see around corners – and in an issue like this, there were multiple corners,” Batten says, adding that big companies have the most complex issues that can touch on logistics, relationships with suppliers and carriers and even environmental impact issues.

“There's a lot you have to learn and leverage,” he suggests, “and this let us see around corners faster and put our point of view out there in a way that we couldn't have done 30 years ago.” 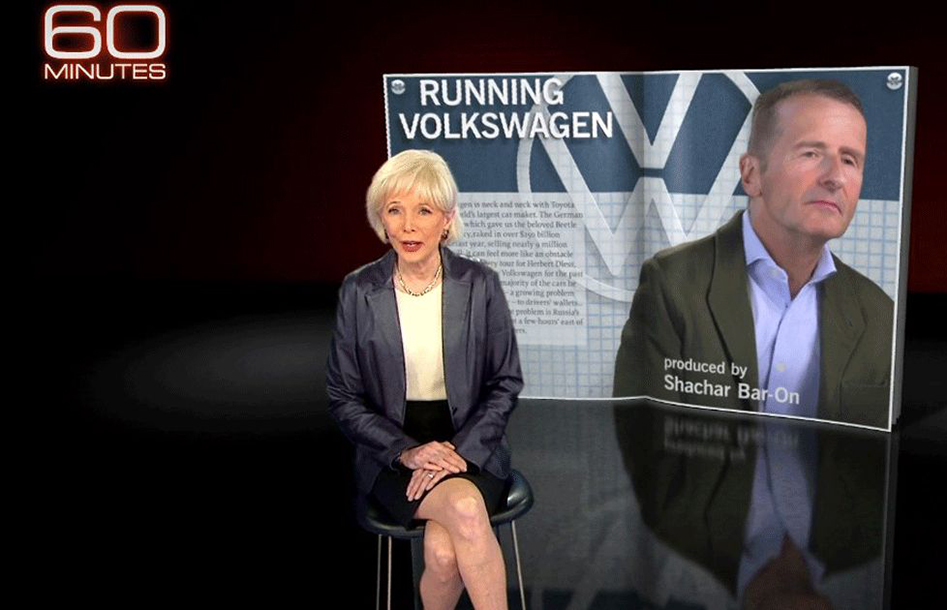 Between the time the "60 Minutes" segment featuring Herbert Diess filmed and aired, Volkswagen used a specific dashboard to educate the producers.

Building “buzz” as only data can

Data shines again in another example Batten provides, this time around the launch of the ID.Buzz at South by Southwest last year.

“The ID.Buzz is a once-in-a-lifetime opportunity to bring back something so iconic to this brand,” he starts. “We looked at how to clear the lane of any distractions that could take away from this key moment.”

The team used the NewsWhip dashboard to determine “who was going to be there, what they were there for, what they were talking about and if it added to our conversation or allowed us an opportunity to engage with them at the event itself,” Batten explains. His team set up Buzz stops throughout Austin to showcase the vehicle, used a fleet of multicolored buses to transport VIPs and brought the ID.Buzz to speaking sessions so speakers and influencers could experience the product.

Volkswagen chairman Herbert Diess did a live hit on CNBC from inside the bus on the streets of Austin. Lesley Stahl did a 60 Minutes segment with Diess at a coffee shop in East Austin. Between the time that segment was filmed and it aired, Batten turned on a specific dashboard to proactively educate the producers.

“The best thing you can ask for when you're dealing with 60 Minutes is a wonderful platform, but it's also high stakes,” he notes. “You want to use that opportunity to educate around the brand during a very specific fact-checking period. We used that so that the Buzz could shine, the company could shine and the comeback story could really play out in the way that we wanted it to.”

Batten believes that analytics help a comms team make sure the truth about a brand is “out there in the positive way.” He encourages his team to deal head on with coverage that is unfair, misinterpreted or one-sided.

While some issues need to be addressed, many amount to nothing.

“A lot of the time a tree falls in the forest and no one hears it. Most issues that are sensitive don't pick up much engagement and having the data to tell you that is valuable,” adds Quigley. “That's been a big learning for us in the past couple of years.”