News is traveling faster than ever. The audience to whom it is being distributed is broader than ever. Beyond the impact that reality has on every communicator’s daily job, the potential has risen exponentially over the past few years for trending – and often controversial – issues to impact your overall business.

Advice was plentiful on this webcast, Consumer insights: Getting more bang for your buck, which focuses on how PR pros on the frontlines can prepare for all the possibilities and brand ramifications, in the short and long term.

The communications process begins with listening to what consumers are saying about the brand and “pulling out those behaviors, those insights, and building them into relevant pieces of a campaign or opportunities to go even larger,” says Taco Bell’s Matt Prince. From there, they determine “what's relevant to the outlets, to the journalists and to their consumers,” and leverage the appropriate platforms.

Whether a brand gets good or bad outcomes depends on the goal.

“The PR process is aimed at building trust between the organization you're representing and their target audience,” suggests Michael Zucconi of communications agency BAM. Which is why it’s so important to clarify expectations and “discuss the why behind the comms plan and the results the team is going to secure.”

Taco Bell’s campaign goals typically fall into two categories: Those impacting sales overnight and those impacting the brand over time.

The latter is to “keep Taco Bell top of mind,” Prince explains. The emergence of Gen Z, however, has changed the outcome of those brand-over-time moments – resulting in sales, a new category of brand overnight insights and a move away from mass influence to “smaller, niche communities. Infiltrating those niche communities may not be as large of an impact, but it's resonating a little bit deeper and more meaningfully and authentically.”

Using insights from NetBase Quid, Taco Bell has successfully tapped into the sentiments of conversations and consumer behavior, particularly within those niche communities.

For example, after the decision to discontinue Mexican Pizza caught the attention of a few prominent influencers including Doja Cat and Dolly Parton, Taco Bell took notice. While the numbers did not indicate the item’s popularity, the consumer insights and social-conversion numbers did. With the help of Doja Cat, they announced the product’s return at Coachella. When the product sold out, fans were once again upset. Taco Bell worked through the supply issues and produced a version of Victor Kunda’s Mexican Pizza: The Musical featuring Doja Cat and Parton for TikTok to coincide with its re-release.

“We couldn't have scripted something like this and been able to show up in a way that was true to the fans,” Prince notes. Taco Bell “harnessed that passion, the realness of the consumer and built it into something that was even bigger than we ever could have imagined.”

Another popular offering, the Taco Bell Wedding, was inspired by customer proposals with sauce-packet sayings, Cantina wedding photos and reception catering. Taco Bell has performed more than 800 weddings in Las Vegas since launching five years ago.

“It is the literal translation of brand love,” offers Prince.

Working with NetBase Quid helps Zucconi understand the impact of social conversations and direct his thinking about trends, messaging and audience.

The key is to use “multiple forms of intelligence to inform the strategy and understand what competitors are doing, what their cadence of announcements are, what they're discussing,” he explains. After a funding announcement, for example, he looks not only at the coverage, but also at online conversations to see if there are opportunities for the CEO to join.

That authenticity is critical though. “Consumers and our audience can easily read through ghostwriting or people trying to jump in for the sake of it,” he adds.

The shorter life cycle of trends can make it difficult for a company to become part of a conversation or react to competitors. This is especially true within the food sector, Prince says, noting that it took eight months to harvest enough chilis to produce the Mexican Pizza sauce.

“We can't just bring something back like that based on trends,” he explains. “We have to take the time and build out what makes the most sense for the operation.”

A clear brand vision helps Taco Bell decide whether or not to engage in social trends. If a competitor’s logo could just as easily replace theirs on a message, they pass.

“It keeps us authentic to ourselves, consistent and a little bit tougher on what we're able to say yes to,” admits Prince. For example, when a discussion about spending $28 on a Taco Bell lunch went viral, the company responded with a digital offer for those that could actually spend that much because no one else could.

“Making sure that you have a clear place with what's happening within the world, within the insights is by far the most critical piece that you can have for a successful campaign,” he advises.

Unlike established companies, early- to mid-stage startups want to be heard and participate, especially when their competition is making noise.

“That's when it can be a sticky situation of making recommendations,” suggests Zucconi. “It's best to hear what they want to say so I can provide the best counsel possible.” The key is to determine whether or not a brand will add value to the conversation. If not, it can “actually be more damaging” to the brand. 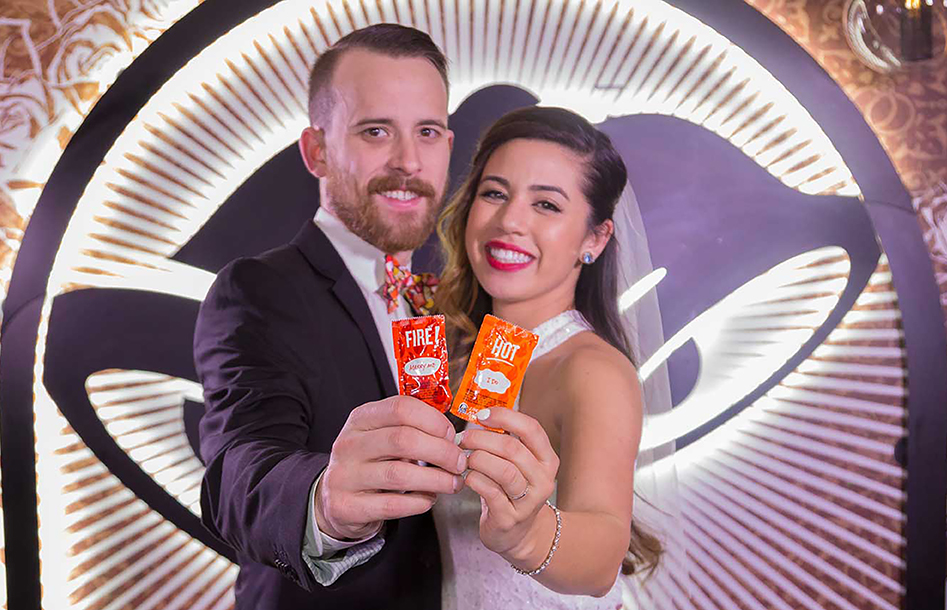 Taco Bell Wedding is among numerous examples shown during the webcast to highlight the brand's customer-inspired successful campaigns.

Making the most of moments

Cultural moments provide an opportunity for brands to engage with consumers when relevant.

“As a consumer, when I see brands jumping into a conversation to just jump in, you effectively turn me off of your brand,” Zucconi says. His advice: Identify the moments that will resonate with the audience and prepare relevant messaging. “A good result is one that is authentic and feels like we're adding value. We're not just trying to get some likes or stir some controversy.”

The Taco Bell Drag Brunch is a great example of a brand authentically tapping into a cultural moment. After noticing an unexpected connection between the brand and the drag community, Taco Bell partnered with It Gets Better to launch a five-city, 10-show tour featuring queens in local markets.

“This amazing experience wasn't Taco Bell-first, it was community-first,” Prince recalls. The funding of It Gets Better grants helped “showcase that it wasn't just tapping into Gay Pride Month or a moment in time, but it was a lasting and meaningful component of who our brand is and who our consumer is.”

For those who find themselves in crisis mode, it’s important to get ahead of it as soon as possible. Often “clients don't practically share a potential crisis until it's real and that puts us really far behind,” Zucconi laments. “Be proactive in developing the messaging for all scenarios that you can foresee happen should this crisis hit.”

One of the most important things a company can do in a crisis is listen.

“It's been so important to monitor because the days of people calling a hotline are gone,” Prince concludes. “We have a chance to be first to see some of those things and we can engage and monitor. If things get to a certain point, we can take charge and move quickly. Hopefully, we have answers already, because we've been working on it since we saw it from its inception on social.”