The midterm elections are Tuesday, and there has been no shortage of money spent on political advertising leading up to the vote.

Candidates spent a record of nearly $17 billion on ads ahead of the midterm elections, many of which were not only negative and divisive, but misinformed the public.

On the fringes, nonprofits, brands and creative agencies have been investing their own money to sway voters on social issues, from abortion rights to climate change.

Campaign US rounded up some of our favorite campaigns looking to influence tomorrow’s vote.

Fridays for Future US and Fred & Farid Los Angeles

Greta Thunberg’s climate movement, Fridays for the Future, tapped creative agency Fred & Farid Los Angeles to develop a campaign that pokes fun at Americans’ obsession with Alien invasions at the expense of addressing the very real harm and danger we’re causing our planet.

The four posters depict ways that humans are already destroying the planet more than aliens ever could, from drilling to deforestation. They aim to highlight to voters that 139 elected officials in Congress deny human contributions to climate change. 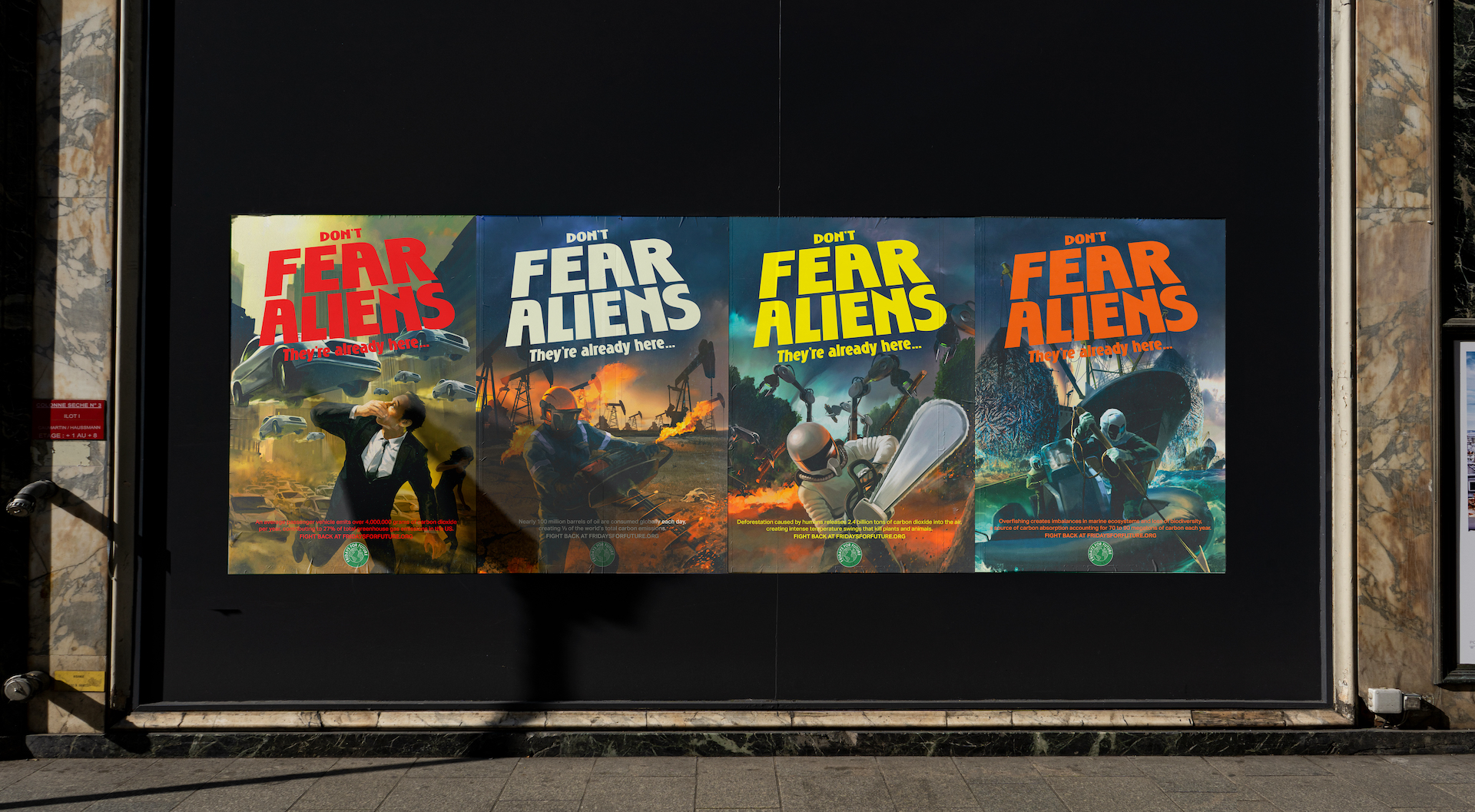 Metaverse real estate app Atlas:Earth partnered with TurboVote, a digital tool that helps people navigate the voting process, to drive its more than one million registered users to hit the polls.

For three days leading up to the election, the platform will display voting awareness banners throughout the game that it claims will be viewed at least 1.5 million times.

The campaign, created with Tombras, aims to teach people to think critically and skeptically about the metaverse. Users take a four-chapter lecture course and quiz on misinformation to receive an NFT diploma. Students will also receive NFT wearables from the ‘bookstore’ and can scan a QR code in the ‘cafeteria’ to get a coupon for a free box of Steak-umms.

Anomaly creative Brian Moore developed a game called Abortion Bus, which highlights the extreme lengths women in Texas must now go to receive an abortion — in some cases, up to 1,500 miles or 23 hours.

The game consisted of a 23 hour livestream on Thursday Nov. 3 that aimed to instill empathy in its viewers by bringing them along on the journey women in Texas have to take to receive abortion care. It aimed to raise awareness and support for Fund Texas Choice, a non-profit that pays for women in Texas to travel to abortion clinics. 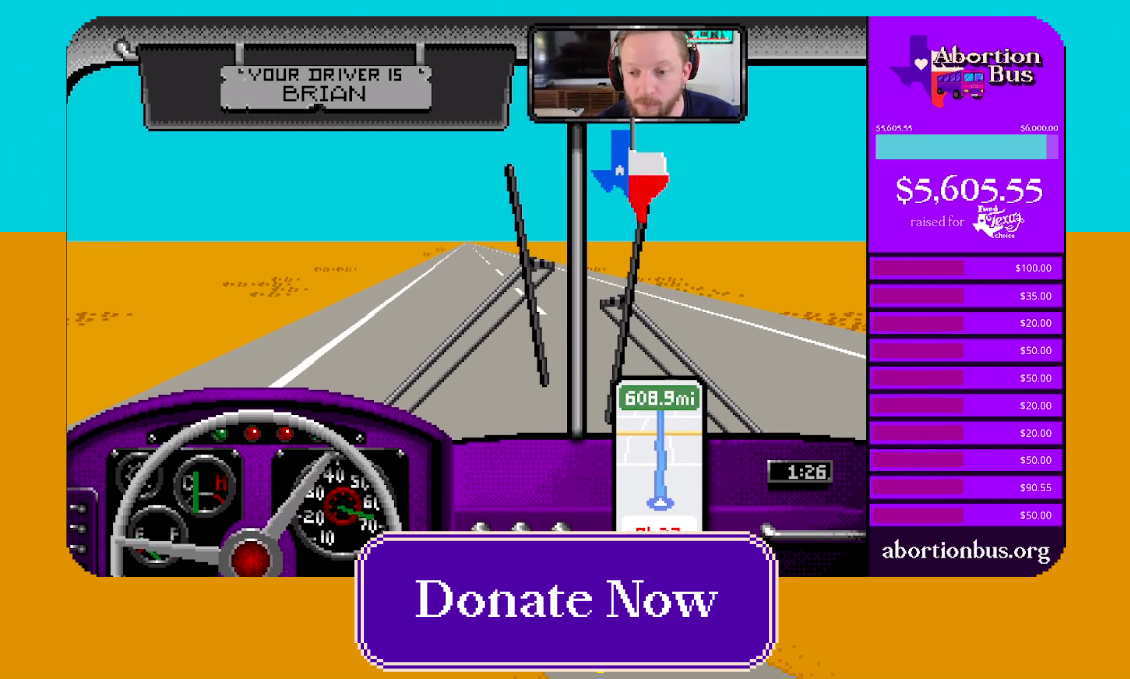 In addition to amplifying the faux-product with video creative and a website, the campaign will include an in-person canvassing effort in Bounder and the University of Colorado campus — as women in their 20s account for more than half of abortions in the U.S.

“Insert protection from conservative flow,” reads the pamphlet. “Using your fingers, gently slide your preferred lawmakers into place with your votes. Be sure to apply enough pressure so that your voice is heard and they land securely in place in office.” 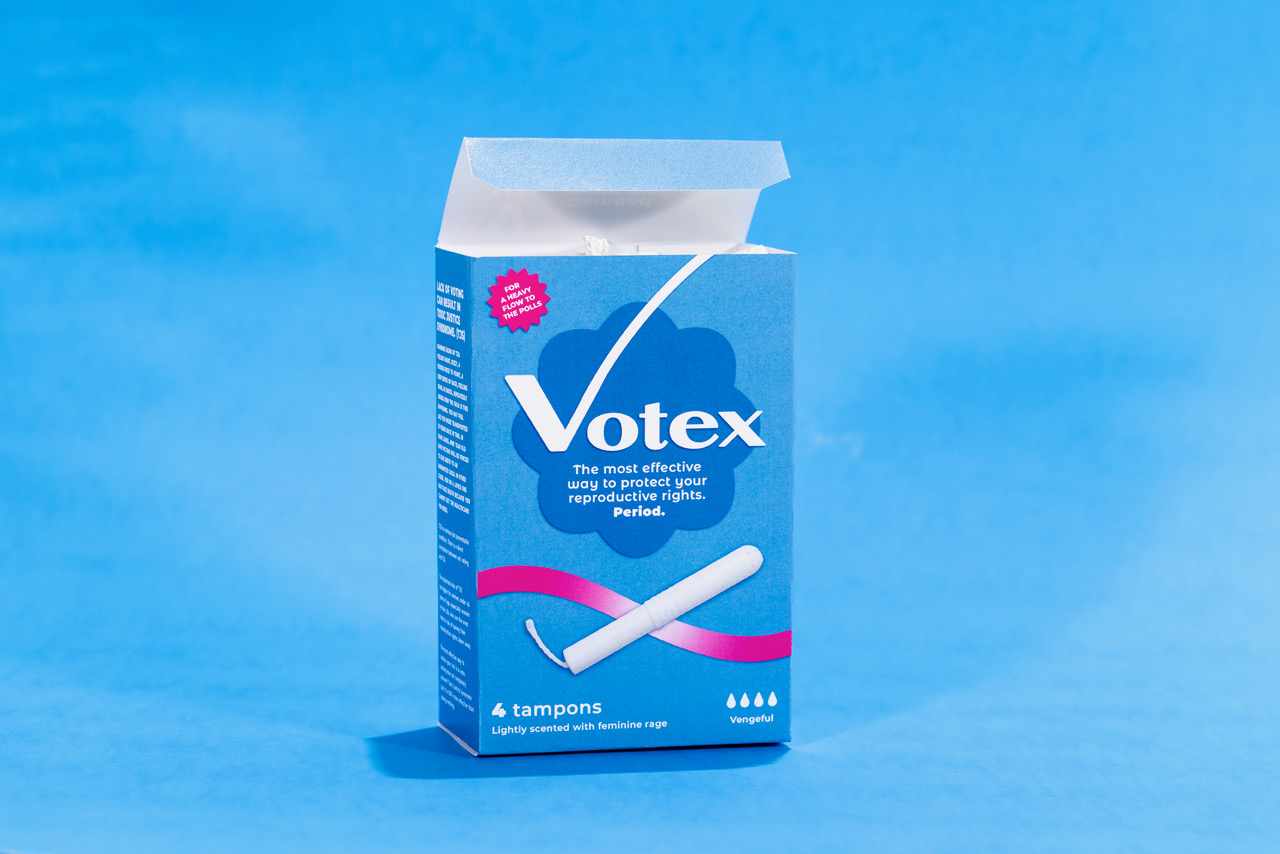 The Equal Rights Amendment Coalition and Ogilvy have incorporated a new entity, WOMAN Corp., to draw attention to a disturbing truth: The U.S. Constitution offers more protections to the rights of corporations, which it classifies as “persons,” than it does to women.

The campaign, which aims to create at least one woman whose rights the government will fight to protect, is introduced with a three-minute video starring Stranger Things’ Gabrielle Pizzolo. The goal is to raise awareness that the U.S. government continues to fight for and expand the rights of corporations while it  strips away women’s rights.

Nonprofit Texas Civil Rights Project and ad agency Preacher have teamed up to redesign the iconic “I Voted” sticker to highlight the struggle people face to vote in Texas, exacerbated by the passage of a new SB1 law that further restricts the vote.

The extra long “I…Voted” sticker outlines the lengths Texans must go to cast a ballot, including being denied opportunities to vote by mail and at a drive-thru, to being forced to take an unpaid day off and paying for a sitter to exercise their right to vote.