As stakeholders increase their demands on businesses to provide societal leadership, the pressure on CEOs to inform and shape their corporate brand position is building.

Edelman’s Future of Corporate Communications report tells us that 51% of CCOs rank “corporate positioning” in their top five areas of most strategic importance. At the same time, the lines between product brands and their parent corporations have blurred. Edelman’s Trust Barometer research revealed that 59% of consumers say they will stop buying a brand if they don’t trust the company.

A panel of top comms execs discussed how their corporate brands are responding to heightened expectations and developing, what Edelman’s Sheila Mulligan calls, a “loud voice in the marketplace and a clear stance and action of how you are showing up in society.”

To a person, each member of the esteemed gathering agrees that mission and positioning are now an essential component of how brands present in the marketplace.

“Purpose and mission set you apart from every other company,” says Lauren Russ of Baxter International. A stated purpose can also help consumers perceive an established brand in a new way.

ConAgra, a 103-year-old company, has shifted from an agriculture and farming position to a consumer brand focused on “modernizing categories such as frozen food,” explains the brand’s VP of comms Mike Cummins.

Even companies that aren’t consumer facing view purpose as a “guiding force on where to stand up and what to say,” notes ADM’s Brett Lutz. The company is focusing on consumer-interest issues such as food security, health and wellbeing, and sustainability. For example, at a time of heightened supply-chain issues, it was able to move crops in Ukraine through its own transportation networks. With sustainability a huge concern for consumers, ADM’s partnership with PepsiCo on a large regenerative agriculture project creates a differentiation for the brand.

At MolsonCoors, the number-one goal for the comms team is “to build belief in the company,” according to Adam Collins.

At international packaged-foods giant Mondelez, Tracey Noe explains how the comms team lives up to the brand motto of “empowering people to snack right.” They understand people will snack, but they provide education and information to ensure it is done mindfully.

The company is equally focused on “making the right products for the right moment in the right way,” she adds. “Mondelez is always looking for more sustainable sourcing opportunities” in the 150 countries in which it operates. 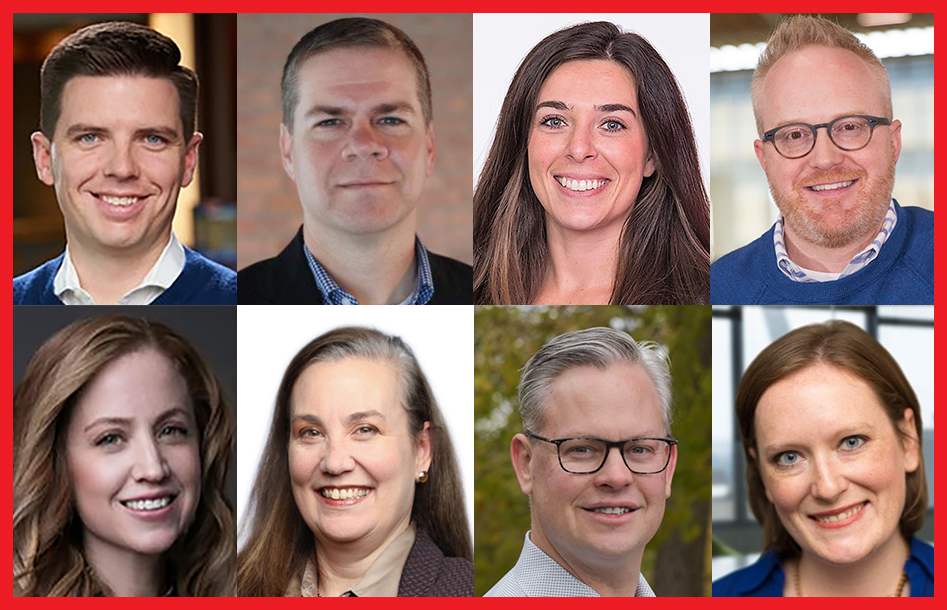 It is paramount that brands actually walk the walk on purpose since they must cater to a stakeholder base that is more well-informed and dynamic than ever – a base that will call out brands that don’t deliver.

Collins’ philosophy is this: If a company is not prepared to take action on an issue, they shouldn't be taking a public position on it. “Consumers and employees are looking for actions that demonstrate your values,” he emphasizes.

Even when it comes at a financial cost. At MolsonCoors, that meant being the first major global brand to exit Russia after the attacks on Ukraine.

At Target, it meant continuing to raise pay and expand benefits. The company also delivered on its purpose “to help all families experience joy in everyday life” with a huge investment in improving its omnichannel experience – and it paid off during the pandemic and contributed to significant growth during that difficult period.

In the wake of George Floyd’s murder, Target committed to spending $2 billion with black-owned brands. It also launched several partnerships with black-owned businesses, including the Houston White collection (a local Minneapolis organization).

“We operate in a very competitive space,” underscores Joe Poulos, “so we have to deliver something unique and relevant.”

The power of preparation

A readiness plan that specifically addresses a brand’s role in society and the expectations consumers have around them can help smooth activations.

Lutz says his team modeled its social issues framework on Southwest Airlines’ approach, giving specific kudos to the airline’s chief administration and comms officer Linda Rutherford. The ADM team identifies key stakeholders and key social issues to create a “rubric that gives us a score on whether we need to take an internal stance, external stance or some form of action” and pinpoints the appropriate person to respond.

A framework can help brands navigate when a comment is necessary and when it’s best to remain quiet. Baxter International’s Russ says that even though its headquarters is close to the site of the Highland Park shootings, Baxter opted to remain silent on the issue of gun violence.

“When everyone's commenting, I don't know if there's a lot of substance,” says Russ. “The ideal state is that you pick your passion and stick to it and let the noise kind of fall off the wayside.”

Increasingly, brands are focusing on the next level of social involvement – doing more than just getting involved themselves, but helping their consumers do the same on issues that matter to them.

“The next step beyond the company's position of purpose is making it possible for the consumer and other stakeholders to join you,” asserts Mondelez’s Noe.

While counseling the CEO has always been a key part of the comms function, doing so as it pertains to navigating social issues —particularly during the challenging past two years — has deepened comms’ relationship with the C-suite.

“The reliance on the communications function to push agendas forward and talk about strategy probably wouldn't have happened three or four years ago,” opines Klaus. Measurement tools also give comms pros “the business acumen to understand how what we're doing is impacting the bottom line.”

“We were more connected on a regular basis during the past two years with our CEO,” continues Lutz. “We built enough trust during that timeframe to do more proactive and value-generation activity. We still talk about reputation, but we're talking about how we're enhancing reputation, not protecting reputation.”

“A typical conversation between comms and the C-suite used to be, ‘This decision has been made, now go communicate about it,’” recalls Conagra’s Cummins. Those discussions are totally different now, with comms helping make the decisions and being sought for counsel far more often than ever.

Comms also provides the C-suite with a unique visibility to key stakeholders.

“Comms helps an organization understand where they are, where they're going and then make the right decisions to actually get there,” notes MolsonCoors’ Collins. It’s an ability that prompts Russ’s CEO at Baxter to call her and her team “the only ones that see around the corner.”

As for those discussions about the “seat at the table,” Edelman’s Mulligan believes comms pros have unequivocally earned it.

“This is the moment of validation for the power of the corporate communications function and the power of a strong corporate brand platform,” she concludes.