Kids. Animals. Given the recent spate of public scandals, brands should add ‘celebrities’ to that list as individuals they should work with caution when planning big-budget campaigns. The ugly break-up of Ye—the rapper, designer and fashion mogul formerly known as Kanye West—with Gap and Adidas puts the spotlight on the risks of celebrity influencers and endorsements.

Sportswear giant Adidas was between a rock and a hard place for a long time. The last big brand to sever ties with the rapper following months of racist, anti-Semitic and repulsive remarks, Adidas found it tough to untangle itself from the mess. Though it was the logical decision for the brand to snap all ties, financially it wasn’t an easy one. 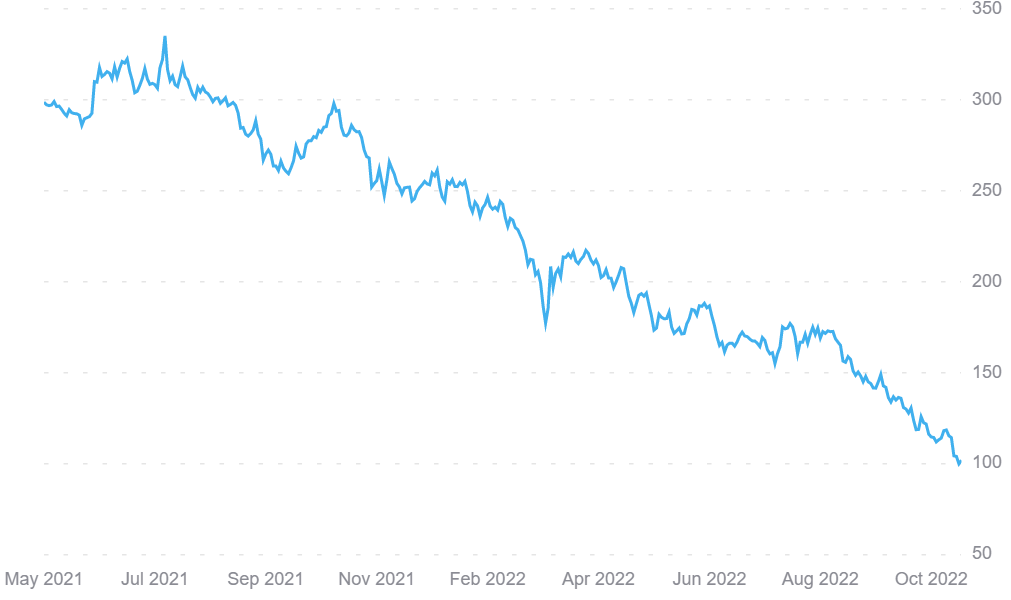 The move marks the culmination of a successful collaboration for Adidas: a net loss of US$247 million in 2022, and an end to West’s Yeezy imprint which represents 7% to 12% of Adidas’ footwear, or roughly 4% to 8% of the company’s total revenues according to Morgan Stanley. The line helped Adidas get shelf space at major retailers and brought new customers into the stores who bought other Adidas merchandise. Compounded by factors like the looming spectre of a global recession, their CEO’s sudden departure in August, and the company’s dwindling fortune in China which saw a 35% year-on-year drop in Q2, net sales plummeted from US$2.4 billion to US$1.7 billion; the fallout highlights the price brands pay when they rely on celebrities for likes, views and engagement.

“Vetting goes a long way; brands need to do thorough background and manual checks of the celebrity they associate with and stay away from the controversial ones," says Pooja Banerjee of Glocal Communications. "Even then, it’s a double-edged sword… success and carnage can come in equal measure depending on the celebrity’s attitude, scandals or public perception."

While Ye might stand 'cancelled' for now, celebrity scandals are not uncommon. The recent episode of 35-year-old Chinese actor Li Yifeng, arrested over solicitation charges, created a downward spiral stinging over a dozen luxury brands such as Prada, Panerai, and Rémy Martin among others. Chinese Canadian actor and musician Kris Wu, the poster boy for some of the world’s biggest luxury brands like Louis Vuitton, Bulgari, Lancôme and L’Oréal Men, damaged sales, engagement and reputation after his #MeToo scandal surfaced in July 2021.

Movers but not necessarily shakers?

There is a growing backlash towards celebrity influencer marketing, and both regulators and consumers are scrutinising the industry and unverified ‘sponcons’ (sponsored content) like never before. A 2022 transparency report by consumer review site Trustpilot finds that two-thirds of consumers (67%) in the US and (65%) in UK say that they have 'low' levels of trust when it comes to celebrity influencers endorsing and selling products. 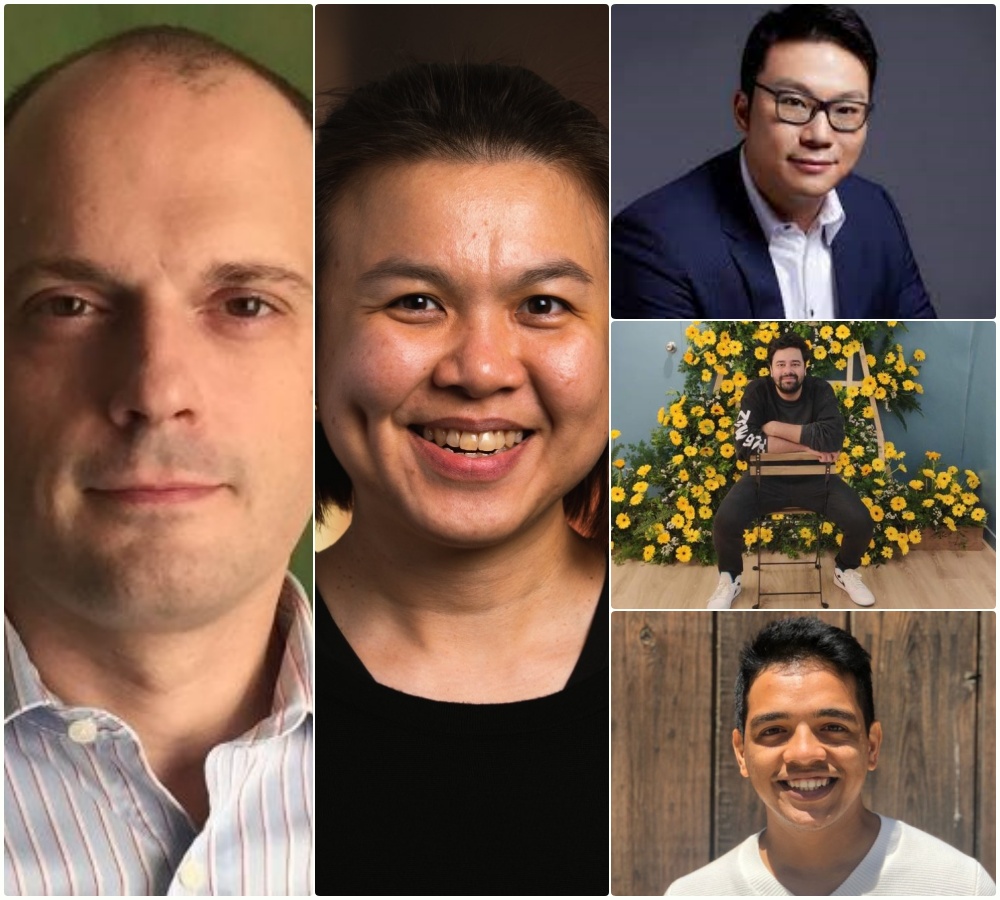 Despite the explosive growth of the US$14 billion influencer industry, the sector is showing signs of strains for the first time. According to Mihir Surana, CEO & partner of influencer incubator  Nofiltr Group, brands are beginning to question the returns that celebrity influencers actually generate, especially as the increasing cases of celebrity fallouts or scams attracting fake followers increase.

“Each high-profile fallout like Kanye’s shifts the influencer marketing industry. There was a time when fans were blown away by anything and everything A-listers promoted, but now people demand authenticity and brands realise that not all celebrities can be influencers. There is certain plateauing when it comes to sales from celebrity influencers,” opines Surana.

When big money is involved, exceptional ROI is expected. Social media auditor Speakrj finds sports stars like Cristiano Ronaldo draw an estimated US$451,000 per post, while BTS's V has the highest Instagram "brand value" in the world, outperforming celebrities with eight to 10 times more followers at an estimated US$773,000 per post.

With budgets as such, Surana says it’s only natural that brands question the returns that these celebrity influencers actually generate, especially as the instant virality now attracts fraudsters who pay for fake followings. Arnaud Frade, head of commercial growth, Nielsen APAC, points out another often-overlooked issue. A celebrity may have over a million followers; not all of them are ‘fans’ or people with shared interests who are useful for brands.

“American pop singer Justin Timberlake is a classic example. He has over 65 million followers on Instagram. As one of the world’s best-selling musical artists, winning numerous awards and accolades, many might expect his followers to be most interested in music. However, nearly 42% of Timberlake’s followers are keen on friends, family and relationships,” Frade adds.

Have we reached peak celebrity influence

A report by InfluencerDB highlights that celebrity influencer engagement rates—the number of likes on posts as a percentage of the follower count—have dipped over the past year. The 2022 Influencer Marketing Hub study also confirms a 25% dip in engagement rate on Instagram content from 2020. Interesting research by Kantar’s connects the dots in this pattern. The report is China-specific and highlights that 61% of brands that insisted on using only celebrities in the past three years did not achieve continuous growth in brand power. In other words, celebrity endorsement is really like 'gambling', according to Kantar.

The question then: is the age of unbridled celebrity influence over?

Karen Soo, managing director at digital marketing agency Tug Singapore, feels that celebrity influence is at its tail end. “There’s still place for it in the media mix but in my view, it’s close to peaking. The rivers of the marketing dollars which were being thrown at influencers only a few years back are drying up for some as the market matures and the initial hype fades,” Soo adds.

Nisarg Shah, co-founder and CEO at affable.ai, is more optimistic and feels the current plateauing is indicative of normal growing pains of an industry which started taking shape only in 2016. “Celebrity influencers are definitely oversubscribed but not saturated yet. The problem is that many brands reach out for collaborations with the same celebrity, often at the same time, and that results in a lower share-of voice of the brand,” he says.

Humphrey Ho, managing partner at Hylink USA, adds that most heavyweight influencers have moved their sources of revenue from branded influence to signing direct deals with platforms. “Celebrity influence only works now when promoting a brand with cause, or purpose marketing. Otherwise, we notice brands are re-evaluating their influencer strategy, and A-listers are making a comeback on traditional formats like DOOH, CTV and other advertising mediums,” he adds.

Spheres of influence: Is nano the new mega?

Asia is a superpower when it comes to digital consumption and high usage of social media. Google says that APAC accounts for more than half (53%) of global social media users. Such digital prowess cannot be ignored and brands that make big bets on only celebrities need a new marketing playbook. The number one rule? Don’t put all your eggs in one basket, advises Ho.

The State of Influencer Marketing 2022 report shows that more marketers (46%) now work with nano influencers than with influencers of any other category. This figure leapfrogs even the 24% of marketers working with micro influencers, who are next smallest in reach.

What nano and macro influencers lack in global following and recognition, they make up with authentic local credentials, more engagement with the target audience and hedge the volatility of a celebrity influencer according to Shah of affable.ai.

“Nano and micro influencers tend to post more regularly, they are cost-effective, their content might be less polished but that adds to the relatability that brands are striving for,” he adds.

Influencer marketing is evolving at great speed, and the shifts brands must employ to have a genuine impact on their consumers must match this pace. The holy grail for the most effective path in the marketing ecosystem is a cocktail of factors. Experts say taking micro-actions to improve the current influencer marketing model is a more feasible option for most brands.

“We find a marketing mix of one celebrity, or hundreds of nano and micro influencers ‘swarms’ as the most effective vehicle,” quips Ho of Hylink Digital.

Influencer marketing effectiveness, according to Soo of Tug Singapore, cannot be pinned to a cookie-cutter pattern. Short term deals versus long-term contracts with influencers leaves room for pivoting if needed. “A short-term approach to influencer marketing gives flexibility for tactical campaigns but marketers wanting to build a brand need to be in it for the long haul,” Soo adds.

Bang for your (marketing) buck

Frade of Nielsen delves deeper: “In Indonesia (61%), India (60%) and the Philippines (60%) social media users are likely to buy products recommended by influencers, compared to Hong Kong and Japan (both just 16%).”

Like with any other marketing plan, diversifying traffic, growing awareness, and driving conversions (sales) isn’t always a smooth hockey stick curve. Banerjee of Glocal Communications tells Campaign that ROI in influencer marketing can be fickle.

“Sometimes you spend US$30,000 on influencer marketing and get seven times in return. Another time, the return was less than half. Influencer marketing can be a hit or miss, the way forward must be to hit more winners than losers,” she quips.

Frade points out that it’s a blunder to regard APAC “as a singular, unified entity with shared marketing budgets,” and it’s important that brands don’t lump markets together.

“Our study shows that influencers have a lower reach in Hong Kong and Japan, for brands that spells a challenge. Hence, in such markets a more diverse media strategy is necessary to hit campaign objectives," he adds.

“APAC is incredibly versatile, diverse, and there is no established playbook to rely on. In this very dynamic landscape, brands must keep an eye on individual market trends, and partner with the right influencers to drive success."

What consumers want when looking to follow an influencer also varies by market. 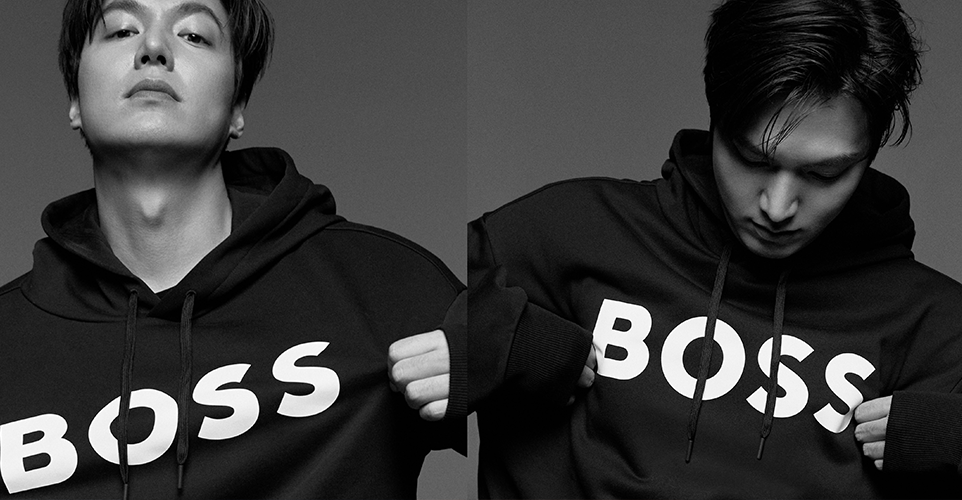 Lee Min-ho in the Boss campaign. Global internet traffic for Hugoboss.com "more than doubled, reaching a record level", and the signature Boss hoodie nearly sold out.

Frade adds: “In China and Taiwan “likeability” and “inspiration” are big themes, whereas in India, Thailand and Vietnam “trustworthiness and authenticity” or the extent of which the influencer is credible and true to oneself is key. So engaging with influencers who demonstrate these traits will ultimately determine a campaign’s success.”

And when brands hit the right combination of influencer, content and engagement, the results can be powerful. In January 2022, Hugo Boss launched its international #BeYourOwnBoss campaign on social media to refresh the brand. The campaign engaged popular influencers like Kendall Jenner, TikTok persona Khaby Lame and Australian actor Chris Hemsworth to wear the signature Boss hoodie and create a buzz on Instagram.

Frade says the campaign gained approximately 18 million interactions and included more than 200 influencers posting images of themselves wearing the Boss hoodie. "German footballer Grischa Promel, Indian mountaineer Poorna Malavath and Italian tennis player Matteo Berrettini are the three influencers who achieved more than a 25% engagement rate, much higher than the platform’s average engagement rate of 2% to 10%. The relaunch also made a significant impact on the Boss official Instagram, garnering the brand more than 100k new followers in the first three days of the campaign."