A PRWeek analysis of newly released government data on the number of civil servants employed in the communications discipline points to the significant increase over the past two years.

In 2020, the then-GCS head Alexander Aiken vowed to reduce the size of the profession and have “smaller” teams. The controversial Reshaping GCS programme initially envisaged comms teams being capped at 30 – a strategy that would have resulted in heavy job losses.

The GCS has ascribed the 14 per cent rise in staffing levels to the impact of Brexit and the COVID-19 pandemic. Its recently released 2022-25 strategy stated: “We know that the size of GCS has grown. GCS played a critical role in responding to the twin challenges of Brexit and COVID-19, and it is no surprise that departments invested in communications during this period.”

A government spokesperson told PRWeek: "It is crucial that all aspects of taxpayer spending demonstrates efficiency and value for money.

“Work has been underway since 2020 to create an even more effective Government Communication Service, which is part of our wider programme to create a Modern Civil Service."

The number of comms professionals in major government departments has risen from 2,161 in 2020 to 2,450 in 2022. The true level will be higher, because these figures do not include the Cabinet Office – a ministerial department that does not provide a breakdown by profession for its staff of more than 9,000 people.

Several other departments have comms teams comprising more than 100 staff, but the picture is far from uniform, with some major government departments having relatively small teams.

HM Treasury’s comms team of 40 is a fraction of the size of the MoD’s. And some ministerial departments, such as the Northern Ireland Office and the Attorney General’s Office, have just 20 and 10 comms staff respectively.

Despite the repeated rhetoric from the GCS for greater efficiency and smaller teams, some departments have boosted their comms teams since 2020.

Perhaps not surprisingly, given the demands of dealing with the pandemic, the number of comms specialists at the Department for Health and Social Care has risen by more than 300 per cent over the past three years.

The Department for Levelling Up, Housing and Communities now has a 110-strong team, up from 80 in 2020.

Other departments, such as the Ministry of Justice, have made major cuts to their comms specialists.

The Civil Service data also shows the sizes of comms teams across scores of executive agencies and non-ministerial departments.

HMRC has the single biggest comms team, with 220 staff. This is more than twice the size of the next biggest – the 100-strong team at Public Health England.

More than half of executive agencies and non-ministerial departments have teams of 20 or less.

Some organisations have made cuts while others have increased their staffing levels. For instance, the HM Courts and Tribunals Service has quadrupled the number of comms specialists on its payroll, from 10 in 2020 to 40 in 2022. But the Crown Commercial Service, which boasted a 90-strong team in 2020 now has just 20 staff working in comms – a 78 per cent reduction.

The statistics also reveal how the median salary of people working in government comms has risen from £36,590 to £38,820 over the past three years. The current level is well above the Civil Service average of £30,110.

Out of 32 professions covered by the data, comms is the 15th best paid. Inspectors of education and training is the best-paid profession, at £70,500; the lowest is operational delivery, at £27,130.

Applying the average comms salary to the numbers of specialists working in government reveals how the annual bill for people working in the comms profession has soared from £138m in 2020 to £161m in 2022.

Since the Reshaping GCS programme was launched in 2020, the cap on the size of comms teams has been dropped, as has the notion of having a single employer model. 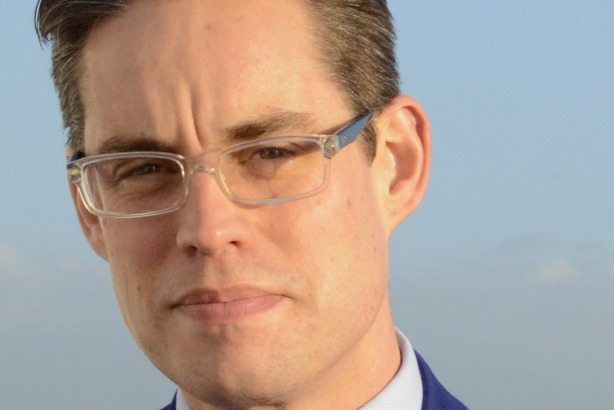 Simon Baugh (pictured above) was appointed as the GCS's first chief executive following a reorganisation at the body last year. In his first presentation to GCS staff after taking the job, Baugh admitted the programme had caused “an enormous amount of frustration, uncertainty and, frankly, unhappiness across GCS”. He added: “I also completely accept that it has undermined trust in GCS’ ability to deliver.”

In its latest strategy, released earlier this year, the GCS stated that “any reductions in headcount or resource need to be achievable and sustainable”. It stressed that “decisions on staffing sit with Departments and ALBs”.

Although the initial drive to cut numbers across the board has floundered, the GCS has made it clear that it intends to set an example for others to follow and the comms team at the Cabinet Office faces being reduced in two months’ time.

In its strategy for the next three years, released in May this year, the GCS pledged: “We have already started work to design and consult on a new smaller but stronger central GCS structure with a view to delivering this by October 2022.”

Next 15 reports ‘record performance’, is ‘confident’ over M&C Saatchi, says Engine has been ‘successfully integrated’