In the newly created role, Davis will work closely with and report to Brendan Lewis, Oatly’s EVP of global comms and public affairs, who joined the company in May.

“[Oatly] has a world-class creative team and an appetite for breaking the status quo,” Davis said. “As a PR person, that’s a pretty big sandbox to play in.”

Davis (pictured below) will be based in the U.S. and help to oversee Oatly's comms across its three markets of North America, Asia-Pacific and EMEA. 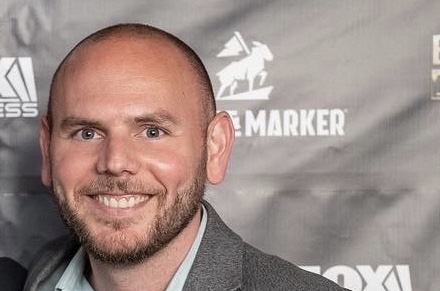 “Oatly is so much more than something you put in your coffee,” Davis said. “[It] has a growing product portfolio and a really exciting pipeline of innovation. A lot of what we want to do is to bring that to the forefront.”

He said that the company recently brought on a “best in-class” leadership team. As well as hiring Lewis, Oatly has named Jean-Christophe Flatin as global president and Daniel Ordonez as COO.

Oatly, based in Malmö, Sweden, is available in more than 20 countries.

Davis serves as VP and head of comms at Crook & Marker, an organic cocktail brand from the founder of Bai, Ben Weiss.

Prior, Davis served as VP of corporate comms at Imax, where he managed the company's global comms team and oversaw corporate, consumer and film publicity and international PR.

Oatly does not work with any PR agencies in the U.S.