To celebrate 10 years since the London 2012 Olympics, TK Maxx and Rylan Clark are rewarding shoppers with gold medal gift cards. Every Saturday in August, 65 gift cards will be hidden in stores across the country to represent the number of medals won by Team GB in 2012. Kicking off in London with Clark, the celebrations will move to Birmingham to mark the city hosting the Commonwealth Games, followed by Edinburgh, Cardiff and Belfast.

1966 World Cup hero Sir Geoff Hurst has worked with creative agency Above + Beyond to preserve his memories of England’s historic football win in the form of a digital artwork that will help raise money for two Alzheimer’s charities. Just three members of the team are still alive, including Sir Geoff, with some of his teammates losing their lives to Alzheimers. The artwork generated by Sir Geoff’s vocal memory has been created by artists Harry Yeff and Trung Boa, creators of the Voice Gems system.

I am digitally preserving my memories of the 1966 World Cup Final for The Everlasting Memory project in support of @AlzResearchUK and @alzheimerssoc https://t.co/d694bzfdyG

With drowning the second most common cause of death among children and young people in Portugal, The Association for the Promotion of Child Safety (APSI) has launched a film aiming to demonstrate that death by drowning is silent. It asks the question: if a heavy metal band can’t make itself heard inside a swimming pool, how can a child? The film was directed by Enrique Escamilla. Havas Portugal is behind the campaign.

Natwest has launched a financial ad campaign aiming to show customers it has the resources to give them greater confidence in dealing with their finances during the cost-of-living crisis. Developed and created by The&Partnership, the ad, with a soundtrack of Gwen Stefani’s 'What you waiting for?', features people in various financial situations. It shows an older woman who wants to go back to university, friends moving into a new home, and a young boy saving up for a new pair of trainers. The message is: to take action today for a better tomorrow.

Samsung has launched a campaign to capture images of wildlife at night and to show off the new Galaxy S22's Night mode function. Research from Samsung found 47 per cent of Brits have never seen a hedgehog or any wild animals before. Photographers Ian Wood and Kyle Moore used new equipment to take photographs of foxes, deer, badger, and hedgehogs in low-light conditions. They have also partnered with TV and radio presenter Angellica Bell to create a video guide to help the public spot and capture the wildlife. Taylor Herring is behind the campaign. 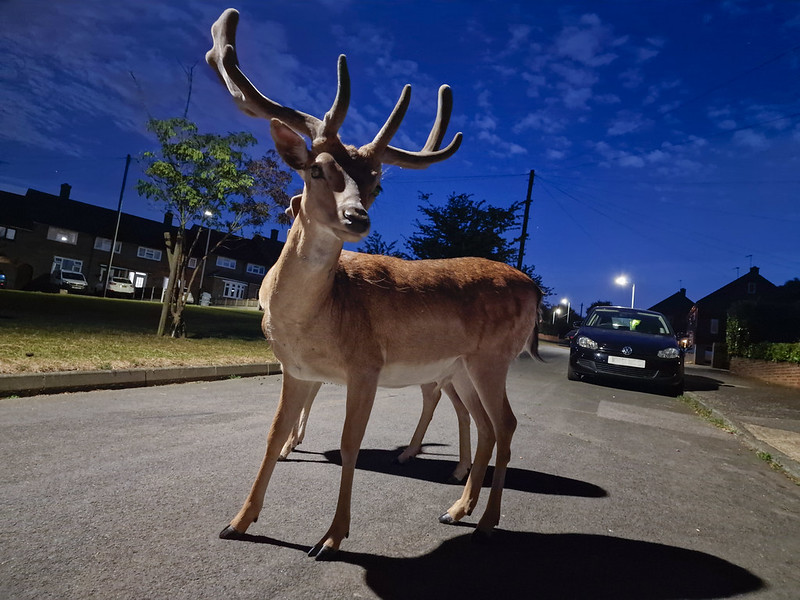 Cisco is using wearable tech in the form of a football scarf in a new campaign with Premier League champions Manchester City. The project tracks the emotions, physiology and movement of supporters when they are watching a match, giving the club a better understanding of fans' behaviours. A two-minute film has been created to launch the project, featuring Manchester City footballers Jack Grealish and Aymeric Laporte, documenting the development of the ‘Connected Scarf’ as fans in the stadium tested the technology during the team’s victory over Newcastle in the Premier League title run. Octagon is the agency behind the campaign.

Aiming to smash stereotypes in the fitness industry and bring more diversity, online retailer Muscle Food released a series of stock images showing people of different sizes engaging in healthy activities. The pictures are available for brands and businesses to download and use for free. The campaign aims to help make the fitness industry more accessible for all, as a recent study found 50 per cent of Brits feel ‘gym-timidation’ due to the fear of being judged. 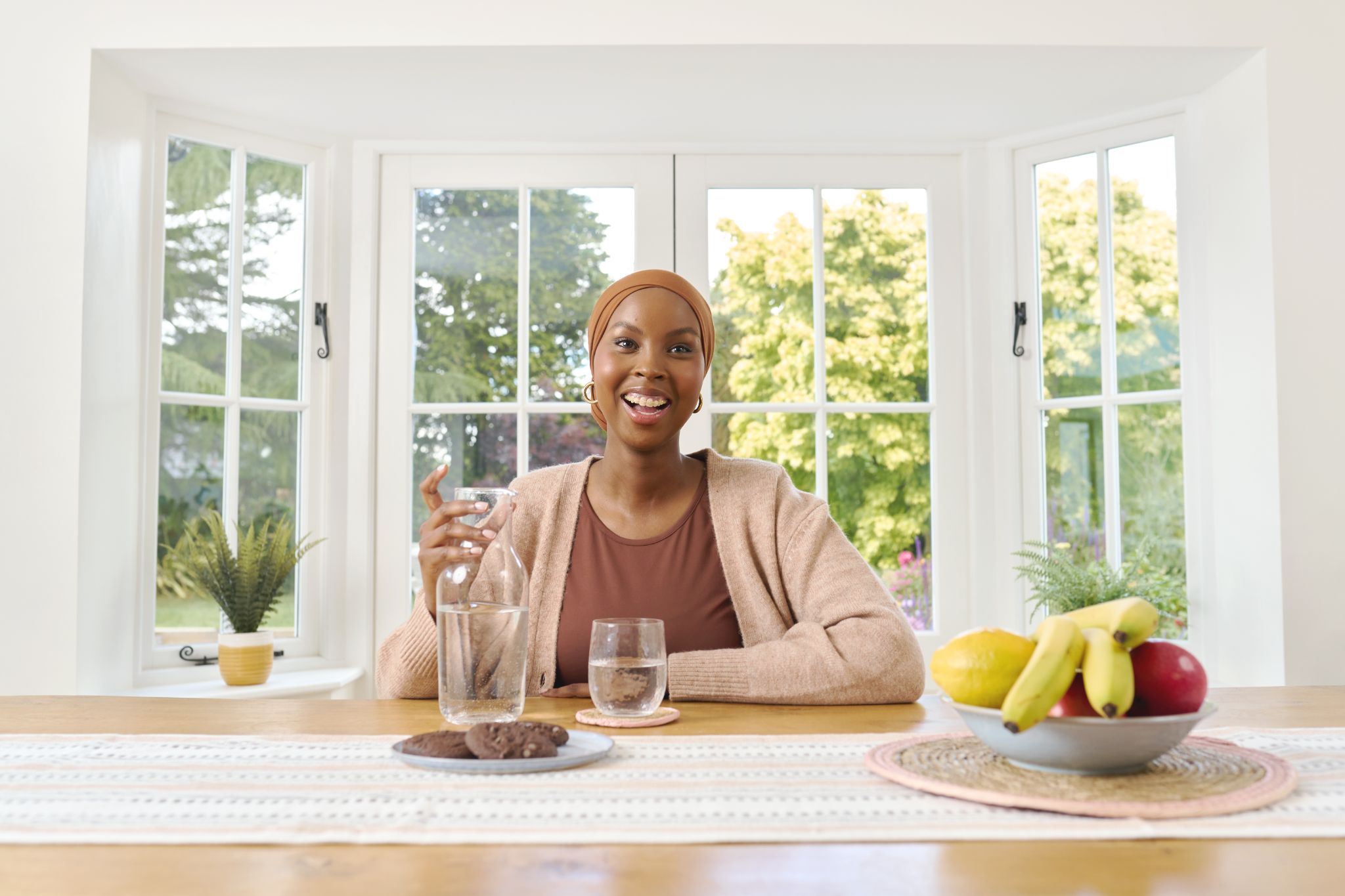 Vodafone has teamed up with award-winning poet Sophia Thakur, who delivers a spoken word poem entitled 'The Divide’ to highlight the impact that a lack of connectivity can have. In her performance, Thakur aims to show how simple everyday actions such as booking a GP appointment, applying for jobs or paying a bill are almost impossible when you don’t have what most of us take for granted. It comes after a study by Ofcom found over one million households still live without internet access in the UK.

Usher and Remy Martin 1738 ‘A Taste of Passion’

Usher picks up the mic to deliver joy in a new campaign for Remy Martin, which features a limited-edition bottle and NFT that visualises the cognac taste notes. In the video, with the help of AI, the artist used his own musical vocabulary to describe the taste of Cognac. Usher’s depiction of tasting notes is turned into artwork. The campaign is by New York's Fred & Farid.

To encourage people to get their cheeky thoughts off their chest, Maltesers has opened a bakery in London to celebrate its launch of Maltesers Dark. Honesty Baked In is a bakery serving free cakes that come hand piped with honest messages. The messages include “I watched the next episode without you”, “I’ve got the ick” and “I don’t want to see another photo of your wedding". Research from the confectioner revealed 54 per cent of Brits confess to holding back on what they want to say for fear of upsetting loved ones. 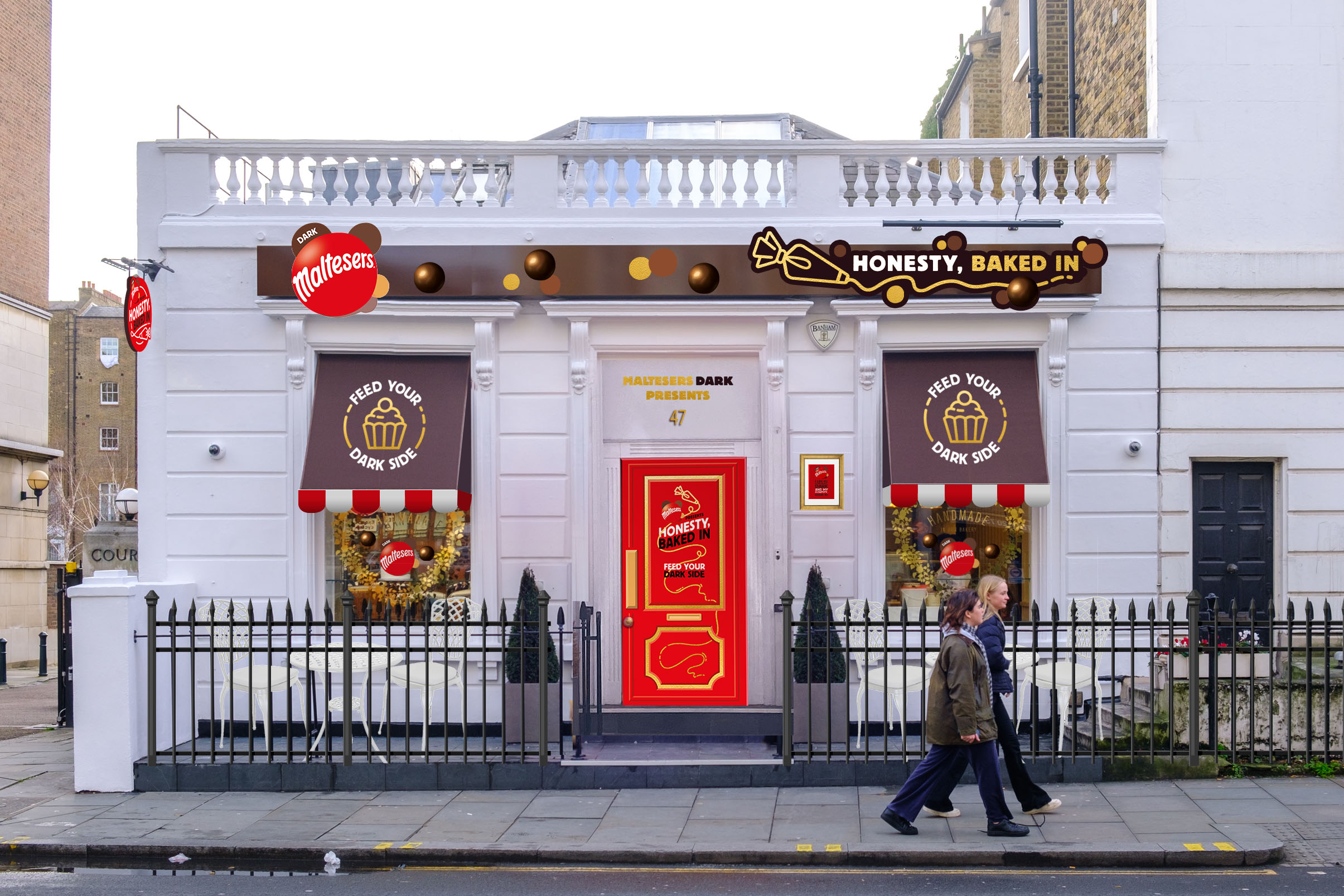 This campaign for Amazon Books aims to capture the worlds we are transported to when settling down into a good book, and encourages people to put down their phones. The campaign was created by Chris Russell and Ahmed Ellabib and directed by Tom Noaks through Prettybird.

ITV is focused on encouraging parents to check-in with their children in its latest campaign. The film shows the interaction between a father and daughter when she comes home from school. When he asks her how school was she replies it was “alright”; however the subtitles in the film show a different story, conveying what each person is thinking but are too uncomfortable to say. The film illustrates how adults should keep on trying. The campaign by Uncommon Creative Studio was directed by Thirty Two through Anonymous content.

George at Asda, ‘Uniform for the people’ by Impero

In response to the cost of living crisis, this 30-second film sees a group of musical youngsters rap about affordability and sustainability in Asda's back-to-school campaign. We see a child rapping in the playground about “only spending what you should” on uniforms as another child makes colourful notes rain down. The spot was directed by Amy Becker-Burnett through Armoury. The creative team at Impero was Zara Bennett and Josh Mansell.

Shoppers at Westfield London witnessed ex-Olympic gymnast Nile Wilson turn the shopping centre into his gym for National Try Something New Day on Thursday (28 July). Wilson and his team of gymnasts took to all areas of the centre to put a smile on shoppers' faces with back-flips and tumbles. In celebration of Try Something New Day, Wilson encouraged visitors to get involved assisting members of the public with gymnastics tricks for the first time.

This stunt to promote the London Dungeon's new Bodysnatchers exhibition saw a ‘body’ wrapped in a hessian sack carried around London by a man in muddy Victorian clothing, including a journey on the Tube at Waterloo. The exhibition documents the real-life activities of grave robbers in the 1830s. It will run from 28 July to 4 September.

Anything But Grey – agency focused on over-50s launches