In this roundtable event, sponsored by PRWeek and Weber Shandwick, industry leaders discussed where purpose and creativity meet, where they should meet and what great organizations are doing to deliver on both. Moderated by Steve Barrett, VP, editorial director, PRWeek and Campaign US, participants included:

While there’s no doubt the pandemic impacted creativity, from the way teams were able to work together to the platforms they chose to amplify messaging, the difficulties of the past two years have led to bolder and stronger approaches to comms.

The pandemic and social unrest of the past few years gave companies an opportunity to reflect on how they define and communicate purpose. Participants said they have seen a pivot to more mindful and meaningful communications.

“It raised the bar on creative because we have all woken up to a new reality,” suggested Howe. The lessons comms pros learned about themselves and the world “sparked a totally new movement,” she noted. “I’m excited about where the industry and our people will take us because of what we've been through.”

Participants gave examples of work that exemplify how creativity can help support company purpose. For its Carling Black Label brand from South Africa, AB InBev took a stance against domestic violence. “It’s a very masculine brand,” said Marques. “We premiered a case decorated like a bride's dress at a fashion show. It was a striking piece of design with a very powerful message attached to it.”

To promote safety without constraints, Toronto agency Zulu Alpha Kilo and Pfaff Harley-Davidson created Tough Turban, a fabric that can be wrapped like a traditional turban and doubles as a protective helmet. “When I ride my bike, which is about freedom, I'm still protected and my culture stands with me,” said Williams.

Adelman called out her company’s campaign for Extra Gum, which spotlights the post-pandemic world where personal connections and celebrations are once again possible, inspiring optimism for the future. 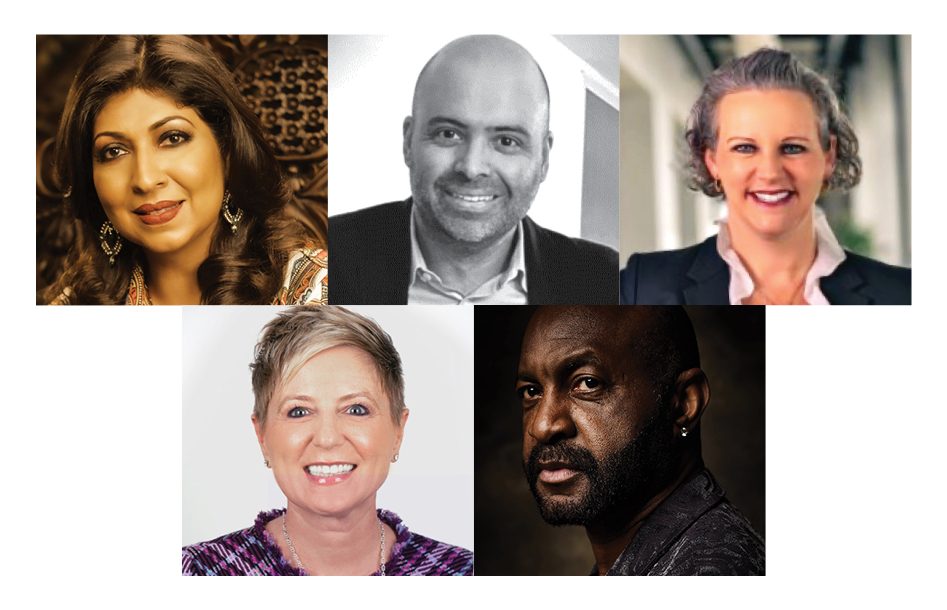 A pivot to meaningful conversations

The pandemic gave comms pros an opportunity to reflect on what Adelman called “a humanizing moment” and ultimately made a lasting mark on how they deliver messages. “Rarely do you have the chance for the world to go through the same experience at the same time. If we don't have meaningful conversations, we will waste this opportunity to rebuild a stronger and better world,” she said.

In response, Bakshi said it could not be a better time to start “engaging people in meaningful conversations.” In our latest film ‘ Son Rise’ we amplified the voices of real life gender right heroes - ordinary men - who have taken on the’ extraordinary’ fight to change the narrative on gender injustice. The film has been incorporated as part of the Indian school curriculum reaching 10 million students.  The desired impact is to effect a generational shift in mindset - to make boys and men an integral part of the movement for a safer and more equitable world.

There’s also been a realization that successful messaging requires a long-term commitment. “The era of pop-up purpose has passed,” noted Howe. “It's not a one-time thing — this conversation cannot stop,” agreed Bakshi. Marques added that “stunts or campaigns” don’t work as well as “platforms that are long lasting.”

As comms pros leaned into the new demands and challenges, they found innovative and creative ways to deliver their messages. “When it comes to creativity, necessity is the mother of invention,” said Williams. “If you want to make someone creative, take things away and you find how creative you can be.”

Engaging consumers, employees and the community

At a time when consumer trust in government and media has been eroding, businesses are expected to move beyond their comfort zones. Businesses need to clearly state their values and tie them to their business strategies. It’s a tall order, but it’s imperative to staying relevant and generating loyalty.

To remain authentic, brands must not only state their purpose, they need to stick to it. “It's the flip flopping or ambiguity that people don't like,” said Adelman. She added that while Chick-fil-A and Patagonia couldn't be more different ideologically, they both are transparent, authentic and steadfast in their point of view and subsequent actions.  And people respect them for it.

Bakshi emphasized that companies must be able to “connect emotionally with consumers. Consumers have to see the impact beyond a mission statement in order for companies to get that loyalty. It's beyond just packaging, pricing & profits. It’s also for what the brand stands for”

Howe said clients are “using their voices to engage their communities.” “You wouldn't have seen it five years ago, but you really have to be able to talk intelligently about ESG. Companies that have done that perform better,” said Adelman.

While transparency and authenticity have become key industry buzzwords, some companies are taking that approach to the next level and communicating vulnerability. “There’s a shift from just sharing where we are to sharing vulnerabilities, processes and mistakes. So it’s not best practices, but now practices,” said Howe.

Panelists said that they see a future where the C-suite includes a chief purpose officer. “The C-suite is the conscience and compass of the organization and embodies the expression of purpose,” said Adelman. “If that group is looked to as the bellwether for purpose, that would be a fantastic recipe for success.”

Marina Maher steps down as MMC CEO after four decades