The Elton John AIDS Foundation has teamed up with Ogilvy U.K.'s Proud network and outdoor group Clear Channel U.K. for a QR code-powered fundraising campaign, as part of which the star's visage will be transformed into pixellated code.

An image of John has been turned into an "LGBT-QR code" appearing on out-of-home sites in cities across the U.K. and mainland Europe at key points along Pride march routes. When scanned using a smartphone, the code will take users to a donation page for the charity.

While QR codes are typically black-and-white, for this campaign an image of John’s face has been rendered in pixellated colour code. 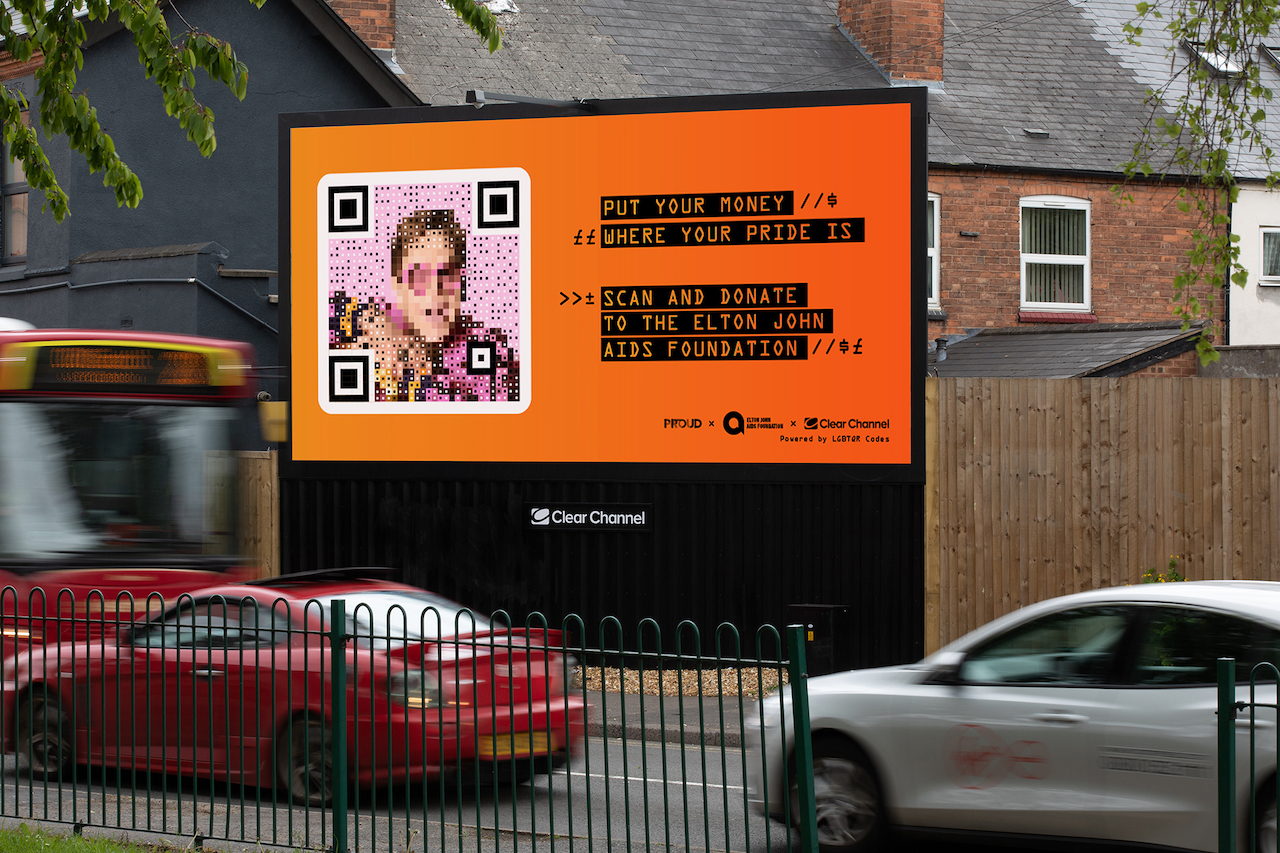 David Furnish, chief executive of Rocket Entertainment and chairman of the Elton John AIDS Foundation, described this use of his husband's face, which has "appeared on album covers, tour posters and all sorts of fabulous merchandise" – as a "first."

He added: "With the support of Ogilvy U.K. and Clear Channel, we are thrilled to have been able to create a meaningful and purposeful fundraising platform in celebration of Pride month that drives the Foundation's mission forward in overcoming stigma and hate." 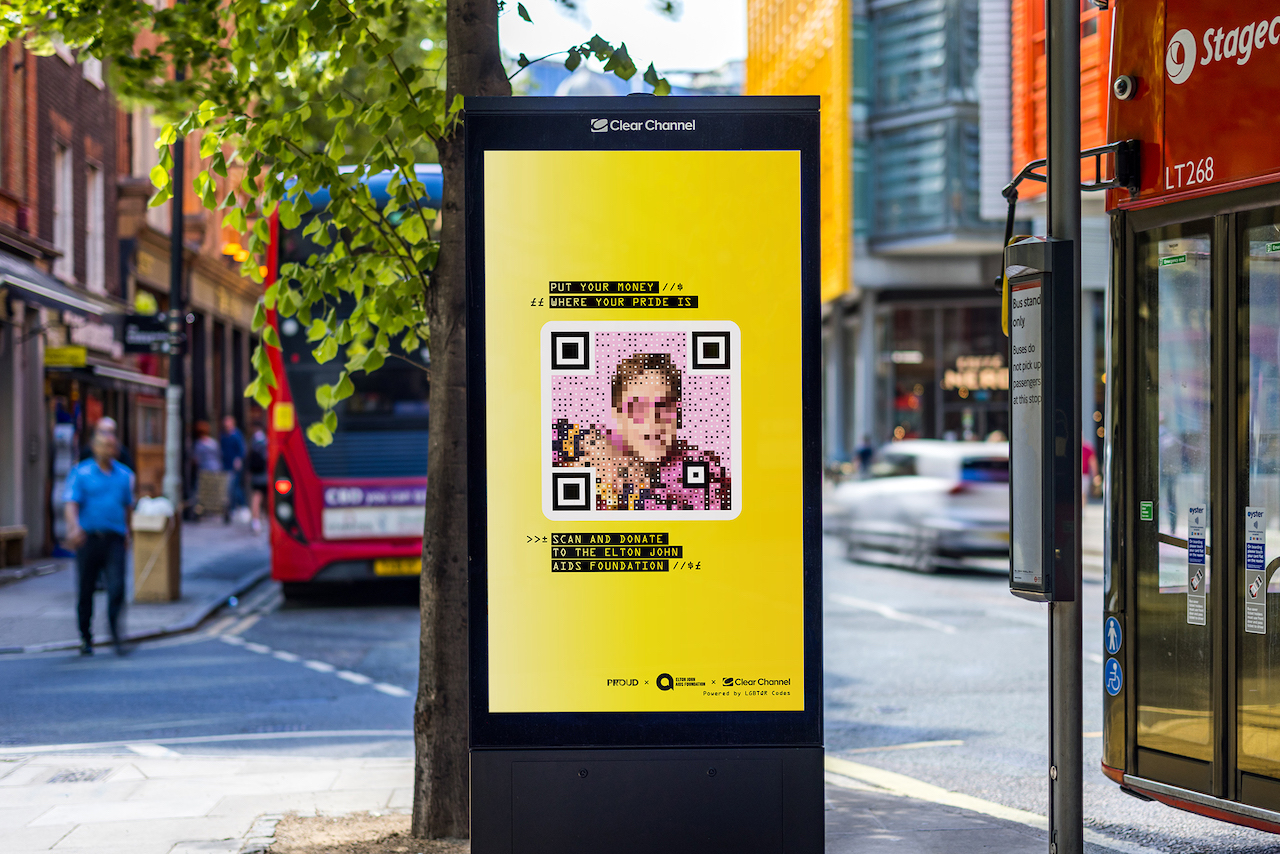 The LGBT-QR codes will make their debut in Utrecht, followed by Rome. They will then be rolled out across the rest of Europe.

Matt Waksman, strategic partner, Ogilvy U.K., said: "While the pandemic normalised QR codes, we saw an opportunity to use creativity to transform a traditionally functional format into a new fundraising platform. Who better to partner with than one of the world's most recognised LGBTQ icons, Elton John?"

Jason Jarvis, creative agency account director and LGBTQ+ crew lead at Clear Channel U.K., added: "As a one-to-many medium, out of home is the perfect platform to deliver campaigns that inspire, educate, and support the audiences we serve and represent. Celebrating the LGBTQ+ community has been important to Clear Channel and by partnering with Ogilvy again we hope to make an even more tangible difference this Pride season.

"Flipping media sites into donation points is totally aligned with our support of LGBTQ communities and we're excited to see this new campaign come to life alongside Pride marches in cities across Europe this summer."

BLK will fund your date at a Black-owned business

How not to talk to kids about vaping, via the Ad Council and American Lung Association