Edelman will oversee operations, marketing, new business efforts and the New York corporate team for the firm's largest office globally. She will report to Oscar Suris, who joined Edelman earlier this year as president of the New York office.

Edelman has served as GM of the San Francisco Bay Area operations since last March, managing 175 people. The region has seen double-digit growth with client wins such as DoorDash and Intuit, the firm said.

"[Margot has] infused a growth mindset across the office, driving a reset of the leadership team and a business development ethos," said Edelman U.S. CEO Lisa Osborne Ross, via email. "She’s also done that without sacrificing internal community and has established a culture of frequent, transparent communication and mentorship."

With Edelman's relocation, 15-year Edelman veteran Jordan Rittenberry (below), who was most recently chairman of the Middle East and Africa, will become GM of the Bay Area. He will report to Ross. 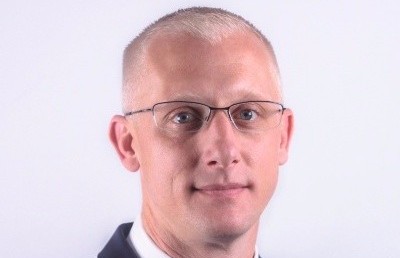 "I’m excited to bring that same spirit of growth to New York and, in particular, I’m hoping to engage with the ecosystem of capital and innovation that’s emerged locally in areas like fintech,” said Edelman.

Edelman, who joined the firm in 2013, is the third generation of the Edelman family to work at the agency founded by Dan Edelman in 1952. Edelman said she worked closely with her father, agency CEO Richard Edelman, during her time on the West Coast.

"We collaborated on new business pitches for companies like Intuit and C3.ai, and I regularly seek out his advice," Margot Edelman said. "I’m excited to be in New York and I’d imagine we’ll continue to collaborate closely in my new role."

Edelman was named to PRWeek's Women to Watch list in 2021.

The firm's other executive moves in 2022 include naming Heidi Hovland as global chair of food and beverage Anita Valdes as U.S. head of Edelman data and intelligence. AIG’s Soni Basi is set to join the firm next week as global chief people officer, leading talent development, recruitment and retention. She is set to replace Marie-Claire Barker, who left Edelman in December to join WPP media agency GroupM as chief people officer.