“Despite all of the challenges we’ve all been dealing with, corporations and those who lead them are doing fairly well from a trust perspective.”

Those thoughts from Jim O’Leary, U.S. COO and corporate practice chair at Edelman, are even more noteworthy considering how trust is evaporating in both the media and government, in large part due to the “vicious cycle of conflict and divisiveness being contributed to by these two institutions.”

The Edelman Trust Barometer highlights these developments. According to the report, for the fourth straight year the world's most trusted institution is business. And in terms of ethics, business is leading government by nearly 26 points.

These discoveries take on additional resonance in light of BlackRock CEO Larry Fink’s 2022 letter to CEOs in which he emphasized the true power of capitalism. “In today’s globally interconnected world,” he writes, “a company must create value for and be valued by its full range of stakeholders in order to deliver long-term value for its shareholders.”

The impact of – and on – comms
As a discipline, PR has been broadly lauded for stepping up during the pandemic and helping their brands create the value Fink speaks about. No doubt comms has played a role in the burgeoning trust in business. Simultaneously, of course, this has also facilitated noteworthy adjustments to how comms pros do their jobs.

The leaders who gathered for this roundtable, recognizing the responsibility that comes along with maintaining the public’s trust, proceed to highlight their top-of-mind business objectives.

According to Melissa Skottegaard, CCO at Cigna, the most significant change in communications has been a shift from convincing to informing.

“We used to have to explain what was good about our products or positions,” she explains, “but that has shifted to presenting information clearly and credibly so people can make informed decisions for themselves and their families.”

For Colgate-Palmolive CCO Paula Davis, the order of the day is about standing up and speaking out.

“Being quiet is no longer righteous; staying silent is perceived as not caring,” she emphasizes. “Our people want us to be talking about what we stand for and what we believe in, not just in an internal newsletter, but externally. They want to see us out in front saying, ‘This is what we stand for.’”

But as Stephen Holmes, CCO at The Home Depot, notes, staying true to your brand can sometimes get muddied when advice from outside experts gets shoehorned in without considering that different businesses have particular trajectories.

“If you’re a leader in this industry, you can listen to top experts’ advice, but the key is to step back and say, ‘Okay. I'm going to figure out what works with our values and makes sense for us,’ ” says Holmes. “It's so critical to remain true to your brand and remember that every company is different.” 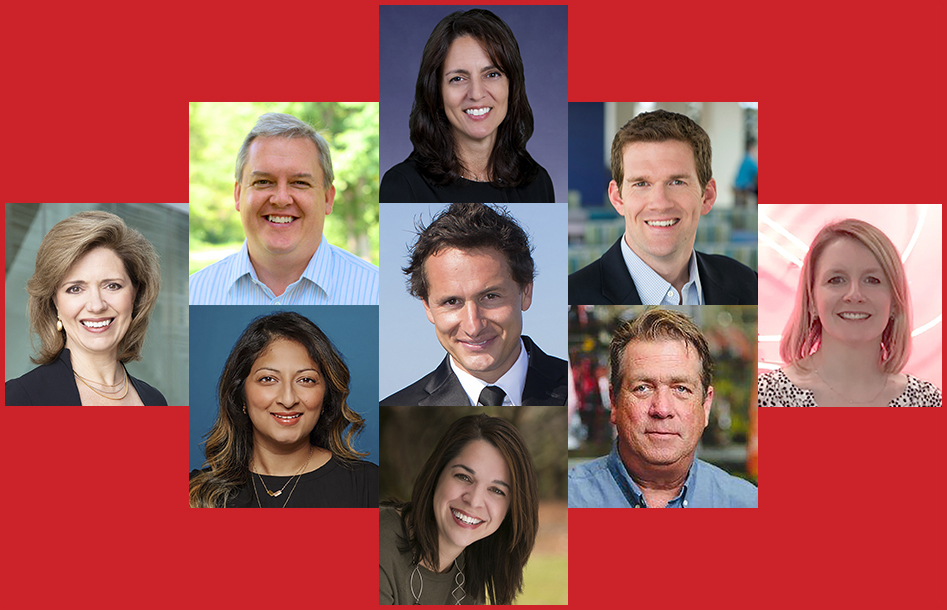 Humanizing the brand
Moet Hennessy’s VP of comms Anu Rao believes greater trust can been engendered by humanizing the executives beyond specific issues and encouraging all leaders to actively speak out.

“In the past, only the CEO would speak for the company,” Rao explains. “But the tone is completely shifting, even internally. Now, all of our executives are encouraged to engage with media, to speak on behalf of their brands and to be, not perfect, but genuine.”

In solidarity, Gemma Hart, VP of comms at Danone North America, nods, adding, “People don't trust institutions. They trust people. They trust the CEO, the leadership team and their managers.”

By way of illustrating the importance of greater connection, she uses an anecdote about a recent meeting.

“I'm sure you know people who meticulously curate a PowerPoint show and then talk as they click through the slides,” continues Hart. “What we've started to ask instead, is that unless absolutely mandatory, do away with the slides and have a conversation. What I want in a meeting is to see someone’s face on the screen and to feel that connection with them. I don’t want to look, passively, at a PowerPoint slide.”

When it comes to trust in people, Skottegaard brings the workforce into the conversation.

“Employees have become the storyteller,” she shares. “particularly around culture.”

Stop, look and listen
And then there’s the social beast — combatting an ever-growing distrust in social media has become more crucial and more challenging than ever.

For Russell Dyer, SVP, CCO and head of public and government affairs at Mondelez, the more you carry the mindset of humanization across channels, the more you engender trust.

“Whether it's social media, government engagement, information about the pandemic or beyond,” he advises, “breaking down internal and external silos, as well as the walls between government and public affairs, by focusing on content and point of view is key.”

Nationwide now has its own metric for trust in order to understand what narratives matter and which are just noise.

“There is a huge opportunity to use social as a listening mechanism to figure out what's around the corner that we don't have our eyes on right now,” reveals Joe Case, assistant VP of PR at Nationwide.

He goes on to explain how, when it comes to external communications, his team and brand are in a better place today, from an engagement standpoint, than before the pandemic.

“We feel like a lot of that links back to striking the right tone between the stories we tell and [making sure they] feel timely and provide value to our key stakeholders.”

Amgen’s SVP of corporate affairs Judy Brown could not agree more, noting the importance of every word Amgen posts.

“This creates,” she underscores, “the discipline of us asking, ‘What are the messages we want to get out? Which eyeballs and sets of ears build our reputational component? What are we really doing to support what we're saying?’ ”

“Social media is not a proxy for the general population,” adds Hart. “When we have critical issues, we do a lot of work to consider where we have the right to step in because of our mission and our business; and where we have substance behind the opinion that we should step back.”

As O’Leary notes in closing, “Ultimately, you have to do what's right for your company based on your values. You’ve got to step into the melee.”