PRWeek: The ability to see around the corner is invaluable to PR pros, but it is clearly not an easy skill to master. How can communicators improve in this crucial area?

Quigley: Predictions are hard. In comms, the key predictions being sought are around “Is this story a big deal?” Historically, comms’ job was to win people over with a confident assertion of yes or no and then stick to your guns.

In Superforecasting: The Art and Science of Prediction, Philip Tetlock [political science writer and Annenberg University Professor at the University of Pennsylvania], who studies great predictors, says they ask much more specific questions. They don’t ask, “Is this a big deal?” They'll ask, “Will this story be in the top 10% most engaged stories in the U.S. today?” And then they'll give a probability answer. They won't say yes or no.

That's how really good predictors predict. Historically, though, that's not what people in comms have been asked to do nor is it what's been culturally expected.

But when you focus on these more specific predictions, your perspective changes. You could see, for example, that a story has only been covered in a handful of places and it’s actually in the bottom 10% of their stories today. From that, the communicator can probably say it’s not a big deal – and can explain precisely why.

Computers and technologies such as NewsWhip are very good at making mathematical predictions. They're very bad at interpreting what we should do about those predictions. So our job as the technologists is to give clear predictions, show what’s underpinning them and hand over to PR advisors the decision on how to react, if at all.

PRWeek: While misinformation is not a new scourge, the consequences have never been greater. What do brands need to know to best fight this inherent danger?

Quigley: Within the world of misinformation, knowing which narratives and stories are spreading is really important.

For example, you have misinformation potentially spreading about whether mouthwash is an effective prophylactic against getting COVID. The World Health Organization (WHO) picked this up from studies in some African countries where it went viral. And it is based on a true scientific story. If you gargle mouthwash, you probably create a temporarily inhospitable environment for the COVID virus to land. However, that's a very temporary effect and clearly the study is being misinterpreted.So, this is misinformation, but is worth responding to because the WHO can see it’s going viral and was based on actual studies. Their spokespeople come up with statements saying that gargling mouthwash isn't going to stop you getting COVID.

Similarly, brands need to know which narratives are gaining steam – and where – so they can calibrate their response. They can’t jump every time someone is wrong on the Internet.

Our role is always to be the data provider. We don't stamp “true” or “false.” We provide the intelligence on what’s worth paying attention to and what is not. 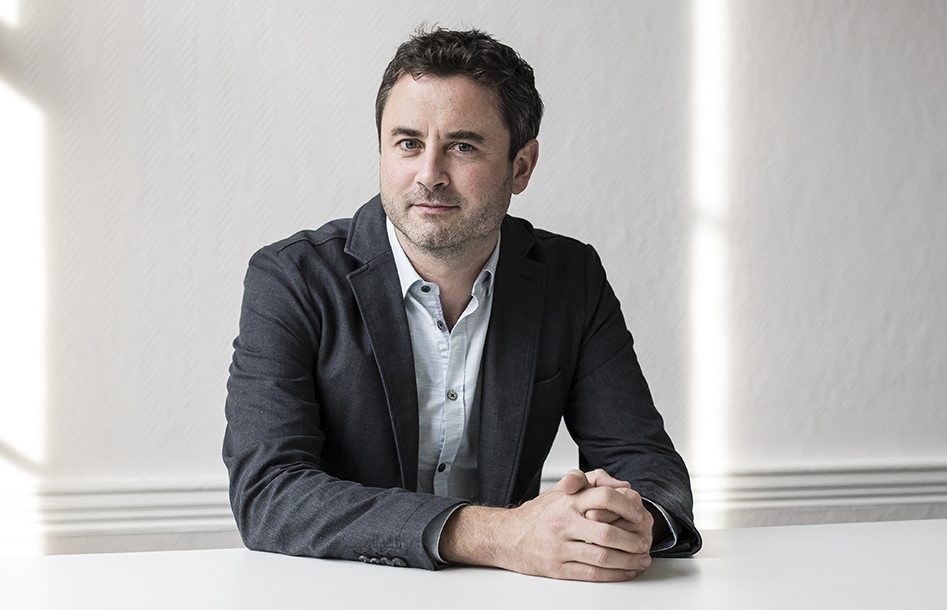 “Our role is always to be the data provider,” says Quigley. “We don't stamp ‘true’ or ‘false.’ We provide the intelligence on what’s worth paying attention to and what is not.”

PRWeek: Brands need to know what the public and media care about at any given moment. That’s what “real time” is all about. While some of those topics are fairly easy to gauge, such as matters related to COVID, what are some surprising such issues that NewsWhip has noticed in the past couple of months? [Note: This interview was conducted on December 22, 2021.]

Quigley: The most shared story over the last 24 hours is about the discovery of a dinosaur egg with a perfectly preserved fossilized embryo inside it. People still have a sense of wonder. They love stories that are inspiring and take them away from the day-to-day drumbeat of culture wars, politics and these other things, especially in the realm of science.

Another counterpoint to what people might expect is the sharing of good news. It’s not all about catastrophe.

Remember how none of us are going to get Christmas presents this year because of the supply chain breaking down? Well, the most shared story this morning is a New York Times report that Christmas gifts will be arriving on time.

Yes, people can be like meerkats and like to warn the other meerkats about impending catastrophe. That's why bad news goes viral. On the flip side, though, we like to reassure each other when things are OK, though, unfortunately, not as loudly as the catastrophizing.

In addition, it has become clear that people’s COVID focus has dropped a bit in terms of the disease and is now concentrated more on vaccine status and the related polarization and social implications. That’s notably different to when the Delta variant first started.

PRWeek: NewsWhip’s client roster includes many brands and agencies. Are there notable differences between the two, how you work with them and how their capabilities have evolved and continue to do so?

Quigley: PR agencies are the early adopters of technology in the communications world. It was PR firms who were the first to truly shine a light on the potential of real-time monitoring. Agencies are also very good at interpreting information. They can look at how viral something is and answer the question about how big of a deal a story is or isn’t.

We've begun to see a transition toward a lot of brands wanting to have in-house data analytics, research and quantitative capabilities, especially the big consumer brands. Yes, there are still brands out there happy to keep a lot of the numbers crunching, quantitative media monitoring and research happening outside their four walls. Increasingly though, many other brands want to be able to monitor narratives, interrogate the data directly themselves and build their own understanding to respond to things in real time. It’s going to be the full range, but the momentum is generally toward having the full capabilities in-house.

Frankly, that’s good for everyone in the communications space. Brands will spend more with agencies because they have more confidence about their decisions with the increased amount of in-house intelligence and subsequent insights.

PRWeek: NewsWhip marked its 10-year anniversary in 2021. Clearly, the business has evolved so much in a decade. If you could point to one thing that has left the biggest impact on you since founding the company in Dublin in 2011, what would it be?

Quigley: I underestimated the human part of the process of adopting a new technology at the start. You think, “Here's my new technology, I'll put it on the internet and people will use it.”

Adopting a new technology, though, changes how people think, how they make decisions, how they behave – and we're all slow to do that. As a company in this space, we have to enable that. It still amazes me that by bringing in new technology such as real-time and predictive monitoring, you're changing how an organization can think and respond – and just how “human” that all is.

You win markets user by user. By referrals. I’ve come to really appreciate that – and it’s served us well.

PRWeek: Looking ahead to the next year or two, what do you see as a major new development in the media-monitoring space that we might not be talking about right now?

Quigley: We'll move away from what I'd call “columns and rows of reports” coming out with numbers of mentions and we’ll really deliver intelligence on why one story got a lot more engagement than another story. Computers can't fully interpret that, but they can find the patterns in the signals and push those forward. In other words, we’ll be able to provide not just numbers, but a bit more of the “so what?” – which is really at the heart of what brands need to determine in their media monitoring.

And make no mistake: People still have to make the most important decisions about what to do. However, the more services such as ours can offer as to the “so what?” question, the more time comms pros can focus on making the strongest decisions. And that’s our number-one goal.