As we approach the end of the year, traditionally a time for taking stock, we find milestones to be lauded and millstones to be lamented.

Lauded:202 million Americans are fully vaccinated. However, the definition of “fully vaccinated” will likely evolve to include booster shots. At that point, our pandemic GPS will recalculate the route and adjust the arrival time at our long-awaited destination of serenity, peace and good health.

Lauded: The number of shots administered in one week topped 12.5 million in early December, the highest weekly sum in the U.S. since May.

Lamented: The country is reaching the dubious milestones of 50 million cases and 800,000 deaths from COVID-19. The worldwide death toll has topped 5 million.

Lamented: In the U.S., three-fourths of COVID-19 deaths have occurred in people 65 and older. The virus has taken the lives of 1 in 100 American seniors.

Lamented: Millions here and around the world remain unvaccinated, by choice or by circumstance.

Here is today’s snapshot. More than 239 million in the U.S. have received at least one shot, including:

• 95% of seniors 65+ (speaking of recalculation, that is a downward adjustment from the previously reported and slightly mind-bending levels of 99.9%)

The scouting report is far from complete on the newest variant, Omicron, which now joins Delta on the Centers for Disease Control and Prevention’s short list of variants of concern. In the latest Axios/Ipsos poll, 67% of the unvaccinated said that the emergence of Omicron increases the likelihood that they will get the shot.

First reported to the World Health Organization the day before Thanksgiving, Omicron is now out and about in at least 30 U.S. states and 60 countries, with the U.K. an early hot spot. Stay tuned.

While Omicron grabs headlines and heads toward an expected January surge, Delta continues to do most of the damage here, as cases, hospitalizations and deaths go up, up, up once more (seven-day moving averages of 117,890 cases and 1,147 deaths per day.)

Ready for winter? It starts on Tuesday.

• Fitzco, an Atlanta-based agency, has developed a pro bono campaign to win over vaccine skeptics by putting patriotic images on t-shirts, hats and bumper stickers, Eric Berger reports in PRWeek. “There was so much political divisiveness surrounding COVID, it kind of felt like America had lost sight that we were fighting the same enemy,” said Ryan Boblett, Fitzco SVP and head of creative. The campaign will use the power of patriotism “to remind people that being pro-America doesn’t necessarily mean that you have to be anti-vaxx.”

• Positive imagery abounds in several state vaccination campaigns. A billboard along the Pennsylvania Turnpike says, “Your shot saves lives. You have the power to protect.” PA Unites Against COVID, a campaign of the Pennsylvania Department of Health, asserts that “COVID is tough but together Pennsylvanians are tougher.”

• Stronger Together is the message from the Missouri Department of Health & Senior Services. “Choice is a powerful thing,” the department writes on its website. “We recognize the tremendous impact COVID-19 has had on our communities. You have the choice to help our society shape our new path forward beyond COVID-19.”

• Finish Strong Nebraska is an effort “to end the uncertainty surrounding the COVID-19 pandemic in order to return to normal.”

• When it comes to COVID-19 vaccination, 77% of parents trust the advice of their pediatrician or healthcare provider, according to the Kaiser Family Foundation’s winter update. But only 40% said they had actually spoken to their doctor about the vaccine.

• The American Academy of Pediatrics and American Academy of Family Physicians strongly support vaccination of children 5 and older. The AAP notes that “pediatricians’ role in promoting vaccination among their patient population and in their community is critical.” However, many doctors are stopping short of endorsement. In the Kaiser survey, of the parents who had spoken with their child’s healthcare provider about COVID-19 vaccines, one-third said the provider did not recommend vaccination for their teens and 40% did not recommend it for their 5- to 11-year-olds.

• Overall, three in ten parents surveyed by Kaiser say they will “definitely not” get their teenage or younger children vaccinated against COVID-19—a sentiment particularly prevalent among parents who are unvaccinated themselves. The survey took place in late November, B.O. (Before Omicron).

• As it is, about 5 million children ages 5 to 11 received at least one dose of COVID-19 vaccine in the six weeks after the Food and Drug Administration gave the nod at the end of October. That’s 18% of the 5-to-11 population, with rates swinging wildly from state to state (4% to 47%).

• How’s this for an incentive: Reach Out and Read Colorado, an organization that promotes early literacy skills, has donated nearly 1,000 children’s books for kids who receive their COVID-19 vaccinations at “bus clinics” in four rural counties. The effort is a partnership with the Colorado Department of Public Health & Environment. 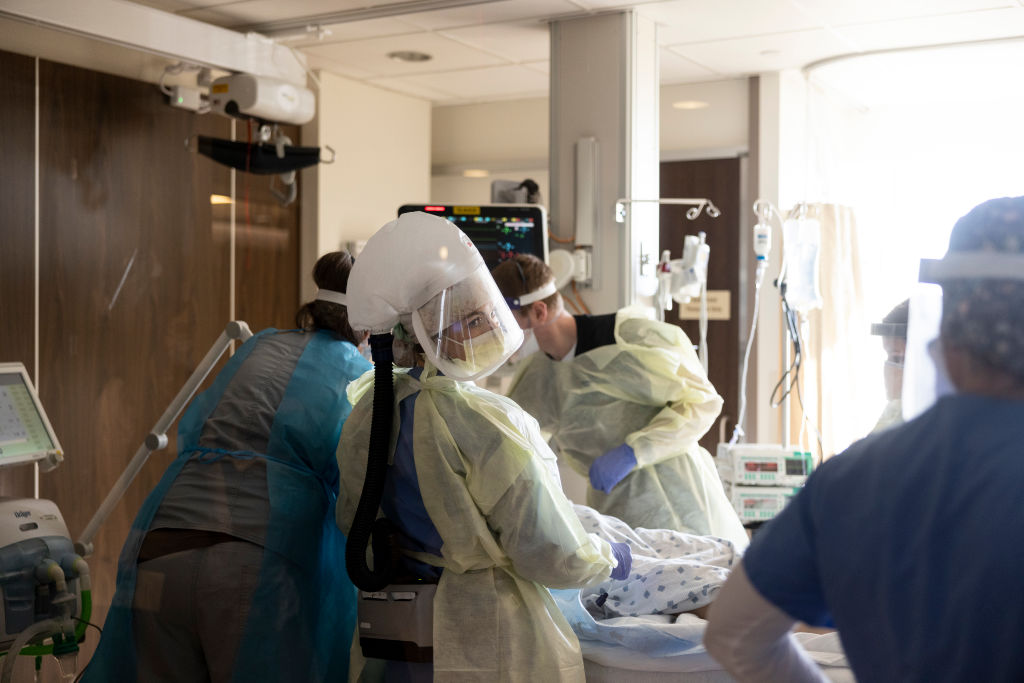 • With the federal vaccination mandate for healthcare workers tangled up in court, some of the nation’s largest hospital networks and health systems are holding off on imposing their own requirements as they struggle with staff shortages, The Wall Street Journal reports. Those pausing include HCA, Tenet, AdventHealth and Cleveland Clinic.

• Not all employers are shy about mandates. For one of the nation’s largest senior living providers, a COVID-19 vaccination requirement was “an absolute game-changer,” Kimberly Bonvissuto reports in McKnight’s Senior Living. “We drew a hard line in the sand,” said Nate Schema, President and CEO of Evangelical Lutheran Good Samaritan Society. “We want to be one of the safest places to work and live.” “Good Sam,” based in Sioux Falls, South Dakota, has achieved a 95% vaccination rate among its 12,000 employees in 22 states. The high vaccination rate has reduced case counts and given Good Sam an effective marketing message.

• Data culled from more than 12,000 U.S. nursing homes show that a staff vaccination rate of 83% would have reduced cases among residents and staff by 29% and would have reduced resident deaths by 49% this past summer. Alicia Lasek has details in McKnight’s Long-Term Care News.

• The Louisiana Supreme Court is weighing a challenge to the vaccination mandate of Ochsner Health, the state’s largest health system.

• A U.S. appeals court upheld a vaccination mandate for students in San Diego. Next stop: SCOTUS.

• In the Los Angeles Unified School District, the nation’s second largest, a vaccination mandate has resulted in the termination of 496 employees. Some 34,000 students ages 12 and older are also in violation of the mandate. The district has now postponed implementation of the student mandate from January until September of 2022.

• The Air Force has discharged 27 active duty members for failure to comply with the military vaccination mandate, the first servicemen and women to be let go.

• In Management Today, Orianna Rosa Royle looks at the emerging trend toward government vaccination mandates in Europe and explores the legal questions private employers will face if they independently adopt mandates of their own.

• The CDC continues to emphasize the importance of boosters “to ensure maximal protection against COVID-19,” especially for people 65 and older, the immunocompromised and others who are vulnerable to severe disease. As of November 19, 44% of eligible seniors had received a booster or additional dose.

• 51% of fully vaccinated nursing home residents (and only 22% of staff) have received boosters, Danielle Brown reports in McKnight’s Long-Term Care News. Industry observers worry about “a lack of booster prioritization” as winter - and Omicron - approach.

• Also in McKnight’s, Alicia Lasek shares findings from Israel, where boosters reduced COVID-19 mortality by 90% in a study of 700,000 people 50 and older.

• As for the tens of millions of unvaccinated people, the CDC adds a reminder that “completing the primary COVID-19 vaccination series remains a critical frontline tool for ending the pandemic.”

• Leaders of nine Minnesota health systems took out full-page newspaper ads saying their ERs are overwhelmed and their beds are full, and that many staffers are demoralized by the latest surge, Becker’s Hospital Review reports. The CEOs urged everyone to get vaccinated and boosted and to mask up and socially distance. 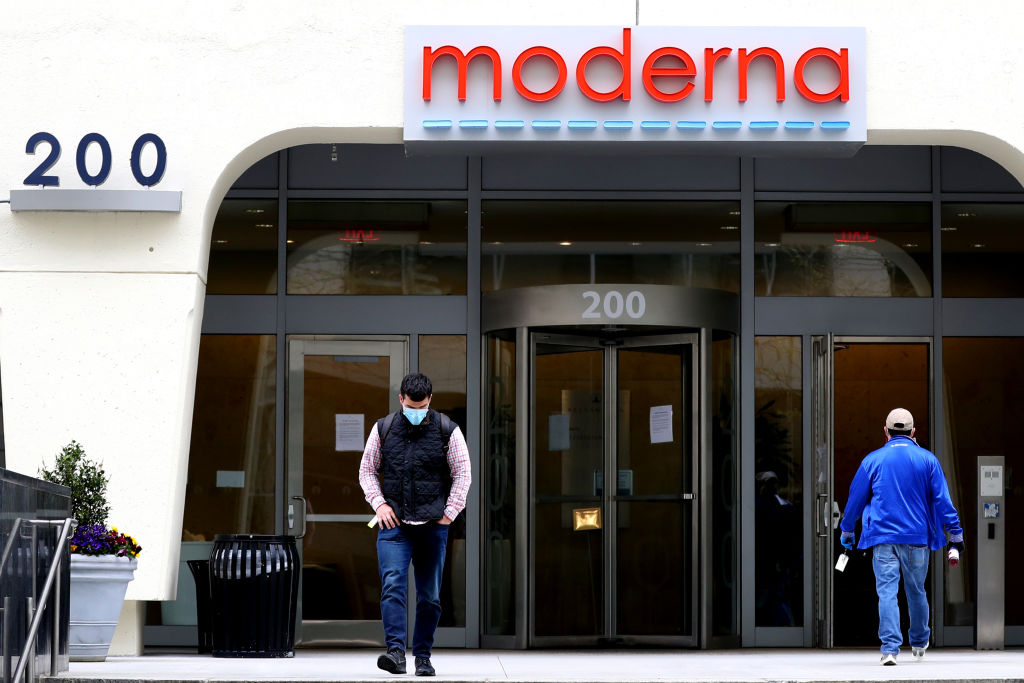 Vax to the future?

• Moderna announced positive results from a Phase 1 study of an mRNA flu vaccine. The company’s goal is to develop “an annual pan-respiratory single dose booster vaccine that is adapted to the circulating strains of SARS-CoV-2, seasonal influenza and RSV,” said CEO Stephane Bancel.

• Remember the flu? And flu shots? The annual effort to promote flu shots is working hard to overcome a case of national vaccine fatigue, Marc Iskowitz reports in MM+M. In case you missed it, National Influenza Immunization Week was December 5 to 11. As the CDC continues to say, “Get your flu shot today. There’s still time.” Flu activity peaks from December through February.

• The COVAX global initiative, led by the United Nations, hoped to deliver 2 billion doses of COVID-19 vaccine to nations in need this year. The actual number will be less than half of that, the Washington Post reports. This renders global vaccine equity a New Year’s resolution once again.

• The FDA has authorized the first monoclonal antibody injection to prevent COVID-19. AstraZeneca’s Evusheld, a combination of tixagevimab and cilgavimab, is authorized for use in immunocompromised adults and children 12 and older who might not mount an adequate immune response to vaccination. Also eligible: people with a history of severe adverse reaction to COVID-19 vaccine or its components. Brian Park has more in MPR.

• In a 60-second spot, London’s Heathrow Airport recreates the opening scene and monologue from the 2003 film “Love Actually,” a montage of emotional reunions (“the warm hugs we’ve all been missing”) in the arrivals hall of Terminal 3. Adapted to today’s pandemic times, the ad “seeks to reassure travelers that the world is returning to some semblance of normality,” Ben Bold writes in Campaign. Hugh Grant’s original voiceover is now performed by Martine McCutcheon, who also starred in the film.

• Taking your child to get a COVID-19 shot can be an adventure and, ultimately, a joy. Just ask MM+M editor-in-chief Larry Dobrow.

After 12 years on the job under three Presidents, Dr. Francis Collins is stepping down Sunday as Director of the National Institutes of Health. In an exit interview with Nature, Dr. Collins lamented the increasing politicization of science.

“Polarization is much worse - and tribalism is much worse,” he said. “We’re in a really bad place. If science happens to produce a result that a political perspective doesn’t like, then science has to be attacked. That’s exactly what we see now happening, to the detriment of getting the facts out there.”

Misinformation about science, Dr. Collins added, “has turned out to be a much more severe situation than I would have imagined a year ago… in many instances we seem to have lost a sense of how to tell the difference between a fact and an opinion - or some Facebook post that’s frankly a lie. That’s truly dangerous. That’s another epidemic that is not going to go away even if we triumph over COVID-19. We need to figure out what happened here, and how to bring ourselves back to a place where our nation has a more stable future.”

…and some songs, featuring kids ages 5 to 11

I Want You Back, Michael Jackson at 11

Mendelssohn’s Dance of the Fairies, Akim Camara at 5

Many thanks for sharing this time and space with us. See you back here next week. Please stay safe and be well - ‘tis the season, after all.

As companies hire metaverse specialists, do these roles have longevity?

Volkswagen moves US work to BPCM

Lessons from purposeful and creative Hall of Famers

'Unfair' payment terms are handcuffing small and minority-owned agencies, and it could get worse