“The role of communications has never been more materially important to CEOs, boards and the C-suite.”

This sentiment, shared by Edelman’s Jim O’Leary, kicked off a PR rock-star roundtable, which focused on the findings of recent Edelman research that tapped 250 communications leaders around the globe speaking about corporate comms’ place in a world of upending transformation and acceleration. It’s a shift that has only been further propelled since COVID-19 changed our world forever last March.

Citing a 2020 study from Twilio, O’Leary notes how data adoption with digital tools leapfrogged ahead six years in just the first six months of the pandemic. That momentum has not ebbed since. Neither has the rise of the C-suite’s reliance on comms.

“Almost half the CCOs we surveyed now report directly to the CEO,” says O’Leary, sharing some findings from the recent study. “That’s a significant change from five years ago, when roughly only a third did.”

“We also found that the increased focus we've all seen on workplace, workforce and employee engagement will not fade away post pandemic,” he adds. Attention to such matters also supports a broader commitment to purpose and ESG.

In fact, reports O’Leary, “Three quarters of the people we spoke to say these issues are main factors driving everything they do in their communications agendas.”

As the roundtable conversation kicks off, it becomes clear that this transformation of comms is evident – and being spearheaded – at the very highest levels of the profession. Below we share insights and examples from the nine PRWeek Power List honorees who joined this exclusive gathering: 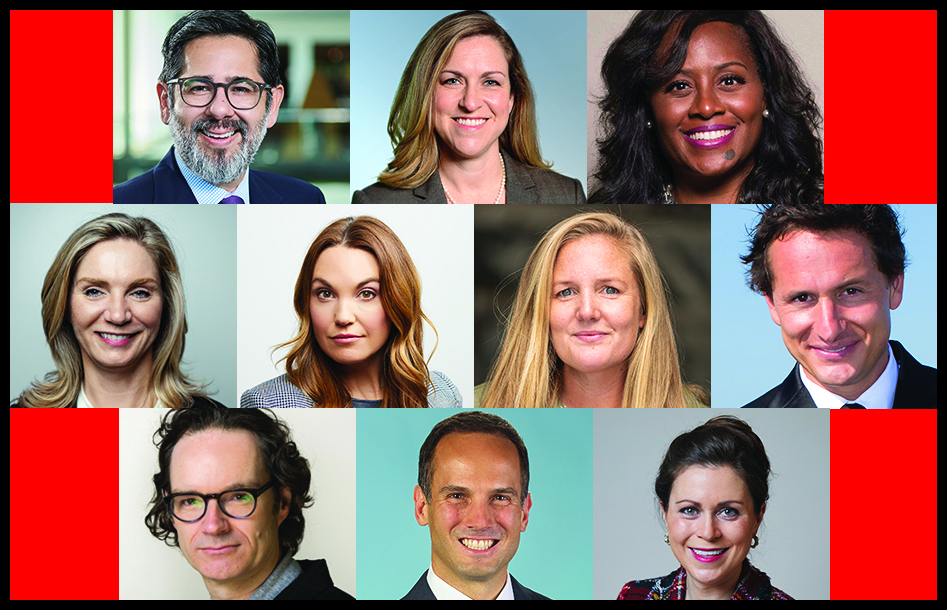 •Jano Cabrera, General Mills
The key thing communications at General Mills is doing to support the business is partnering with three key groups. First, the CEO – to understand what his vision is. Then finance and our strategy and growth officer – to embed that vision into the business pillars, explaining that all of their plans need to ladder up to the enterprise plan. Third, HR. All of our human behaviors are micro decisions that make up the business each and every day. That collective picture is the driving force within the company and it makes our stakeholders look at corporate communications as adding significant, intrinsic value to the business.

•Liliana Esposito, Wendy's
We took some of our existing CapEx dollars we had planned for building renovations and put them into hybrid-meeting communications, ensuring we had training, technology and support so that as we move forward in this environment, we're doing it in a productive and engaging way. For us it's not about an incremental dollar investment, but a repurposing of the dollars we have and focusing it on a positive employee experience for the benefit of the business.

•Jerilan Greene, Yum Brands
I've tried to shape our team to be a clarifier and a catalyst for our organization during times of change. We have also elevated our citizenship and sustainability strategy alongside the corporate growth strategy. For us, it's the long-term messaging discipline that provides value and serves as a rudder for the organization.

This impacts everything from external stakeholder engagement to all of the issues we all started dealing with in 2020 around ESG. When I think about driving value for the organization and not just being a cost center, the way that we framed our value to the organization is that we're the global reputation team and our vision is to create the kind of reputation that creates the best possible environment for our brands to succeed.

•Elizabeth Jarvis-Shean, DoorDash
It’s not just about having the seat at the C-suite level, but embedding that throughout the organization and making sure that there is not just a seat at the table, but that you have a voice in the room for reputational functions in every part of the business. This has really helped us become better storytellers. It has helped us become better partners to those who use our services. When the comms team can make arguments that resonate with operators and finance, it clearly demonstrates we are a business partner, not just an enabling or support function.

•Dustee Jenkins, Spotify
In this environment, there's no shepherd that you trust more to guide your reputation than the communications function. At Spotify, there has long been a question of whether we pay enough to artists. For more than a decade the company has watched this play out without success. So, we put together a task force and had comms lead it, which meant rather than going toe-to-toe in social media, or engaging with naysayers, we created a standalone microsite we called Loud & Clear – and were transparent about how it all works. It’s an example of how we can step in with clarity and conviction.

•K Corley Kenna, Patagonia
A big part of our job as communicators at Patagonia is making sure our intentions are really clear with some of our bold movements – some of the issues that we engage in can be quite polarizing – and making clear to our community that it's not about politics, but it is about our values. There is both a really important reputation factor in that, as well as real value that we see right away as spikes in sales when we explain and share why we did what we did.

•Nigel Powell, Nike
The main opportunity here is moving from the idea of being a critical support or enabling function to being the team that leads the enterprise thinking. Historically, that's what's happened in really strong communications teams, but how do you embed that through the organization? That demands higher levels of talent, people with agility. That's absolutely the future for communications.

ADDING SCIENCE TO THE ART

•Aaron Radelet, CCO, Walgreens Boots Alliance
There’s a “super seven” within our company – HR, investor relations, government relations, marketing, DE&I, CSR and comms. If everybody is working together toward the same public perception with all of our stakeholders, that's enormously powerful, especially as we're approaching our work for the vaccine because it really did take all of us to be at the table.

Communications will never have the same definition again. It’s certainly different than when I started out in PR school. We are much more of a science now than an art. We can bring more value to the table and give collective results to the CEO in ways we never felt were possible.

THE POWER OF (SOCIAL) LISTENING

•Stacey Tank, Heineken
I remember 10 or 15 years ago, it felt like you were feeling around in the dark. What's happening now with our social listening tools is you see something sparking and you go, “Oh, okay, if this gains momentum, this is going to be of interest.”

For example, I recently received pings from friends and was getting tagged on social media about a campaign we launched in 2017. I reached out to our data gurus and asked them to figure out what was going on. Why a four-year-old campaign popped up again. Turns out, there was a German physicist with 35,000 followers who tweeted about it. It went viral again. It’s a wild and wonderful digital world we live in and I am grateful my blood pressure is a lot lower now on that topic than it was 10 years ago.

Lyft hires WE as PR AOR