Celebrities. Micro-influencers. Nano-influencers. Everyday consumers. Traditional journalists. Bloggers. There are more types of influencers in the media space than ever before, which makes decisions about whom to engage and work with more challenging than ever.

Ketchum’s Mary Elizabeth Germaine says choosing an influencer starts with defining a goal and identifying the audience the comms team wants to reach.

“It’s really all about the audience,” she advises. “You can find an influencer with 5 million followers, but if less than 1% of them is the audience you’re really trying to get to change their opinion or behavior, you will have spent a lot of resources on someone who isn’t necessarily authentic to the people you’re trying to reach.”

“It’s critical to understand the demographics of an influencer’s audience,” continues Germaine, “and how authentic that influencer seems to the audience you want to reach.”

“We have our own internal influencers (our talent) and other types of influencers we work with to expand our reach and get to completely different audiences,” notes Claudia Franklin, VP of publicity at NBCUniversal Telemundo.

The potential impact of a strong influencer partnership is such that the American Egg Board shifted from a concentrated digital advertising campaign to an influencer-based strategy in 2021.

“We’re doing it in a much more structured and analytical way,” explains Sue Coyle, the organization’s senior director of marketing. “It’s our primary means of marketing now. We're focused on increasing consumer awareness and providing consumption ideas using micro-influencers to supplement our own content.”

“The biggest filter is who makes sense for the brand and connects on purpose,” adds Hallmark’s Lindsay Roy. “We like to have longitudinal relationships as the epicenter, then concentric circles of people who make sense for certain situations.”

“We have female customers 90% of the time,” she continues. “For Valentine's Day, though, we try to inspire a male audience in a different way. We're launching quite a few new innovations, so we want to branch into a newer audience or a younger audience.” 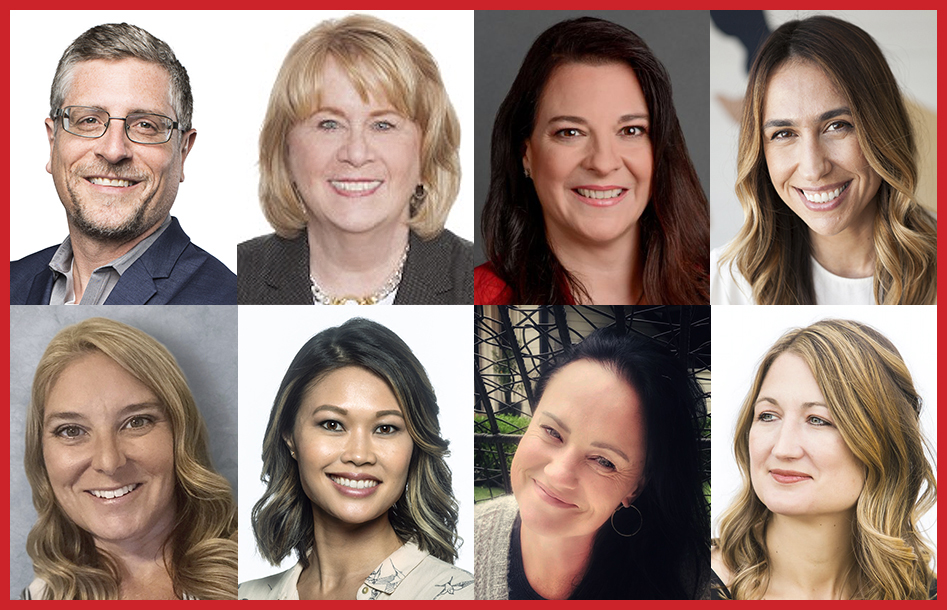 Many brands also increased their focus on influencer partnerships in response to the challenges presented by the pandemic.

“People really needed information,” she notes. “We focused on getting our research and development team in front of the media. We knew we could teach people how to clean.”

While panelists agree that authenticity is a primary concern in choosing an influencer partner, Ida Kay, most recently with the World Surf League, takes it a step further.

“We've shifted to more of a co-creation with a value exchange and authenticity on both sides so that the content reaches the consumer in the best possible way,” she says. “An influencer is a good fit when they speak on behalf of your brand in a way that fits their audience. Trust and co-creation allow the content to perform better.”

At Hyundai, influencer relationships are part of both the comms and marketing teams’ responsibility, but expectations from the teams is very different.

“Marketing works with celebrity-status influencers, usually as a byproduct of a commercial that they've shot,” explains Victoria Walden, who manages social media and influencer for the carmaker. “PR works with mid-tier influencers with good engagement. Numbers are great in terms of followers, but impressions don't get interactions. We like to see our influencers really engaging with their audience. We turn them into long-term ambassadors.”

Panelists agreed on the importance of viewing influencers through what Roy called “an authenticity lens.”

“It’s important to really, truly vet the influencers we're working with,” emphasizes Walden. “Look at the actual content, not just the numbers.”

Santos readily notes how useful data is in helping comms pros select the influencers with whom they will work. That said, she feels there is still something to gut-level decisions.

When the company was looking for ways to generate attention for its Clorox Turbo Power Sprayer among small business owners during the pandemic, Santos was convinced that actor Danny Trejo, star of the Machete films and owner of six taco shops, was the man for the job.

“I knew multicultural small business owners would listen to him,” she recalls, “and believe that he understood their struggles.”

Santos put all her chips behind Trejo and it was a bet that paid off.

“There’s something to the old-school PR news nose,” she says. “People are losing the gut feeling a little bit. Sometimes you don't know why it's going to work, you just know it will.”

Ketchum’s Rob Bernstein uses a “fitness program” to identify and activate influencers who can really move the needle for a brand.

“First, we look for audiences to see whether an influencer is actually speaking to the people you want to speak to,” he counsels. “We also look at performance fit, as well as historical data measuring how this influencer actually drives engagement and fits your KPI. Additionally, we look at brand fit and commercial fit to determine if the influencer fits your budget.”

Roundtable participants also discussed how using data and analytics can help comms pros prove the impact of influencer activations on the bottom line or other C-suite objectives.

“It's a whole new day for how we're looking at the ROI of influencer marketing,” reports Germaine. “Advancements in data and technology allow us to connect an influencer’s audience to see if those consumers bought more of a product after engaging with content from the campaign.”

Working with Ketchum and using their omniearnedID data engine has “been a game-changer,” adds Coyle. “We're able to connect some influencer work back to sales, lift and ROI. At the end of the year, we'll be comparing a lot of the programs against each other and trying to find that balance of spend.”

Bernstein expects that as measurement of influencer engagement becomes even more refined and paid media becomes increasingly challenging, influencer marketing will become even more relevant to marketers and media planners.

The question of whether or not to pay influencers is always a key consideration. Based on our gathering, the overwhelming majority do indeed pay because it leads to stronger results. And they do so comfortable in the knowledge that consumers generally understand there is some aspect of compensation tied to influencers’ work.

“Millennials and younger consumers are not cynical about this form of advertising,” asserts Bernstein. “They get it. They also get that their favorite influencers are aligning with brands they really love.”

When asked about any concerns that the acceptance of payment could marginalize the impact of the partnership, Germaine points out that when the brand-influencer fit isn’t right, it’s riskier for the influencer than it is for the brand itself. As such, payment or not, influencers aren’t likely to shill for products in which they don’t fully believe.

“Predictability demands that you pay influencers, you come to terms for exactly what you want from them and that they remain on brand on messaging,” notes Bernstein. “The art and the craft part is ensuring that they're also able to express themselves the way their audience loves.”

Of course, payment doesn’t always mean cash. It can also be providing a product or experience that generates coverage.

“We can invite micro-influencers into events or experiences where they're not being paid,” adds Kay. “When you get the right mix/right group of micro-influencers with very high engagement at one event, you can capture a community within your digital activations.”

Around the office with Starbucks’ A.J. Jones