Eddie Kim, founder and CEO of Memo, believes the comms function has taken on far greater significance in today’s ecosystem.

“People understand that our ability to tell stories can affect real change to the business,” he notes. “We are increasingly living in a narrative-driven world. PR and comms are the stewards of that story.”

Narrative-driven comms strategies, of course, can be critical to shaping brand perception.

“The layers of what consumers care about these days is much deeper,” explains Brian Brockman, VP of comms, US and Canada, Nissan. “You can’t convey everything you want a customer to hear simply through advertising,”

“If we're launching a new vehicle, we'll go with a full-fledged launch campaign,” he continues. “Increasingly, though, people want to do business with companies they feel good about, that support their values and priorities. The PR function communicates what the company stands for, those things that build confidence in a company, things that are too corporate for a simple ad.”

Post-2008 financial crisis, Goldman Sachs turned to a narrative-driven approach when it recognized the need to communicate what the firm actually does to consumers who may have formed a negative perception of the brand. 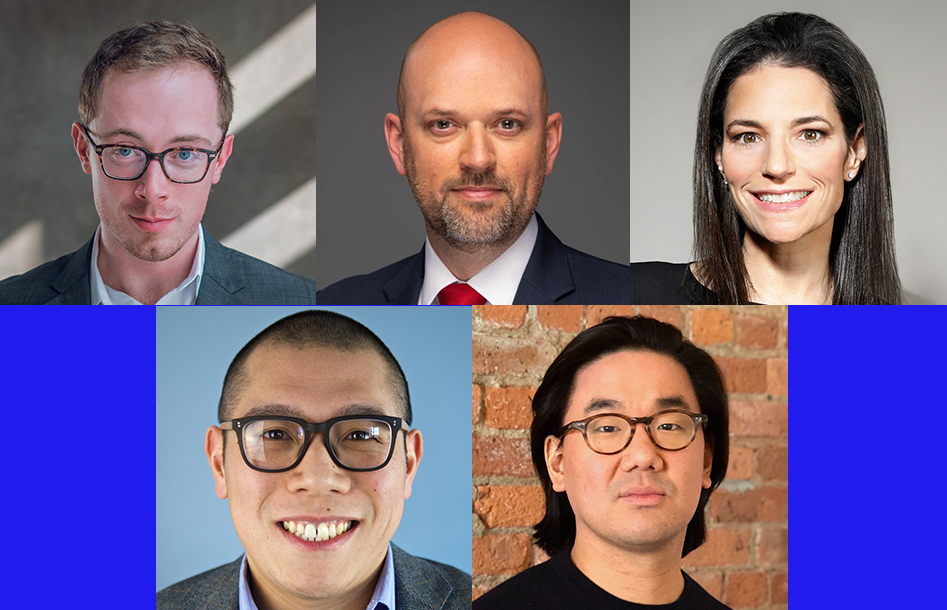 “As a firm we're increasingly consumer facing. We pay a lot of attention to brand perception,” says Patrick Scanlan, the company’s VP, corporate comms. “We’ve tried to start a conversation about the positive ways we hope to make a more inclusive and equitable economic future for everyone.”

Will Tsang, VP of North America comms at Mastercard, notes the foundation of his team’s strategy for driving a brand narrative is built on forging strong media relationships.

“As a B-to-B-to-C company, MasterCard is in a unique position,” he offers. “We've taken a step back and changed our approach to focus on the evolution of our company narrative and we’re building relationships with reporters so they understand where we're going as a company. We’re telling fewer stories, but bigger and better ones.”

The pull of traditional publications

“The average time someone spends on a social post, such as on Instagram or Facebook, is less than a second,” reports Kim. “The average time someone spends reading an article is more than 90 seconds. The argument for social platforms is pervasive, but how much message pull-through do you get through those? Almost nothing. For it to resonate, there's really no other channel like organic article content through publications.”

“There is still a powerful element to that traditional print publication,” concurs Tsang. “It's a great way to reach potential new investors. A typical Wall Street Journal announcement can get up to 100,000 people in the C-suite to actually read it.”

“The long-term search value of a media piece written by a premium publication is forever,” emphasizes Kim.

When Starbucks took a leading role in the campaign to get rid of plastic straws, the news continued to drive traffic over a year later.

“Maybe they got a million people to read about it initially, but they got 10 times that number of people to read it over the next couple years because of the continued interest in plastic straw alternatives,” explains Kim.

“We spend a lot of time developing relationships with reporters. Those are really important for us,” shares Scanlan. “It requires a lot of old-fashioned conversation with them to help them understand the complexity of our business. Every single Goldman article in the Wall Street Journal gets read. There's nowhere else in the world you can do that.”

Scanlan also calls out the value of specialized, targeted outlets. “We have a ton of different stakeholders and one of the most crucial is employees – 40,000 of them. We need to find ways that we can engage with them honestly and openly.”

“Some of our executives, who only wanted to see coverage in The New York Times or Wall Street Journal, are starting to see the impact that these newsletters and different online publications have because of their reach and the scale,” agrees Tsang. “Some of these newer publications write in-depth pieces that can turn the table.”

“A [Business] Insider story might receive a few thousand readers behind a paywall, but a large percentage of them are on corporate accounts,” notes Kim. “And those people are in industries or positions where their opinion of your company matters and would be very costly to reach through any other channel.”

Targeted messages have tremendous cachet. “Earned media, traditional outlets still play an important role in what we do,” says Brockman. “If we revealed a new sports car, enthusiast publications are an outstanding way to get that car out to the people who are likely going to buy it, so having the cover of Car and Driver or Motor Trend is a huge value to us.”

The amplification received from such prime placement is invaluable.

“The New York Times placement also runs online as part of a newsletter or on a reporter's Twitter feed, then it gets amplified by other readers, other reporters, other outlets and various sources,” explains Liza Fefferman, EVP and head of comms at MTV Entertainment Group, ViacomCBS.

“Employees willingly share any type of amazing media coverage on LinkedIn,” adds Tyler Benson, PR manager at Chipotle. “It's kind of a trophy for them to see third-party validation about the company. That goes a long way.”

At the end of the day, Fefferman suggests “it's not either-or, it's all. It's all incredibly important. It's just dependent on who your audience is and who you're trying to reach.”

Demonstrating this value is something our panelists are currently pondering very seriously.

"A lot of the tools we used at the start of our careers are really antiquated,” admits Tsang. “We don't really rely on impression numbers anymore. We're trying to reevaluate because, at the end of the day, we do want to show our impact and our results.”

“There are different metrics based on a culmination of everything from social to stock price to what third-party analysts are saying about us,” says Fefferman. Her team looks at whether the stories they are telling are helping to move the overall stock price, whether they are causing lift in social or an increase in their ratings and share. “We also look at what content helps not just drive, but also retain.”

At Chipotle, marketing and PR are focusing on driving digital sales and increasing the number of rewards members.

“We definitely rely on our brand tracker, which provides an inside look into how our marketing and PR efforts are affecting or influencing brand perception,” notes Benson. “We can determine whether consumers are hearing positive things about the brand or how we measure up against our competitors in menu innovation or sustainability efforts. Correlating announcements to those increases in positive perception among our consumers each quarter is definitely something we use to evaluate our PR success.”