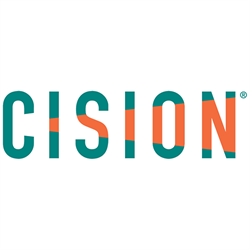 “If you imagine a pilot flying a plane, that plane has lots of screens. It’s doing lots of analysis and lots of tracking to see how the plane is performing. While the plane is flying as it should, on autopilot, you don’t need too much information. Everything is ok. But what happens when things start to go wrong and the screen on your plane just says: ‘plane bad’? You’re not going to know what to do.”

Barnaby Barron, Head of Insights at earned media software and insights services CISION UK, was speaking at PRWeek’s B2B Summit in the session ‘RO-Why? Looking beyond measurement and ROI’. He believes the risks of relying on a single ROI metric are similar to being on autopilot.

He continued, “At this point, when things are running smoothly, you can often see brands or businesses lean into a single ROI metric: one that simply says, ‘things are going well’. Where this becomes really, really dangerous is six months down the line, when things start to go wrong and you start missing your targets. Just like the pilot who can only see the readout, ‘plane bad’, you don’t know what has changed and that leaves you powerless to stop things spiraling out of control.”

The answer, Barron explained, is to move clients away from a single, headline ROI metric to a range of metrics that deliver meaningful information and allow the communications team to act, quickly and effectively, when circumstances require.

He emphasised that they don’t need more than three or four well-chosen metrics, which are clearly relevant to the business goals. This should be enough to allow the comms team to understand how well their campaigns are performing, and to course-correct as necessary. And while it provides the required level of complexity, such as a dashboard, it is also simple enough that a time-poor senior executive can grasp quickly what is happening and make the decisions the comms team needs them to make.

Barron breaks down measurement into three levels. The first is activity: the volume of content produced, the number of people you’ve reached, and so on. The second level is what he describes as “outtakes”, for instance the level of audience engagement and impact on brand awareness. Finally, there are outcomes, such as visits to the website and conversion rates. Finding a small number of actionable metrics that convey meaningful information about these three areas is far more useful than a single ROI metric.

But, Barron stressed, no matter how good and relevant a metric may seem to the comms team, it’s only actionable if someone with the necessary authority can be persuaded to take action based on it. That places a premium on crafting metrics that speak to senior stakeholders’ concerns and that those stakeholders will feel impelled to act upon, even when the pressure is on, time is tight and there are many other demands on their attention.

PR is often undervalued, Barron said. He pointed to a Dilbert cartoon in which the protagonist describes corporate communications as “just liquor and guesswork”. But at the same time, PR is also often regarded as a kind of wizard function, made up of Svengalis who can manipulate minds to make almost anything happen.

This often leaves the comms team trapped between the rock of cynicism and the hard place of elevated expectations. The best way to counter this is with detailed – but not over-detailed – and actionable metrics, which can deliver a far higher quality of insight than a single ROI metric ever could.

To find out more about how your company can move beyond a single-metric ROI and how to convince even sceptical stakeholders of the need to make the leap, watch Barnaby Barron’s PRWeek B2B Summit presentation or contact Cision, now.

How to keep control in a catastrophic PR crisis

WPP: Greenpeace is ‘right’ to protest but we will still work with energy clients