What does a reputation crisis look like in 2021? How did the coverage of Peloton’s product recall compare to that of its API problems? How did the public react to the news?

NewsWhip is the leading provider of real-time and predictive media monitoring, and we’ve examined all of these questions and more in our latest special report on brand reputation for Q2 2021.

In the report, we used a mix of public and media interest to examine various brand crises, looking at the length and drivers of some of the most headline-grabbing stories of the quarter.

The full report looks at four different categories: ransomware attacks, product recalls, executives in the news, and politics impacting brands. Here, we’re going to highlight some of the most salient examples of product recalls, and brands getting pulled into politics. Let’s first look at Coca-Cola.

Coca-Cola has had a pair of different instances with the potential to damage the brand’s reputation this quarter, with one being a political moment.

Our Compare feature allows us to see how much these narratives were comparatively covered and resonant, by combining data for the number of stories they were written and the number of times they were liked, shared, or commented upon on the social web. This gives us a combined view of not only how much the media wrote about each, but also how much importance the public gave it.

The political situation was a North Carolina county voting to ban machines that sell Coca-Cola due to what it alleged was the company’s “woke politics.” Despite only being written about a little over 250 times, the articles covering this, which mostly came from conservative publications, received more than a million engagements.

We can find a useful comparison in Cristiano Ronaldo’s removal of a Coca-Cola bottle from a press conference at Euro 2020, in which he told people to drink water. 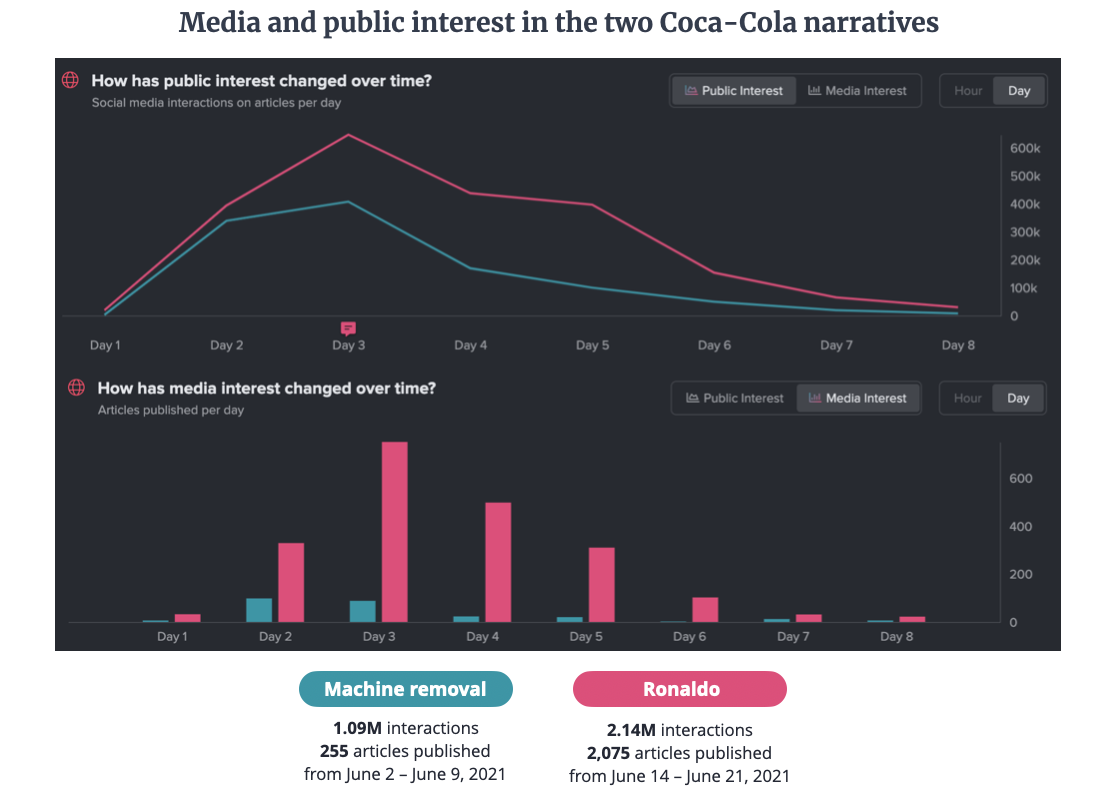 Although this was covered in the press around eight times as often as the North Carolina story, the engagements were only around double, which shows how much the machines being banned resonated amongst certain online communities.

Peloton is another particularly interesting example of this, as it provides us with another chance to contextualize potential crises against each other for the same company.

After being warned by the U.S. Consumer Product Safety Commission in April, Peloton finally issued recalls for two of its treadmill products in May of this year. 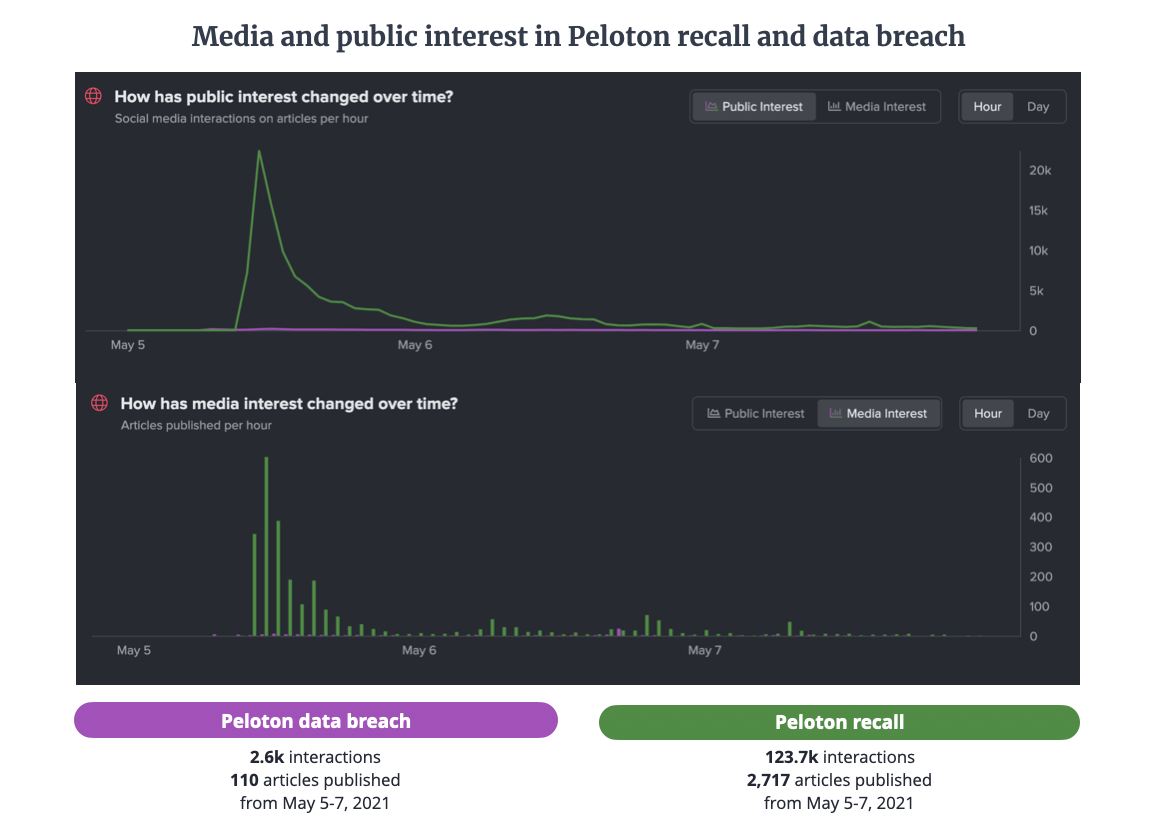 The recalls were acknowledged in an earnings call, around the same time a potential data breach was exposed. The chart above examining the media and public interest in the two events makes it obvious that almost nobody paid attention to the data breach, which received 2.6k total engagements compared to the 126k engagements associated with the recalls.

Even in the media, the difference was marked, with 110 articles written about the data breach compared to 2,700 about the recalls. Ars Technica had the most engaged coverage of the breach, noting that it had taken Peloton three months to fix the flaw in their API.

These were just some of the challenges that brands faced in Q2, and our full report contains a number of other examples, from ransomware attacks to executives making the headlines for the wrong reasons. If you’re interested in the full report, you can download that here.