While discussions around DEI efforts preceded the tragedy, George Floyd’s murder at the hands of a Minneapolis police officer was a flashpoint in how issues of race and diversity must be addressed by corporate leaders. On May 25 this year, the anniversary of Floyd’s death, PRWeek gathered leaders across the PR and communications industry to discuss the status of DEI issues, the progress that’s been made – and what needs to come next.

Immediately following Floyd’s death in 2020, Edelman research found near-universal public recognition that systemic racism exists – and an expectation that businesses use their influence to take action.

“For brands, addressing racism is a business imperative,” said Ross.

A YEAR LATER
Edelman researchers returned to the field one year later to reassess public sentiment – and the numbers are jarring.

Only one in three respondents feel that America is making progress in addressing racism compared to the same time last year. In fact, 18% said the situation had gotten worse, and nearly half (46%) of overall respondents believe that the business community has done very little to improve the situation with concrete action. These numbers are higher among Black, Latinx and Asian-Pacific/Islander respondents.

CEOs were not exempt from condemnation. While 79% of respondents expect CEOs to act – for example, establishing zero-tolerance policies on racism – fewer than 25% trust CEOs to actually do something.

The research also uncovered severe consequences for a failure to take action: 42% of Americans and more than half of Black and Latinx consumers said they stopped using a brand due to inaction on systemic racism. An equal number reported they no longer work for an employer for the same reason.

“The business imperative is clear for brands,” explained Ross. “If you want to keep your employees and your customer base, you have to engage.”

We asked six top PR and communications leaders to share their stories, sentiments and counsel on how communicators can bring about real change. Here’s what they had to say. (Responses have been edited for clarity.) 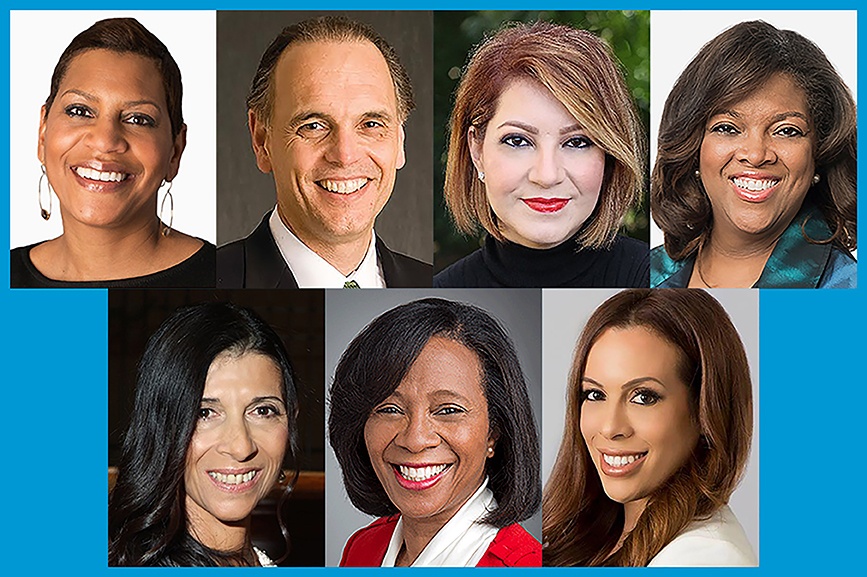 •CRUCIAL FIRST STEPS
Mike Fernandez, Enbridge: We have a responsibility to provide context for how our organizations should react and respond. We must have candid conversations about our commitments internally, with the board, with organizations and with the customers with whom we partner.

We reached out to CEO Action for Diversity & Inclusion and [the] BlackNorth [Initiative, in Canada]. We brought in HR to make sure that we blunt unconscious bias and that there are not pay differences between women and men, between people of color and others. We did an internal podcast series with the executive director for BlackNorth, a lesbian employee who talked about what it was like to come out, and a black woman with young male children.

We know that we're on a journey and we've got much more to do. Those first steps, however, are so crucial.

•HELPING OTHERS, EVEN IF IT DOESN’T HELP YOU DIRECTLY
Rosanna Fiske, Royal Caribbean Group (was SVP of corporate comms at Wells Fargo at time of roundtable): We can bring a lot to the equation with courage and candor. We recently made a $15 billion commitment to support African-American owned banks that are getting investments directly from Wells Fargo.

It's not just about financial education of communities of color, it's investing in those communities. Maybe they don't want to do business with Wells Fargo. Perhaps they want to do business with another bank because that's who they trust, that's who they know. If we can help them reach the highest levels possible through that avenue, let's do that. Because that brings equity for all of us.

•ACCESS FOR ALL TRULY HELPS EVERYONE
Kimberley Goode, Blue Shield of California: We will not be competitive if we aren't responsive to a marketplace that is very diverse. In [our sector], we understand clearly that when only some people have access to quality, affordable healthcare, that's going to create a pocket of unwell people and drive up the cost for everyone. Health equity lifts up the entire healthcare system.

Silence and serving your own self-interest are the great enablers of inequity. This moment is causing us to speak up. I love the power of young people today who have said, ‘We see you, you will hear us and we will hold you accountable.’ That's exactly what organizations need to understand. Are we creating, through our actions, equitable experiences? Are we standing up and being courageous when we see inequity? Are we doing all we can to dismantle it?

•EQUITY: THE CRUCIAL PIECE
Ines Gutzmer, Aflac: I’ve heard it said that diversity is to be invited to the party, while inclusion is to be asked to dance. To add to that: Equity is playing music that I can dance to. That is where we need to go next. We need to make sure that we give opportunities that level the field.

We found that Black Americans have more difficulty than other demographics with finances, so we put together several modules to help that particular group understand budgeting, retirement, things that come with having good financial health.

•INCLUSIONARY CAPITALISM
Michele Moore, Ford Foundation: From a brand positioning standpoint, are corporate entities and brands committed to make the deeply rooted financial commitments to change the trajectory of where investments go and how it affects their portfolio? That is one of the most long-lasting systemic things we can do to leverage our power as brands. Boards can do it in a moment.

We created an investment portfolio to focus on mission-related investments. We invest in communities, housing. We don't expect major returns, but we know, ultimately, that's our leverage from a capital investment standpoint.

•IT CAN’T BE A ONE-PERSON JOB
Esther-Mireya Tejeda, SoundExchange: Too often, this has become a job of what are the right things to say at the right moment, as opposed to what's really the right thing to do. One issue is that DEI councils often put additional pressure on employees of color [to change everything]. In doing so, we're actually making it harder for people to be successful in their role because we're giving them more unpaid work in addition to what they're supposed to be focused on.

DEI needs to be treated the way any other business imperative is. You hire consultants, build teams, bring on staff. DEI only gets solved if there is a dedicated approach to doing so, with the proper manpower.