The race to get Americans vaccinated against COVID-19 has picked up, with the FDA looking to authorize emergency use of the COVID-19 vaccine on 12- to 15-year-olds as soon as next week.

State governments are relaxing lockdown restrictions and businesses are reopening. But scientists say there is still a long road ahead to reach herd immunity.

That’s why last week, the Black Coalition Against COVID launched a series in collaboration with marketing agency Real Chemistry called Black Doctors Read COVID Tweets to educate young people of color on the importance of getting vaccinated.

“We've been successful in vaccinating our 65 and older population and now we've got to [target] younger people,” said Dr. Reed Tuckson, cofounder of BCAC and former U.S. Commissioner of Public Health during the AIDS epidemic. “It's so important that we as health professionals are sensitive to the fact that people do have questions and doubts. They want more information as they try to make very difficult decisions.”

In the series, Tuckson and other guests read COVID-19 tweets from Twitter users and respond to them with scientific evidence. The campaign is an effort to dispel myths and misinformation using both facts and cultural humor.

“We are seeing a lot of misperceptions like whether or not the vaccine has been well tested, what's it made of and misinformation about whether or not people are planting nanotechnology in people's arms,” Tuckson said. “But [in] particular, young people have questions around things like fertility. It's an issue that is very difficult to get enough information on.”

Black and Hispanic Americans have a long history of mistrust in the American medical system due to discrimation and mistreatment, most notably unauthorized experimentation in the U.S. Public Health Service Syphilis Study at Tuskegee.

Consequently, communities of color are not getting vaccinated at the same rate as white racial groups. In the first month of vaccine availability, only 5.4% of Black Americans and 11.5% of Latinos received at least one dose, in comparison to 60.4% of white people, according to Centers for Disease Control and Prevention data.

The disproportionate vaccination rates are higher among young people, with 26% of Gen Zers saying that they won’t get vaccinated, and 19% saying they are unsure, according to a Morning Consult poll conducted in March.

Meanwhile, COVID-19 deaths are 11 times higher among working-age and young Latinos, particularly those born in another country, according to a University of Southern California study. Vaccine distrust is highest among this group. 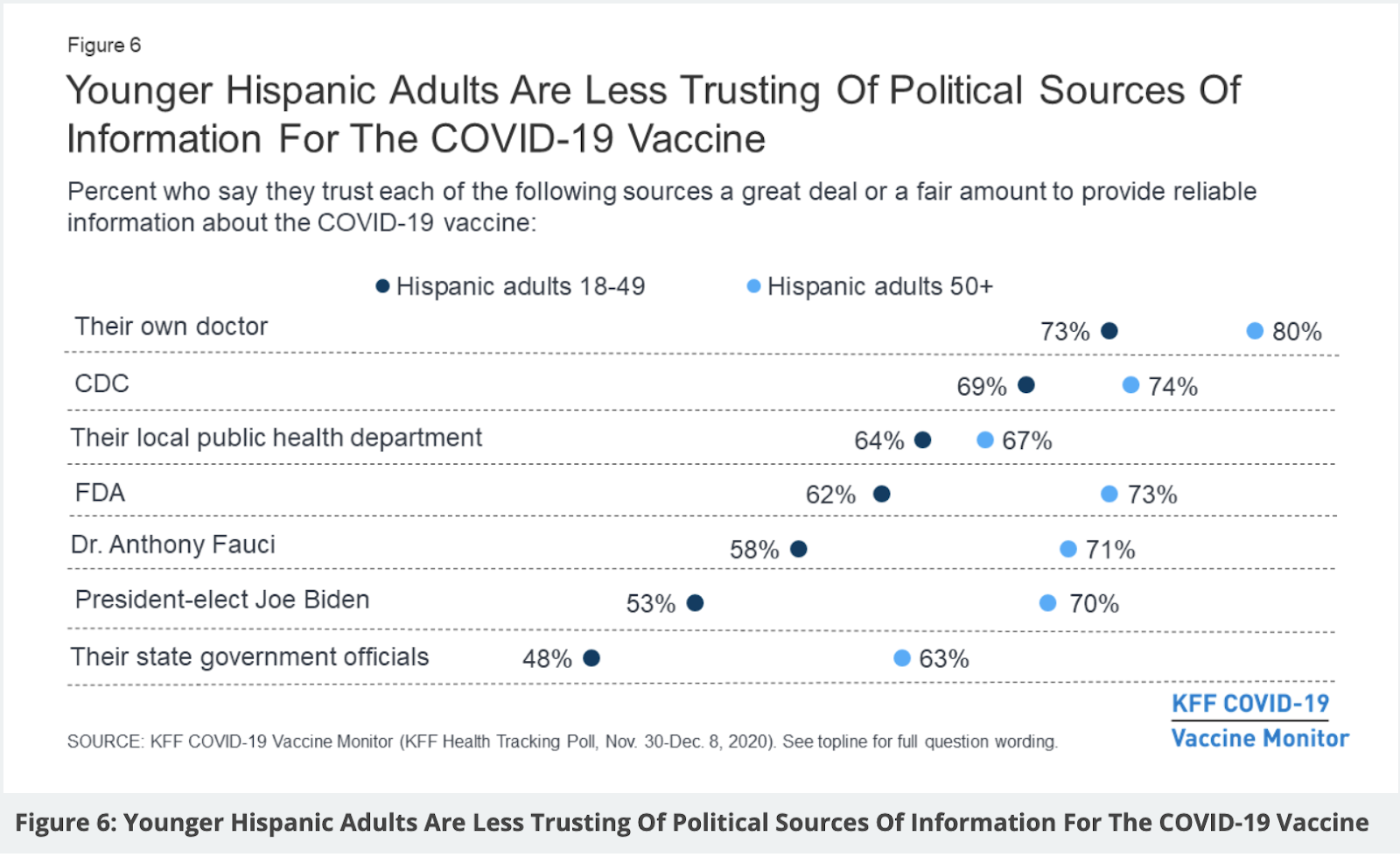 It is a reflection of the lack of communication and misinformation about the vaccine aimed at young people.

But Tuckson said there is a distinction between the past and the present that needs to be made clear.

“The Tuskegee syphilis study was abominable because people with a disease were denied access to the treatment that would have cured them. What we're starting to say to people is that [they] should be upset with the legacy of Tuskegee, but should not deny themselves access to the drugs that will save [them],” he said.

BCAC is also sharing information online to grow awareness around the fact that Black physicians have played a part in the scientific discovery and review of the vaccines.

Launched in April 2020 to address misinformation about COVID-19 within the Black community, BCAC is made up of more than 40 allied organizations, including Howard University, Morehouse School of Medicine, National Urban League and National Black Nurses Association.

In the last several weeks, Tuckson said the coalition has held events targeting Black, Hispanic, Asian and Native American communities, as well as evangelicals, who have also been found to represent a large number of hesitant groups.