Before leaving, Aiken will likely see out the next stages of the controversial Reshaping GCS programme he devised.

A memo leaked last summer revealed the existence of the Government’s plan to reduce the head count of government comms staff from 4,500 people to just hundreds.

The Reshaping GCS programme affects staff working in government departments as well as arm's-length-bodies, it was revealed in March. It also emerged that a company specialising in change management has been awarded a £2.5m contract to oversee the restructure, provoking fury among Civil Service unions.

Aiken was put in charge of overseeing Reshaping GCS, but was not present for a crucial virtual briefing at the end of March to explain the next stages of the programme. Instead, the briefing was hosted by Anna Milne and Cheryl King-McDowall, deputy directors at the Cabinet Office, as well as Gem Walsh, transformation director at GCS.

When staff attending the briefing asked why Aiken was not present, they were told it was now in the hands of the Reshaping programme team. A government comms source, who attended the virtual briefing, told PRWeek: “There was a piece of sentiment on the chat that Alex Aiken will be there until the autumn this year, when the programme starts in its new form. Alex has agreed to stay to see the Reshaping programme through and will then go.”

The source said: “Alex Aiken… survived being pushed out by the Prime Minister, following the Dominic Cummings and Lee Cain exit last year.”

As part of the changes under Reshaping GCS, PRWeek understands there was a plan to create a new, strengthened position for the most senior comms person in GCS to give the comms profession more authority across Whitehall, and that Aiken hoped to be appointed to this role.

But a former senior government comms source claimed that Alex Chisholm, chief operating officer for the Civil Service and permanent secretary at the Cabinet Office, had decided as early as last autumn it was time for a change in direction for the leadership of GCS.

A senior former government comms source told PRWeek that Aiken cut an increasingly lonely figure in Downing Street once the decision had been made to not elevate him to the new position. The source said: “He became more sidelined as time went on and he was not seen as a player in No. 10. By November last year, he was considered a peripheral figure who was on his way out.”

Aiken was appointed to his current role in 2013, with a remit to drive up standards in central government comms, as well as manage the combined Cabinet Office/No. 10 comms team. He was previously director of comms and strategy at Westminster Council for more than 12 years and, before that, deputy director of the Conservative Party, managing its campaigns.

A Cabinet Office spokesperson said: "These claims are untrue – Alex Aiken continues to lead the Government Communication Service and retains the full support of the Prime Minister and the Civil Service Leadership." 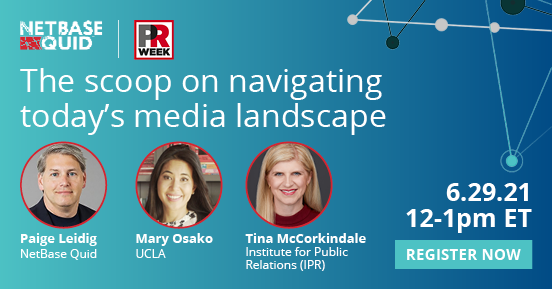