Twitter is letting handles with more than 600 followers use the in-app product, which was in beta, and allowing brands to engage audiences by listening and becoming a part of vocal conversations.

Unlike Clubhouse, which is only available to users of Apple’s iOS operating system, Spaces is accessible via both iOS and Android.

Twitter users who start speaking in a Space will see a purple bubble appear on their timeline. Other users can listen and react with emoji or tweets or direct message the Space and request to speak. 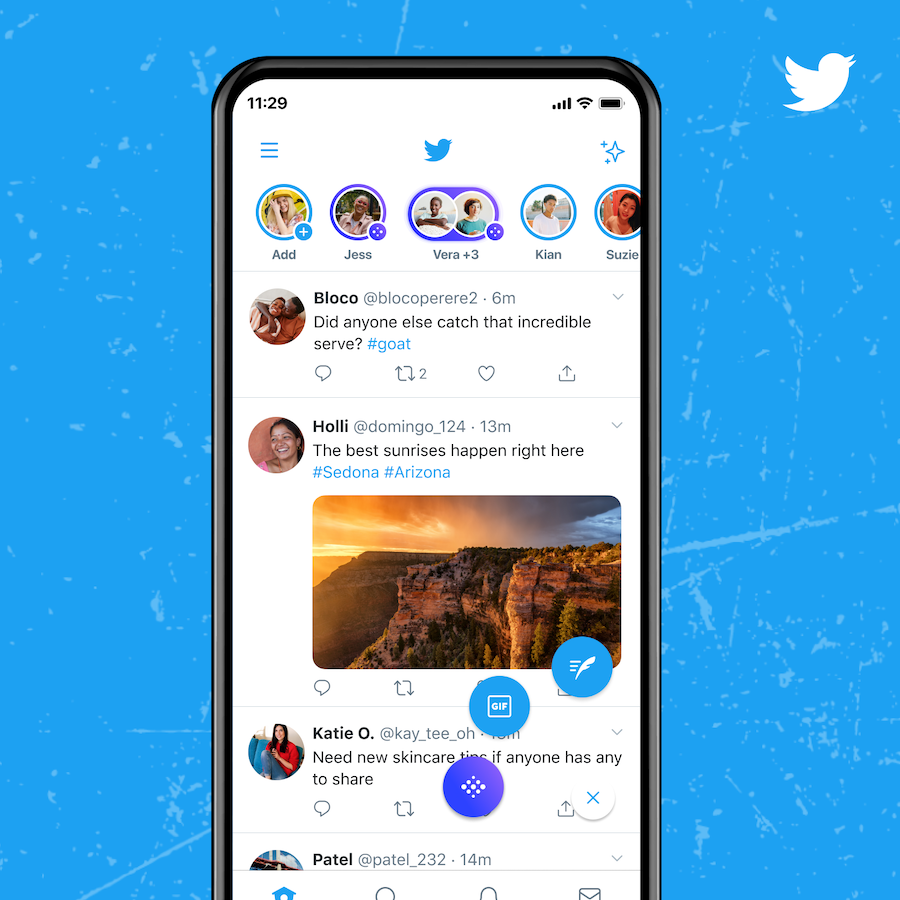 The host can tweet the Space and turn on captions so people can follow. The creator controls the Space, inviting participants but maintaining the ability to mute speakers, take the mic, remove users or block them from the Space.

Twitter hosted a Spaces session to roll out the update and guide brands in how to use it. The company has also added Ticketed Spaces, where hosts can determine the prices and number of listeners granted exclusive access. The function also allows for scheduling, reminders and co-hosts.

Twitter has compared the product to radio, which has a projected 2021 market of more than $12 billion as an advertising medium. The company emphasized brands’ focus on social media for conversations, noting eight out of 10 people on Twitter follow brands. It cited one of its studies with 40 companies, in which a 10% increase in brand conversations could lead to up to a 3% increase in sales.

Twitter posted just over $1 billion in Q1 revenue, a 28% year-over-year increase, and a profit of $68 million. However, it missed analysts’ expectations on user growth.

Twitter VP of global comms Brandon Borrman is set to leave the company on June 10. Giovanna Falbo will temporarily assume his duties.