PRWeek's Five Campaigns We Liked in March contest was eventually won – with more than half of the total votes – by a clever campaign from Tin Man for Smart Energy GB.

Second place went to the WWF and its visually striking #WorldWithoutNature campaign. 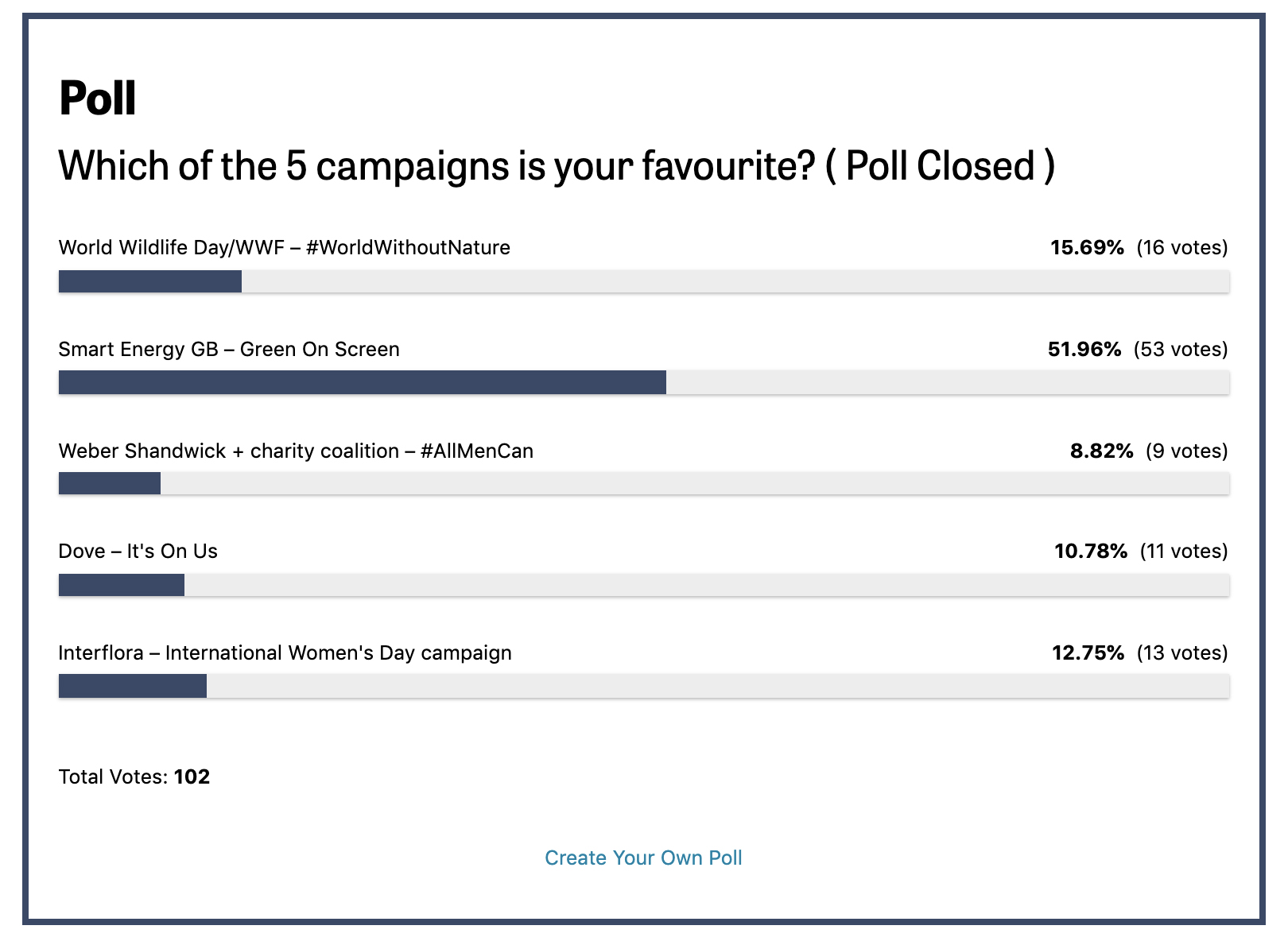 Smart metres are an important contribution to a greener future but there is hesitancy on the part of the public to adopt them.

To tackle this problem, Tin Man devised the ‘Green on Screen’ campaign for its client, Smart Energy, which showcased an academic analysis of 150 hours of television for its underlying environmental content through the more accessible lens of a spoof morning TV show fronted by Alexander Armstrong.

The campaign and resulting media coverage led to an upsurge in customer enquiries to energy suppliers to request a smart meter while public consideration to use them increased by nearly a third.

'Either help me the f*** out, or make me laugh' - PR creatives on what to expect from brands this summer