In the week that the UK had its first taste of freedom (and a pub-pulled pint) many brands were competing to be the destination of choice for consumers.

Here’s my pick of the best (and the rest).

Like many people, my yearning for an evening with friends in a pub garden was only matched by a desire to fix my now Kurt Cobain levels of root growth.

Enter stage left, Heineken, which partnered with celebrity hair stylist Michael Douglas to introduce pop-up salons in pub gardens across London, Manchester and Birmingham. To land an appointment all you need to do is buy a pint of Heineken; I’m assuming Michael won’t be having a swift one with you.

It’s a hit for me because Heineken understood the competing priorities of its audience and developed a clever yet simple creative solve for them. Plus, the brand didn’t scrimp on the execution, which really makes this a cut above the rest (sorry). 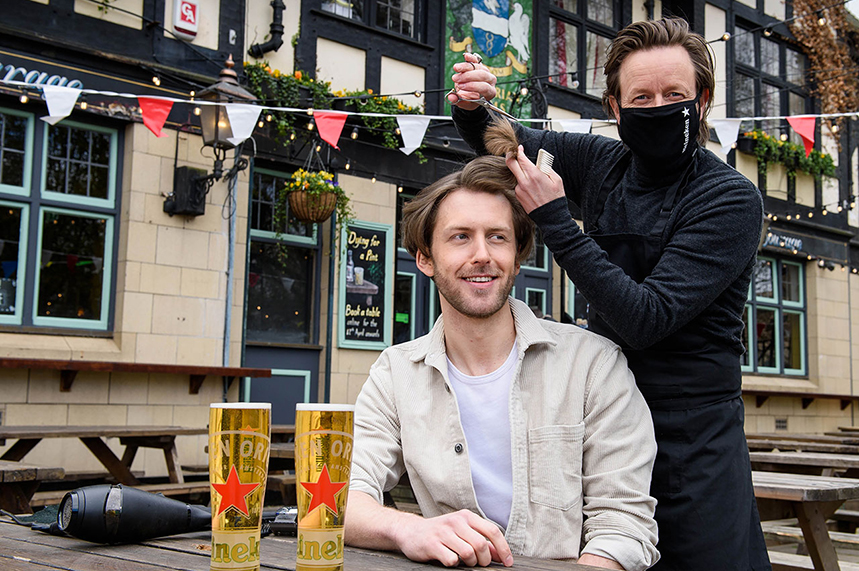 This week there were two names on everybody’s lips: Colin and Cuthbert. Not since Wagatha Christie has the nation followed developments of a public spat so closely. I am, of course, talking about M&S’ legal claim against Aldi over its Colin the Caterpillar trademark. Taking the battle all the way up to the High Court, M&S claims its rival's Cuthbert the Caterpillar "ride[s] on the coat-tails" of Colin’s reputation.

My legal team have advised me to not to align myself to either party while the high-profile case continues, but this is a wonderful bit of comms from M&S, whose social team is having a field day. I am living for the silliness of it all.

This is not just any court case, this is... #FreeCuthbert

Tesco, 'Pop To Your Local'

I hesitate to put this in the ‘Miss’ section but hear me out. Timed with the first day of reopening for pubs, Tesco dedicated a sizeable media buy across print, social and OOH to remind its shoppers to support their local.

‘Pop to your local if you can’ it read…’Pubs have had it tough this year. That’s why, for once, instead of telling you about our fantastic deals, we’re using this space to ask you to support them instead (as long as you feel safe to do so). Because right now, every little helps.’

It's a very classy move from the brand and I love the sentiment, but I can’t help feeling there was a missed opportunity to take this even further with earned comms. Tesco has a footprint in almost every high street in the country giving them ample opportunity to collaborate with local publicans to extend the goodwill even further. Because you said it yourself, Tesco: right now, every little helps. 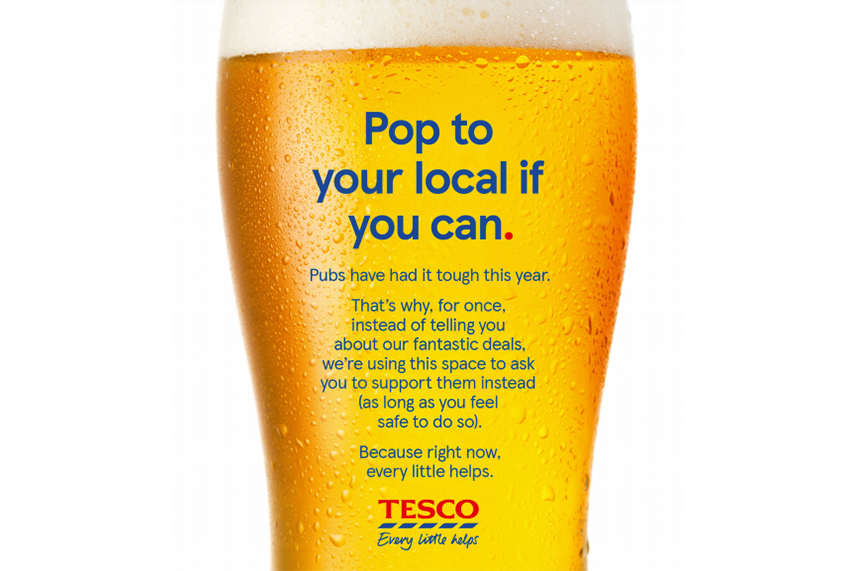 Along with the pubs, we must give an honourable mention to gyms, which were also allowed to reopen this week. London fitness chain, Gymbox, weighed in with a new positioning to relaunch itself as ‘an antidote to boring gyms’.

One of the creatives reads: ‘‘Thanks Joe Wicks but we’re back and we’ll take it from here." 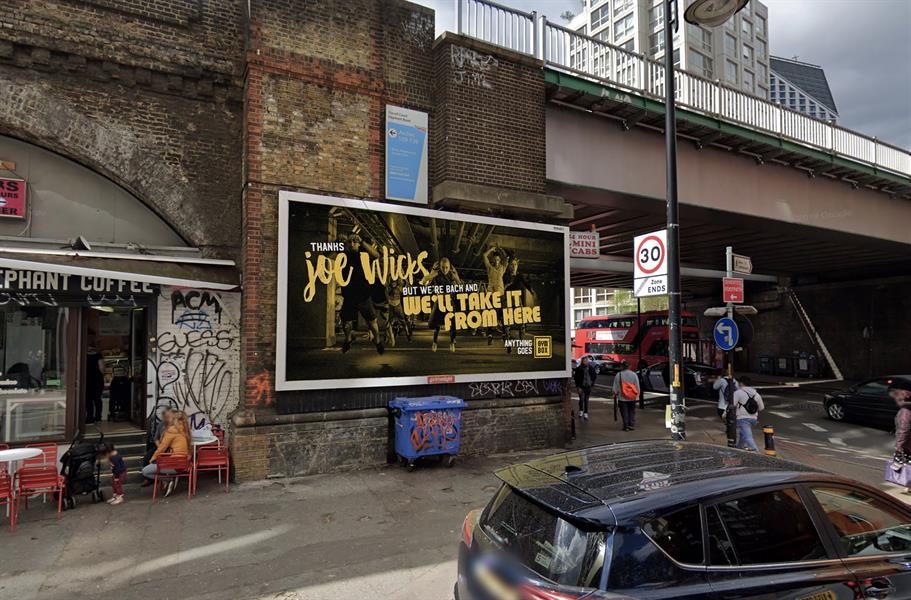 I can’t help feeling this was a bit of a misread of the room. Whilst very on-brand for Gymbox, we can’t ignore the fact that most people have been out of the fitness loop for the best part of a year and will be feeling demotivated and self-conscious. This could have a been a nice op for Gymbox to meet people where they are now and coax out their confidence, but instead, it’s just a bit intimidating for the average gymgoer.