The driving consensus at our recent gathering of comms industry leaders? The omnipresent threat of disinformation – and the unique challenges in combatting it – necessitate adjustments in how comms pros manage crises.

“This is a massive issue socially, societally, but especially for people who deal in truth, what we perceive to be the truth, or trying to get to the truth,” says moderator Steve Barrett, PRWeek’s VP and editorial director.

Edelman’s global corporate chair Jim O’Leary shared data to back up the point, much of it from Edelman’s 2021 Trust Barometer:

-A majority of people don't trust the media. A key reason: The phrase “fake news” has increased almost 400% in its usage over the past several years.

-Seven out of 10 Americans have reported seeing a conspiracy theory online during COVID-19.

-More than two out of three executives at Fortune 500 companies worry about being the victims of weaponized false information.

Then there are the unique “What-Ifs” in this area.

“It’s very interesting to think about what happens next in this space,” says O’Leary. “What happens when the same disinformation tactics used today by controversial groups and some foreign governments start to get used by activist investors, disgruntled employees, or maybe even competitors?”

Keeping a 24-7-365 eye on these potential dangers, as well as helping develop solutions to deal with disinformation, is a part of why Edelman introduced its CommsTech Solutions offering last fall. It’s also a key reason industry leaders convened for this conversation.

From tactical counsel to spotlighting the many ways this specific type of crisis intimately touches communicators, our roundtable offered perspective on how easy it is to get caught up in disinformation-fueled crises – and the consequences that have come with them. 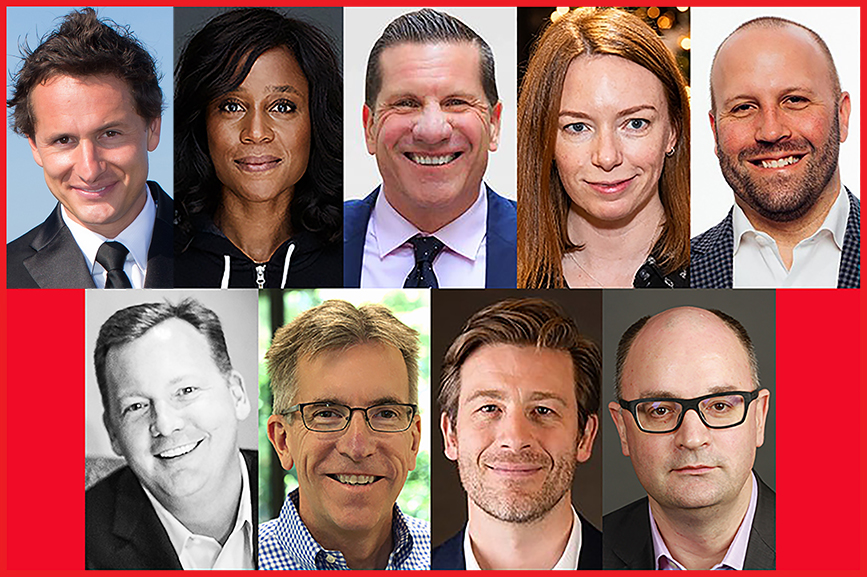 •THE PROACTIVE APPROACH
Ilana Finley, Converse: There’s so much opinion masquerading as fact now. As a brand covered by the media, one of the things we are increasingly doing is driving more of our own news. We have the platforms to do so. It’s critical for us to have all of the fact-based information there about what we're doing as a company.

What has also been really eye-opening for me is to see how much more demanding and vocal our employee base is when they come across an issue or story. And you know they are also receivers of disinformation. We spend more time than ever managing issues internally. Communicating to employees about what's happening and helping them understand is not just a part of our playbook now. It’s one of the very first things we do.

•UNDERSCORING WHAT COMMS BRINGS TO THE COMPANY
Matt Hutchison, Forbes: One of the most disruptive ways disinformation manifests itself is that it leads to bullying of reporters online, especially reporters who are women or who identify with an underrepresented group. That is a big issue for Forbes and my team. We spend a fair amount of time counseling and working with some of our reporters to help them navigate such situations, including those that may occur online.

Disinformation also highlights how comms has become the consciousness of the organization. We’re the ones guiding executives on how to approach these situations. More and more, we cannot be afraid to speak up and call for systemic changes – to the CEO, business unit leaders, HR, legal and others. We’re the first responders, but more than that. We must be able to spot what we can do better as an organization. That is a role that we uniquely play ­– one that didn't exist five years ago.

•JUST HOW EASY IT IS TO GET CAUGHT UP IN A CRISIS
Sarah Meron, IBM: The scenarios where we struggle, where I suspect many large corporations struggle, are those edge-case gray areas.

Sometimes all it takes to get caught up in a fiasco is having a relatively common name. Anyone at an organization can get sucked into a disinformation episode generated in an entirely different part of the world. And when a senior leader finds themselves in this situation, the brand gets pulled into it. In truth, there is no playbook or crisis plan for this. Technology, though, does enable you to become aware of such situations more quickly than ever. 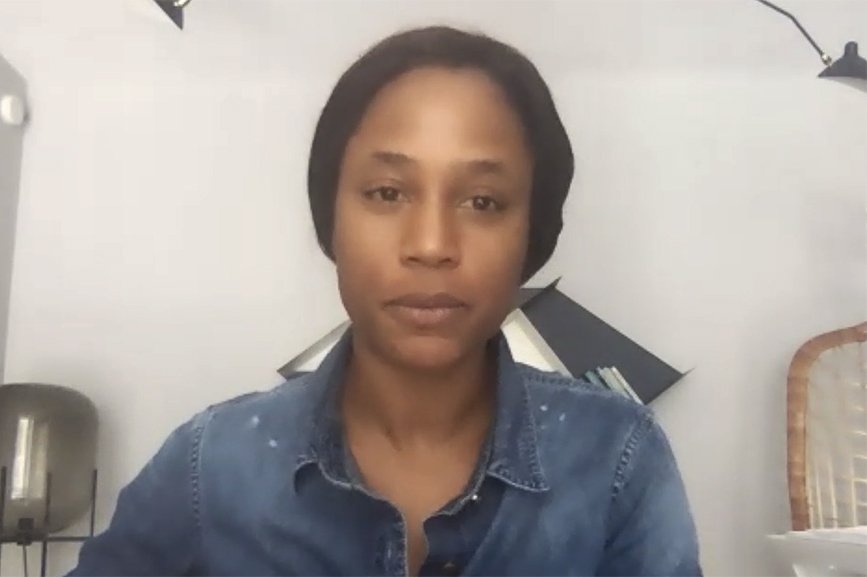 The importance of driving your own news on your own platforms has only increased due to the threat disinformation poses to brands, says Finley.

•THOSE CRUCIAL FIRST STEPS
Jeff Olson, Rite Aid: No brand is safe or immune from this situation. For Rite Aid, it’s so easy for disinformation or misinformation to crop up about crucial COVID vaccine-related matters such as scheduling, appointments and supply. All it takes is one pharmacist not having the exact right answer at a particular moment. Next thing you know, it’s all over social media and we’re getting endless calls.

But when a disinformation situation is upon us, the first thing I try to do is look at where the data is. What is analytics saying? Are certain conversations elevating in social? How fast is this moving? Is it sticking to a geography? Is it something we can address through a third-party partner? Or is it something we can manage with customer care? All questions you must ask – and answer – immediately.

•NOTHING BEATS A STRONG ADVOCATE
Michael Schneider, Genpact: Jim mentioned activist investors earlier – and it is clear disinformation is a key factor to consider. Increasingly, false or counter narratives are being asserted by activist investors, especially when they are looking to either get board seats, change leadership, or question overall corporate strategy.

In situations such as this or, truly, any disinformation, never underestimate the value of advocates and allies. People with a high degree of credibility who can speak out on your behalf, whether it's about your overall business strategy or your commitment in areas people care about. I always think about if the brand were to be challenged, if the company were to come under attack, rightly or wrongly, who would speak out on the company's behalf?

•EVEN YOUR REPUTATION MIGHT NOT SPARE YOU
Mike Soltys, ESPN: Communicators clearly appreciate not only the importance of a brand’s reputation, but how that reputation can help combat so many potential problems. However, disinformation ups the potential stakes of reputation issues.

This brings to mind how ESPN has experienced, for the past five or six years, quite a few of ups and downs around the general accusation of liberal bias. As a company, we've sided with inclusion – and so often that gets perceived as liberal bias no matter what we do. Interestingly, in the not-so-distant past, we were usually labeled as conservative because we show national anthems and do veterans’ celebrations and the like. 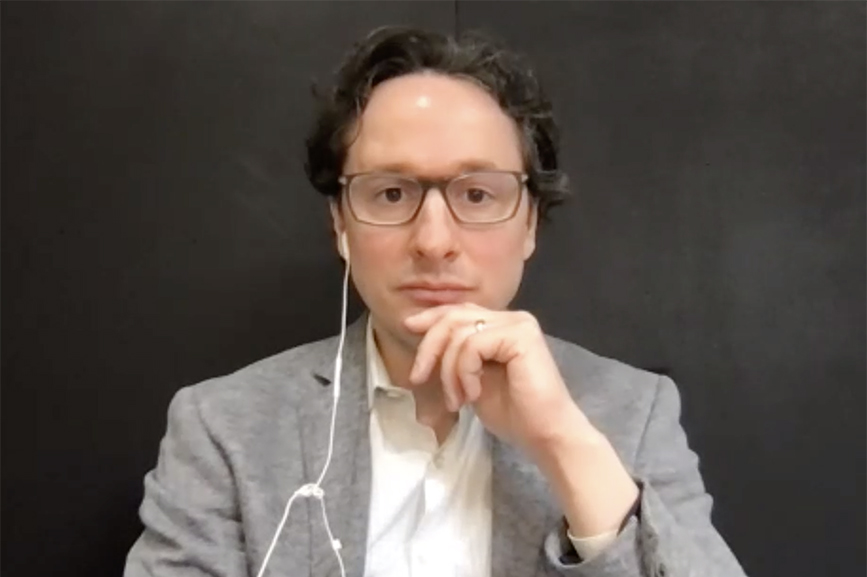 O'Leary shared a lot of telling data during the roundtable, including how more than 67% of Fortune 500 executives worry about being the victims of weaponized false information.

•TIME FOR A NEW PLAYBOOK
Alex Thompson, Thomson Reuters: We've been taught for such a long time in our careers to not really worry about something too much before mainstream media picks the phone up. That’s a fallacy to think that something cannot be damaging if it's not existing in mainstream media.

The bottom line is this: We may have tens of millions of people being exposed to damaging information through channels that we're not used to dealing with. Yet too many communicators are still telling our executives, “Don't worry. The New York Times hasn't called us yet.” That has to end.

Another classic move out of the playbook is to starve these types of narratives of oxygen. To not engage because the belief is that the more you engage them, the more credibility you give them and the more they will be able to play that out in other forums. Of course, the reality today is that if that narrative goes unchecked for long enough, the network of people who want to point back to that original lie increases massively.

For recaps of the first two roundtables in this series, we welcome you to click here and here.