Tourism New Zealand is encouraging tourists to ditch the “social influence” and take original snaps when visiting the beautiful country. The mockumentary style campaign, fronted by comedian Tom Sainsbury, makes fun of clichéd stylised tourist shots, such as summit spread eagle on top of a mountain, lavender fedora and the dreaded hotdog legs.

In doing so, the spot promotes some of the beautiful landscapes and calls on travellers to share their new experiences for the chance to win prizes.

UK Government – Look Into My Eyes

Of the many Government campaigns around the coronavirus, this is among the most impactful, in PRWeek's view.

A film created by Freuds features close-up views of hospital staff and sick patients staring into the camera and pleading for people to follow the Government’s guidance. It reveals the emotional and physical toll that COVID-19 is taking on medical teams and the people they care for, in an attempt to stress the importance of staying at home to help stop the spread of the virus.

The 'look into my eyes' slogan is especially effective in portraying the human cost of disobeying the rules.

Artist Reuben Dangoor partnered Lloyd’s Register to shine a light on the need for a zero-carbon shipping industry in a campaign by The Romans. The Future Seascapes campaign sees the artist reimagine famous oil paintings from JMW Turner, Vincent Van Gogh and Claude Monet to depict the carbon-neutral vessels of the future. 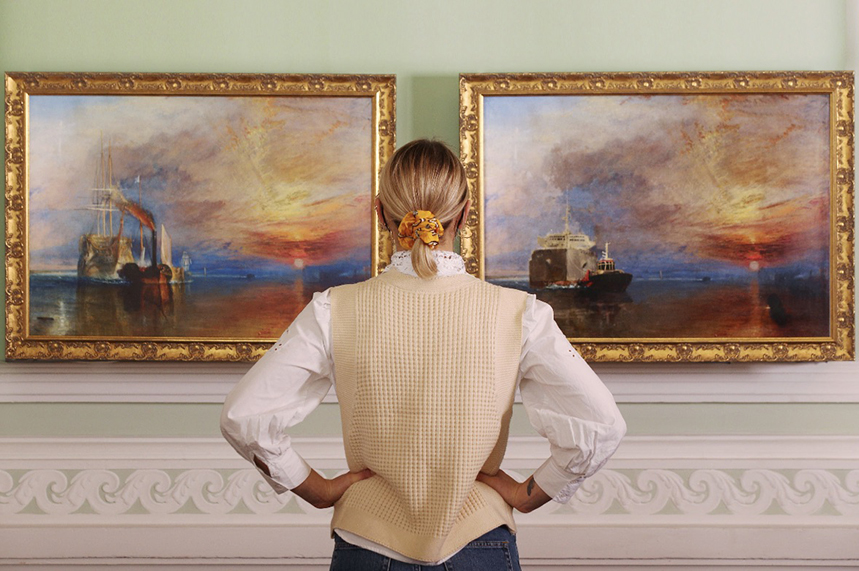 The pieces are being showcased as part of a 360-degree virtual gallery tour, hosted at Carlton House Terrace and available for public view on the Lloyd’s Register website.

Some escapism next, with this fun social media campaign for McDonald's, which makes good use of the men behind the popular 'four lads in jeans' meme.

Kevin Rooney (lad on the far left, wearing socks) offers a tutorial on how to use the fast food giant's mobile Click & Serve ordering app. Rooney takes orders from his skinny-jeaned friends.

Guess who? It’s only Rooney from The Four Lads in Jeans giving us a Click & Serve tutorial. Got to love these lads. Enjoy!

The likeable Rooney's delivery is decent, and news that the men had signed a deal with McDonald's also generated news. The campaign from PR agency Ready10 is good, clean fun, and an effective way to tap into the zeitgeist to publicise the company's COVID-era service.

Ethnic Minorities Vaccination Campaign – If You Could Save a Life

We all have to do something to help one another during these difficult times. Here's a message we have recorded for members of our Ethnic Minority communities. Please share and retweet. #covid19 #vaccine pic.twitter.com/16YUvgxxse

It centres on a video co-ordinated by Citizen Khan creator Adil Ray, whose aim is to dispel vaccination myths for people from ethnic minority communities. They have been hit hard by the pandemic: not only suffering a disproportionate number of cases and deaths, but also showing more reluctance to receive the vaccine.

The campaign has been picked up across the mainstream media and it has the feel of something necessary, in response to a real and urgent need – on this occasion, celebrity action as a force for good.

In case you missed it: Five Campaigns We Liked in December: your winner revealed