A hybrid sports and entertainment marketing agency, The Space Between provides a full range of communications and marketing services with a core team and ‘collective’ of “hand-picked collaborators”.

It has been launched to provide “greater agility” and “what clients want rather than what we have”.

The agency launches with a core team of eight staff, more than 50 consultants and a roster of six clients, including Vitality, Mitsubishi Motors and Principality Building Society.

Co-founders Lisa Parfitt and Tom Gladstone were recently at the helm of Engine Sport (the renamed Synergy) before leaving last September, while Adam Raincock is the former managing partner of Pitch Marketing Group.

PRWeek understands The Space Between has been operating since September, but officially launches today.

The launch comes at a time when domestic sports are being played behind closed doors and there are doubts that major international events, including last year's delayed UEFA European Championship and Tokyo Olympic Games, will go ahead this summer.

Despite these challenges, former Pitch Marketing Group managing partner and Synergy sponsorships lead Raincock told PRWeek there is still plenty of activity in sports marketing, including sponsorship deals and activations, such as Vitality’s recent record-breaking sponsorship of hockey.

And although this year’s global sports calendar is uncertain due to the pandemic, there is a “bombardment of huge sports events through to 2024”.

‘What you need, not what we’ve got’

The Space Between co-founders believe now is a good time to enter the market with a new venture because there is a gap for a more flexible agency business model.

“Suddenly you might need to shrink your business in line with the business that's coming in – and the briefs and opportunities – which definitely happened with sports agencies (when the pandemic arrived in the UK). We wanted to find a more agile, flexible way of working that is a better way of working and will produce better work.”

The Space Between's model comprises a core team of full-time employees who draw upon a large network of specialist consultants who are brought in on projects as needed.

“Clients want great work done really quickly and with the right people working on their business. The problem with how agencies traditionally operate is that you are constantly trying to battle with filling people's time. When new or additional projects come in, you can't allocate the right people to do the right work in the shortest time possible. So the work gets kind of gummed up in the system,” said Raincock, who admits the trio have been part of the problem by leading these structures in the past.

“This gave us the opportunity to strip that back and become really client-focused, not agency-focused.”

Parfitt said the approach of “selling people based on their time availability, rather than what the client needs” was a broader problem across the marcomms agency sector, and the mantra of The Space Between would be: “You get what you need, not what we've got.”

In terms of retainer work, the founders said these relationships would be managed by a client-centric team of full-time employees.

“We will be very present in client business and on those longstanding clients with retainer models, we will provide that continuity. But we've got that broader client-centric team beyond the three of us to manage this before we start going out for consultants externally,” Gladstone said.

Raincock added that the agency is talking to more clients about a fee structure based on outputs rather than time, explaining: “So here are the things that we will do for you, and it's then up to us who we bring in to do that.” 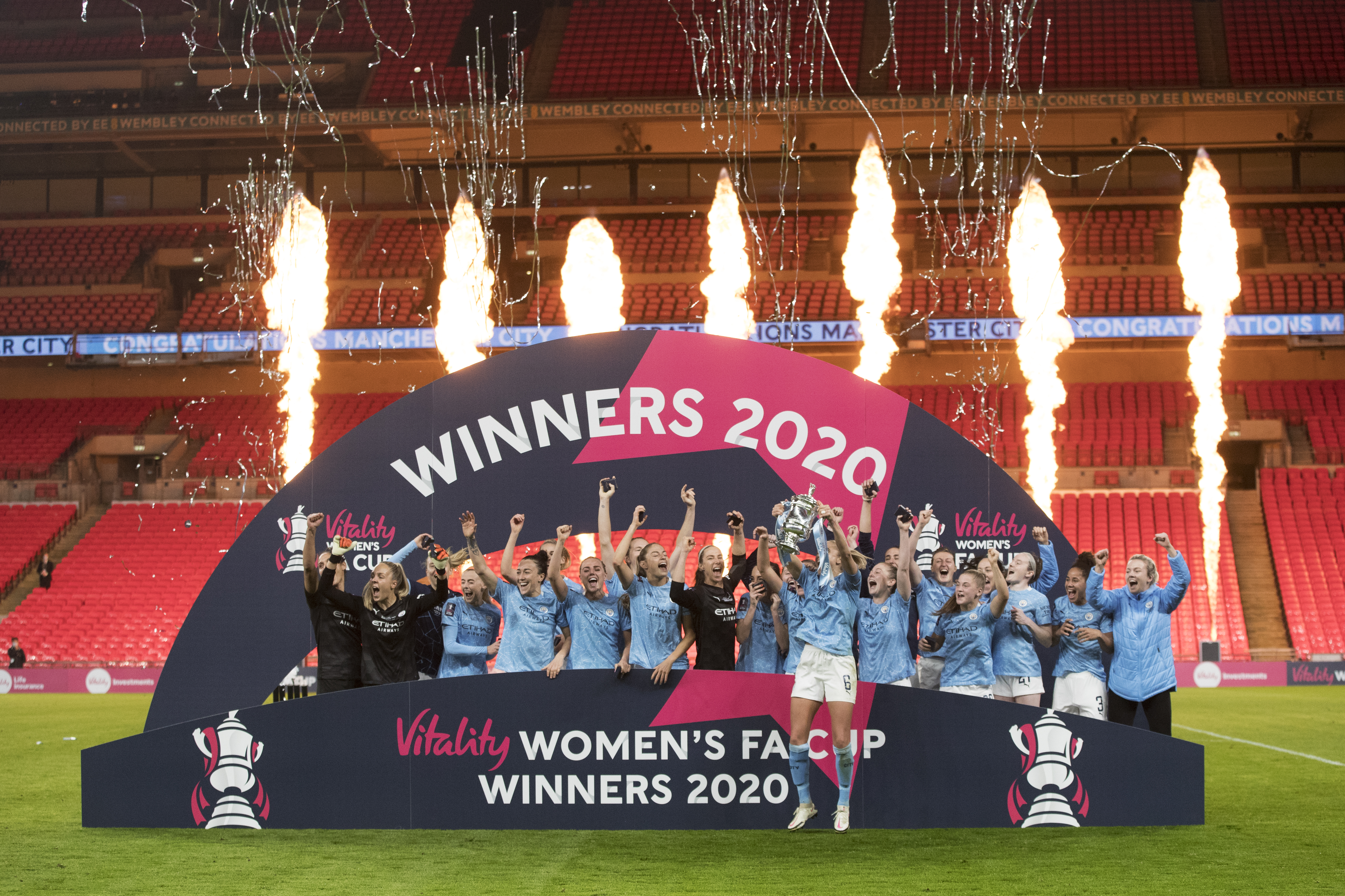 Active in sport: In 2020, Vitality invested in the Women’s FA Cup, six new women’s football clubs, This Mum Runs and Women in Sport, and the England & GB Hockey.

Another motivation for setting up a new sports marketing shop is to shake up the way brands interact with sports properties and audiences.

Raincock said the industry is dominated by “commercial people, deals getting done and the value of it”, but there is an opportunity to improve the way it is marketed.

“Certainly when you hear people discussing sport, it's all about the value of sponsorship and broadcast deals. What we want to talk about is better marketing in sponsorship and partnerships, because we think it's an industry that should be dominated by marketing rather than commercial,” he explained.

Sports sponsorship has traditionally been powerful at changing brand awareness and perception, but Raincock believes it has been “pretty poor when you ask it to demonstrate how it helps to sell more products and services”.

He added: “That's an industry challenge; we know it's a brilliant brand vehicle, but it's also got to deliver to the bottom line”.

Another area The Space Between believes can be improved is how brands can better use the vast audiences that live sport and entertainment delivers.

“A lot of people don't know how to reach [and] properly engage with those massive audiences,” Raincock said.

Gladstone believes the sponsorship and partnership model needs “refreshing” because the value exchange is often not geared toward what brands really want.

“They're getting a commoditised package of rights and a servicing team who will help implement. What they're not getting at the moment is a partner and marketing expertise from within the rights-holder side,” he said. “What brands are coming to the table expecting from a rights-holder, in terms of capability, as well as the rights package, is a big area of disruption.”

Another area of opportunity is the rise of “hyperlocal marketing” and brands engaging with local sports communities.

“Community and grassroots will move away from being the kind of add-on to the big, glossy Premier League-type sponsorship to being the core of what the partnership will be about,” Parfitt said.

“Brands who align with these partnerships will be able to make a difference in the communities they serve. We've certainly seen that in the work that we've been doing on projects, but also with likes of Vitality's women's hockey partnership deal that's just been done during lockdown.”

The agency’s name was inspired by Austrian neurologist, psychologist and Holocaust survivor Viktor Frankl, who said that "between stimulus and response there is a space… to choose our response".

With the promise of a “leaner and more agile” agency model, ideas about how to evolve sports marketing, and three industry veterans at the helm, The Space Between says it is bringing a fresh philosophy to not only challenge the agency model, but also evolve the role marketing can play in sport – a bold statement of intent at a challenging time for the sports industry.

The founders are confident they have the ingredients for success, or as Raincock puts it: “We have the right people, in the right place and at the right time… it feels like the stars have aligned.”