The paradigm shift began on May 25, when police officers murdered George Floyd on a Minneapolis street in broad daylight. Since that day, there’s been a dramatic rise in the number of voices engaging with the Black Lives Matter (BLM) movement. This has been extremely evident on social media, in particular via the #BlackLivesMatter hashtag.

At Kivvit, we’re committed to creating change and improving the communities where we live and work. With this in mind, we used our award-winning data expertise to produce a groundbreaking report exploring the rise of social media engagement with Black Lives Matter following George Floyd’s murder to understand how the movement has grown and the digital drivers behind it.

Our research also assessed Black Lives Matter content on Facebook from over 1,100 brands and institutions to develop a playbook for communicating about social and racial justice. 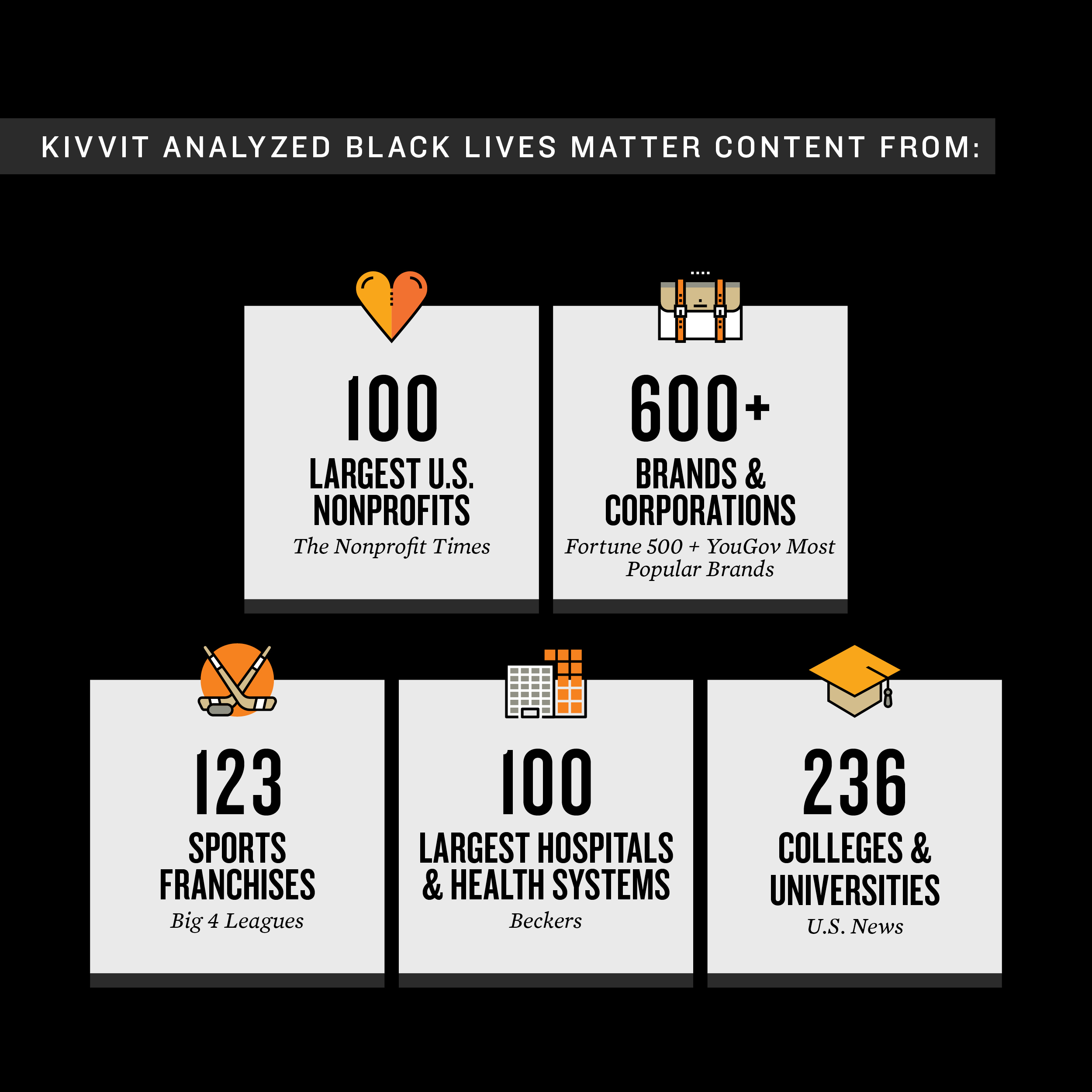 When looking at the bigger picture: Given the data we found, as well as the rifts and inequities the Black Lives Matter movement has exposed, and the continued violence against Black Americans, we believe involvement in social issues goes beyond boosting social followings. In a society where a large segment of the population has been systemically shut off from access to so much, there’s a moral imperative to do the right thing and speak out.

The overwhelming insight from our data indicates the Black Lives Matter movement now has the diverse support to continue shaping our society for years to come. However, continued activism — from the top-down and the bottom-up — remains critical to creating lasting change.

KEY INSIGHTS IN THE REPORT

Kivvit evaluated Facebook pages from a diverse array of leading brands, corporations, nonprofits, colleges and universities, sports teams, and healthcare institutions to understand how the Black Lives Matter coalition has expanded since May 25. Of the more than 1,100 entities analyzed, 24% posted expressly about Black Lives Matter in recent months — a nearly threefold increase compared to the first six years of the movement.

Major league sports teams saw the most dramatic increase in engagement with Black Lives Matter content between May 25 and August 31, and they were the most likely of all categories analyzed to engage. 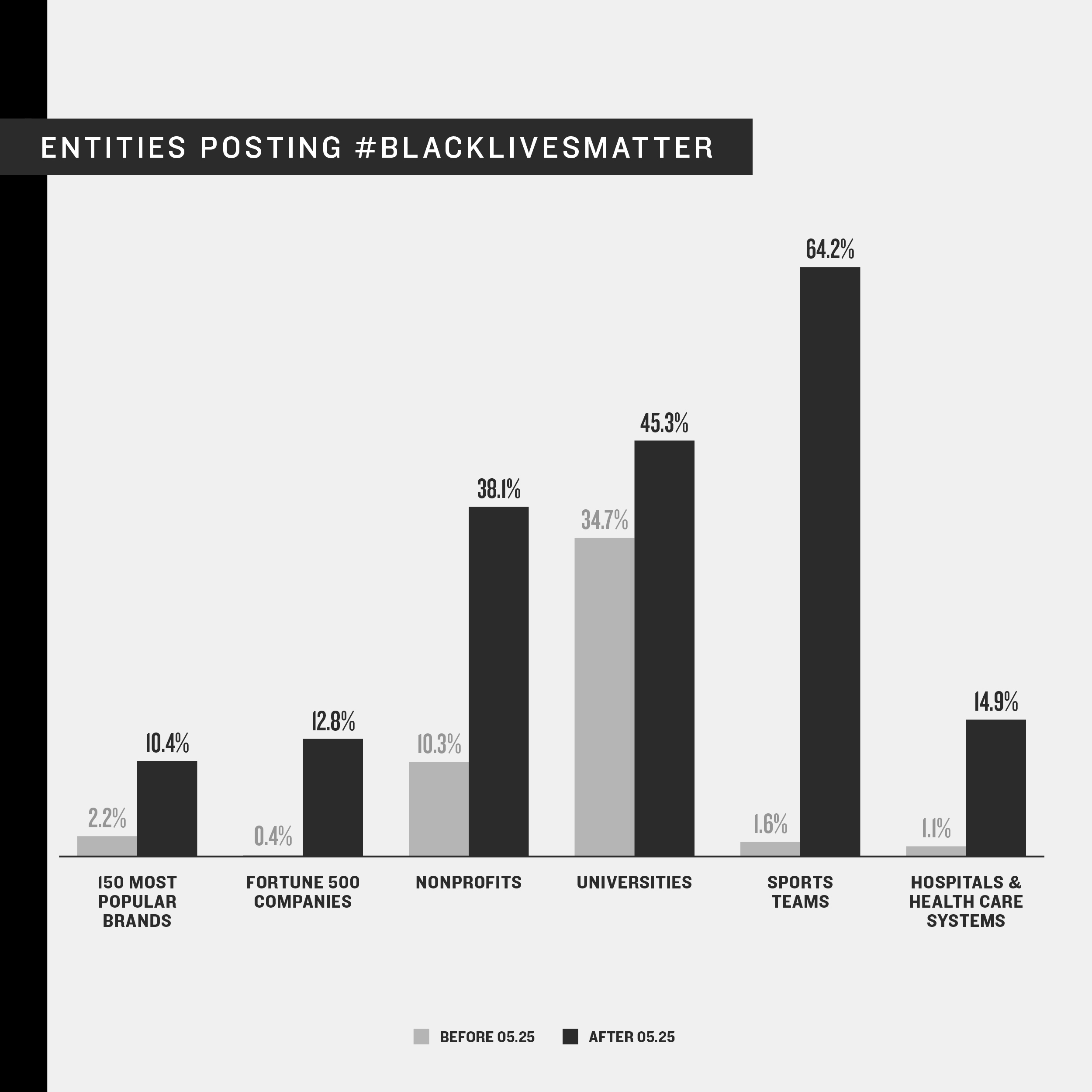 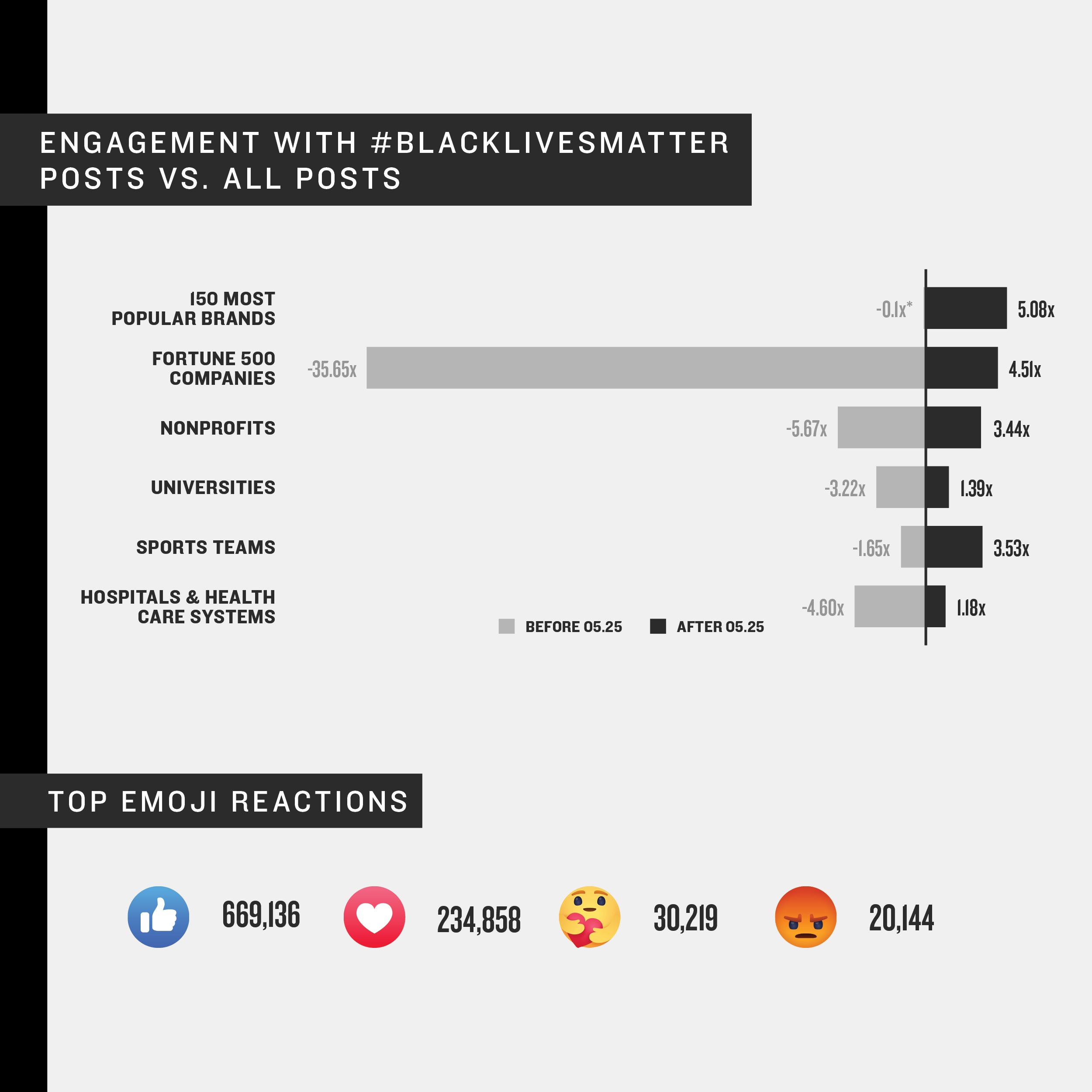 A DATA-DRIVEN PLAYBOOK FOR LEADERS AND ORGANIZATIONS

There is an imperative for more leaders and organizations to engage in social movements like Black Lives Matter and to speak out against all acts of racial injustice — not just when it’s trending, but as an ongoing part of their brand. In a society where a large segment of the population has been systemically shut off from access to so much, there’s a moral imperative to do the right thing and speak out. The findings in our report are intended to be a data-driven playbook that help leaders at organizations of all kinds and sizes communicate about these important issues. Based on the data, these are a series of directives to consider: