Danish journalist Henrik Moltke tweeted two days ago that he raised the issue with Huawei’s vice president of communications for Denmark, Tommy Zwicky. Moltke indicated that Zwicky told him he was unable to explain it, and had resigned, although Zwicky's post was later deleted:

I politely asked Huawei’s Vice President of Communications how he’d explain the reports on Huawei developing facial recognition that would trigger ‘Uighur alarms’ in Xinjiang. “I can’t, which I why I have resigned” he just responded. https://t.co/ZzEwHGKtjH

Zwicky confirmed his resignation in a tweet on Tuesday (15 December): 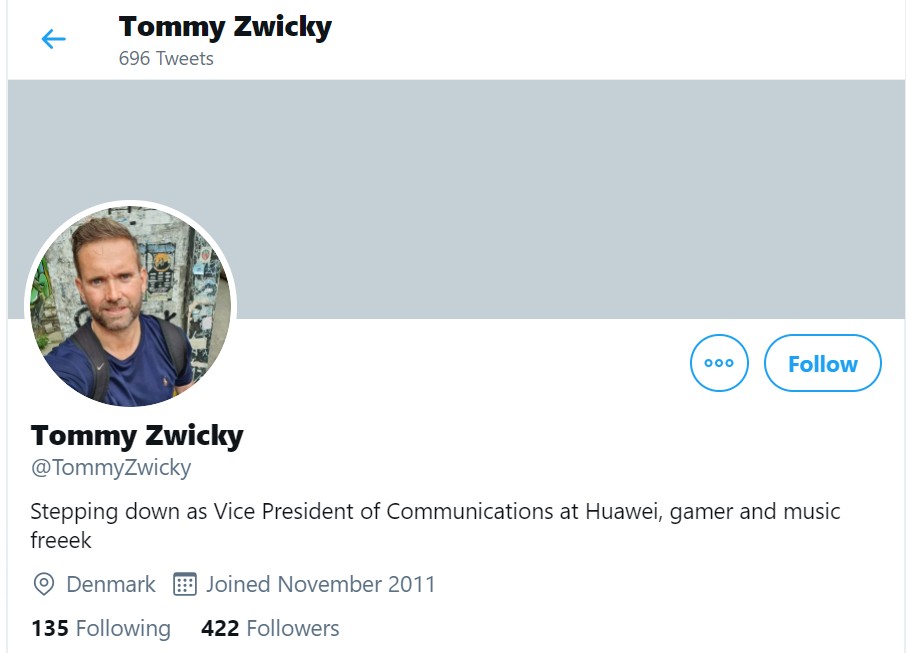 Earlier this month, a number of media outlets reported that Huawei is testing facial-recognition technology that could set off what has been described as an "Uighur alarm" to the Chinese government when it recognises someone from the minority group.

There have been widespread reports over several years that the Uighur community has been subject to persecution in China, including being placed in large-scale internment camps. This month allegations emerged that China is forcing hundreds of thousands of Uighurs and other minorities into labour for cotton production.

In July, the UK government said all Huawei equipment must be removed from 5G networks by end of 2027, and buying such equipment will be banned from the end of 2020. The move was in response to sanctions imposed by the US over what it claims are security concerns. Some industry commentators suggest the move is political as tensions have escalated during the US-China trade war.

Announcing his departure and relocation to New Zealand on Linkedin, Brewster said his "one regret" at Huawei "is the outcome for the company in the UK".

"I believe the UK should always choose the best technology, but too often we’ve heard an overly simplistic assessment of Huawei and have failed to appreciate that private enterprise from China can also be ‘world-leading’," he said.

"The technologies and issues are complex and that simplistic analysis does all of us a disservice. The UK Government has made a mistake and its decision will have negative implications for the economy, consumers and telco networks for years to come."

Huawei has stressed that it is not controlled by the Chinese government and is an employee-owned private company. That message was the focus of a press campaign in June.

Brewster's imminent departure follows that of Rosie Bannister, formerly Western Europe director of communications, who joined AxiCom in September as MD of its UK operations. The company strengthened its UK corporate press office this summer with the appointment of Katy Ringsdore as head of media relations.

Brewster joined Huawei in 2011 from Prudential, where he was group head of media relations. He was previously head of corporate comms at Three and an account director at Brunswick.

An earlier version of this article suggested that Zwicky was the global vice president of communications at Huawei, based on the job title stated on his Twitter profile. It has since been pointed out that his remit covers Denmark.

From the editor-in-chief: ‘The China question’ is starting to have a big impact on PR pros, in both the UK and US