Today, we reveal entry number five. The remainder will be published in the days ahead, so stay tuned… 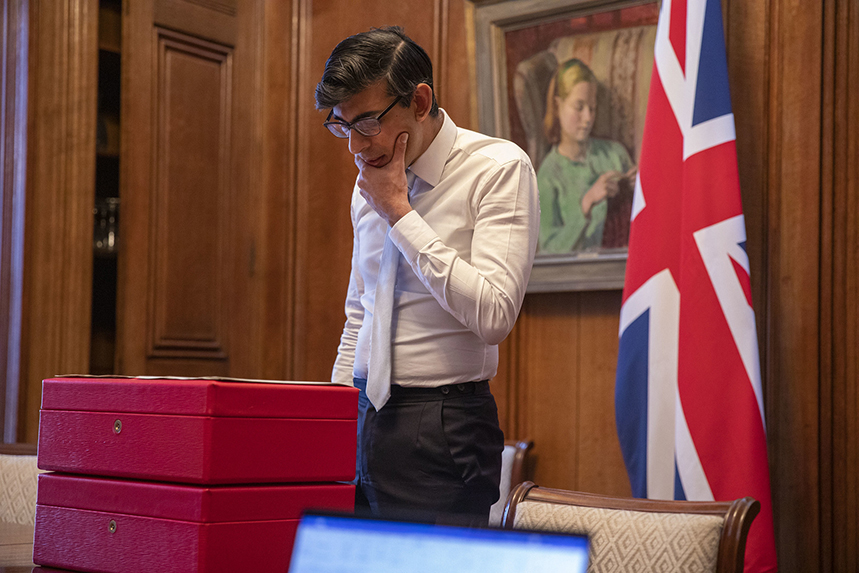 Cometh the hour, cometh the man? Rishi Sunak became Chancellor of the Exchequer in February 2020. When he was thrust into the role, the former Goldman Sachs investment analyst presumably realised Brexit would be tough to negotiate, but little did he know that a global crisis, with the potential to be economically catastrophic, was about to hit home.

Nonetheless, Sunak’s response as the crisis developed in March and April felt composed and sure-footed. His first Budget was bombastic and temporarily lifted the spirits of the Conservatives. This was in stark contrast to his boss Boris Johnson’s bumbling and constant U-turns in policy. Sunak, still only 40, will be remembered for his slick appearance and cool demeanour in those early days.

From a comms point of view, much credit goes to his director of strategic comms Allegra Stratton, who he brought in to the Treasury in April – so much so that in October, Johnson poached the former Newsnight political editor to be Downing Street press secretary.

With furlough continuing until the end of March 2021, here's 10 things you might not know about the Coronavirus Job Retention Scheme.https://t.co/bGxO7noEdo pic.twitter.com/8z09EvJ5hG

Sunak’s Coronavirus Jobs Retention Scheme – known as the furlough scheme – launched in April and has generally been considered a success in saving, in the short-term at least, millions of jobs. However, not all his economic initiatives, and the comms around them, have been universally praised.

In terms of public communications, Sunak is carrying the whole government. He can't fix the comms problem, but he doesn't routinely make it worse like oleaginous Gove and blustering Johnson.

The Eat Out to Help Out scheme Sunak launched with major photocalls in the summer to boost the hospitality sector was lauded at the time, but may well have had the unintended effect of driving a surge in infections.

Either way, at the time of writing Sunak is the bookmakers’ clear favourite to be the next UK prime minister at odds of 5/2, ahead of both Keir Starmer and Michael Gove.