Members of Thomas Cook’s senior communications team have all been employed across a range of industry sectors, less than a year after the travel and hospitality group collapsed following a major corporate crisis.

After enduring one of the most harrowing corporate comms challenges of recent times, the team has found senior roles in sectors ranging from leisure, travel and media to tobacco and banking.

One senior executive – David Child, the former group head of marketing and communications for Thomas Cook Hotels and Resorts – has rejoined the new incarnation of Thomas Cook as its head of brand and PR.

In recent months, she has been working as a senior adviser to Elisabeth Murdoch and her various interests.

Macandrew helped PRWeek piece together the whereabouts of her former teammates and said she was “extremely proud” of her former colleagues and “the team spirit that they maintain, even today”.

“Perhaps the clearest endorsement of the strength of that team – their experience and their skills – is the range of big brands and senior roles that they have gone on to fill since they lost their jobs,” Macandrew said.

“A sweep of senior communications roles across multiple businesses in leisure, travel, media, tobacco and banking... every single one of them has gone on to do something really strong.”

Macandrew said the success of her colleagues in finding new work demonstrated the importance of corporate affairs during a crisis, and that even though the group eventually collapsed, her team’s efforts have been widely recognised across various sectors.

“If you look behind the headlines, it demonstrates the contribution that corporate affairs can make notwithstanding a business failure,” she said.

“There is a really good lesson here. If it had been really poorly handled and we'd misled or lied, or not been transparent at every stage, they would not be in the jobs that they're now in. Clearly behind every corporate failure there is not a corporate affairs success, but one does not necessarily mean the other... and that’s a real positive.” 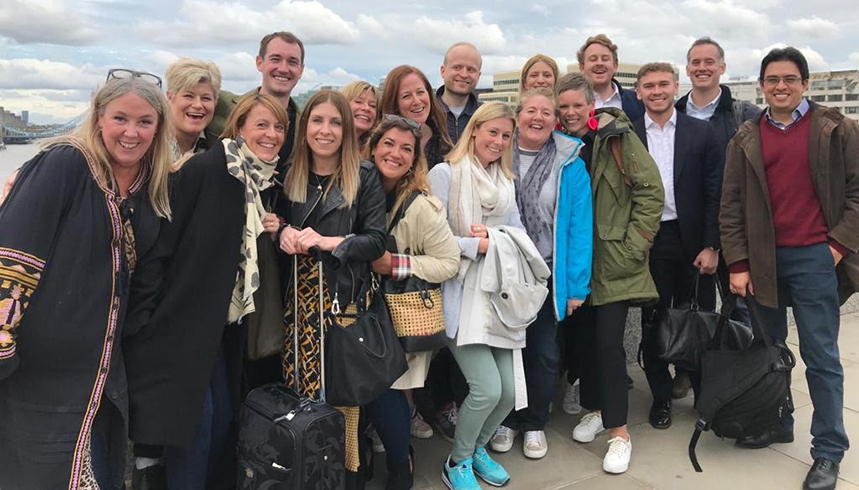 Where they are now

David Child, group head of marketing and communications at Thomas Cook Hotels and Resorts, is head of brand and PR at the newly relaunched Thomas Cook.

Lorna O’Neill, head of communications for Thomas Cook’s UK airline, is founder of independent consultancy Surge Communications, working with brands including Marriott, On the Beach and Buzz Bingo.

Read next: 'It was horrific' - Alice Macandrew opens up about Thomas Cook's collapse