A closely contested Five Campaigns We Liked in September poll was eventually won – with nearly half the votes – by Hope&Glory's bare-faced stunt for SKY Arts' launch as a free-to-air channel across Freeview.

In second place was a campaign by WPP creative agency David – with PR support from Frank in the UK – for Burger King, which was part of its sponsorship of struggling League Two football club Stevenage FC – leveraging the popularity of EA Sports game FIFA and earning worldwide media coverage. 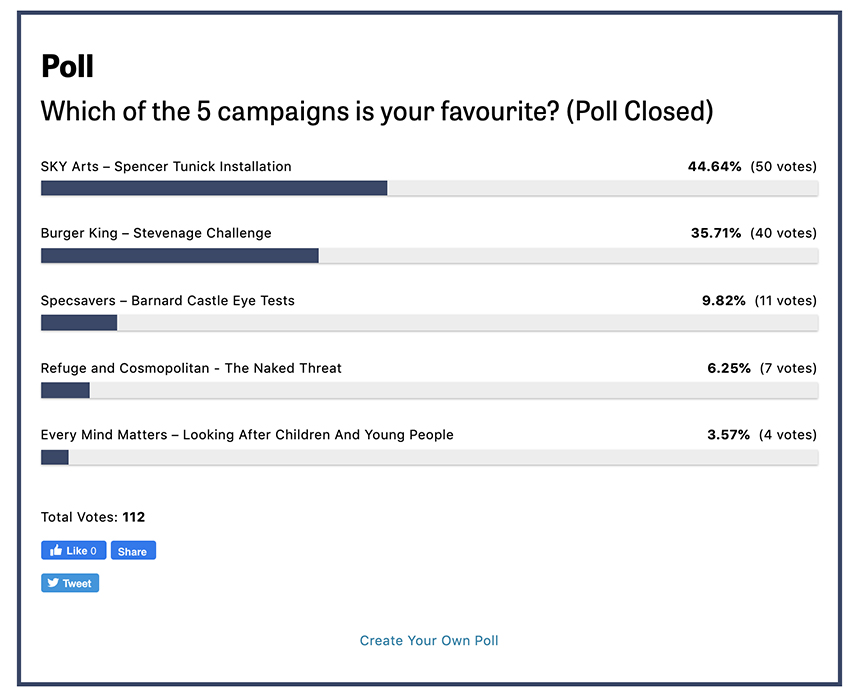 SKY Arts wanted an attention-grabbing bit of PR to help announce its launch as a free-to-air channel across Freeview, and agency Hope&Glory delivered the goods with a challenging stunt that generated widespread media coverage.

The idea involved a Spencer Tunick art installation, featuring 220 volunteers who posed naked bar a face mask – a mass-participation event that was particularly timely in raising the profile of the arts when the sector needed it most.