The gala is open to friends, family and colleagues of the honorees as well as any PR pro or interested party who wants to celebrate and benefit from the experience of some of the top PR professionals in the industry.

It will be a celebration of best practice in PR as we honor the 2020 Hall of Fame. 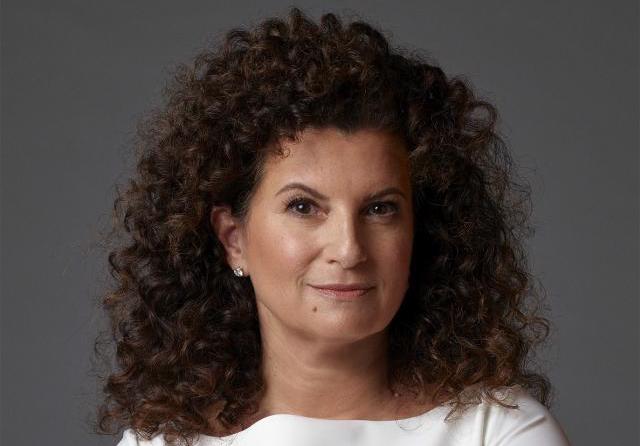 Cindi Berger has been a driving force within the PR and communications industry for nearly three decades. As chairman, Berger oversees management of the firm’s client roster and is responsible for the vision and growth strategy of R&CPMK’s global network of agencies.

Led by Berger, R&CPMK’s clients include more than 500 of the most prominent and influential actors, musicians, producers, directors, content creators and athletes in the world, as well as over 30 Fortune 500 brands.

A storytelling visionary and communications expert, Berger has influenced some of the most groundbreaking campaigns in the industry and helped launch and manage the careers of many of the biggest names in entertainment, sports and media.

Berger is a recipient of the New York Women in Communications Matrix Award, New York Women in Film & Television Muse Award and is the first publicist to be included in Variety’s prestigious Women’s Impact List. She has also been recognized as one of New York’s 50 Most Powerful Women by the New York Post, one of the Top 50 Women Who Run New York by Gotham magazine and one of the Top 20 Most Powerful Publicists in Hollywood by Business Insider.

After graduating from Ithaca College, Berger began her career in entertainment as the receptionist at PMK. She ascended through the ranks to become an assistant, account executive, VP, MD and partner. As chairman, she now oversees a staff of 300 in New York, Los Angeles, Miami, Nashville and London.

She is a member of the IATSE Publicists Guild and the Academy of Motion Picture Arts and Sciences. In 2020, Berger delivered the 125th commencement address at her alma mater, Ithaca College, and was awarded an honorary doctorate degree. Berger resides in New York with her husband and two children. 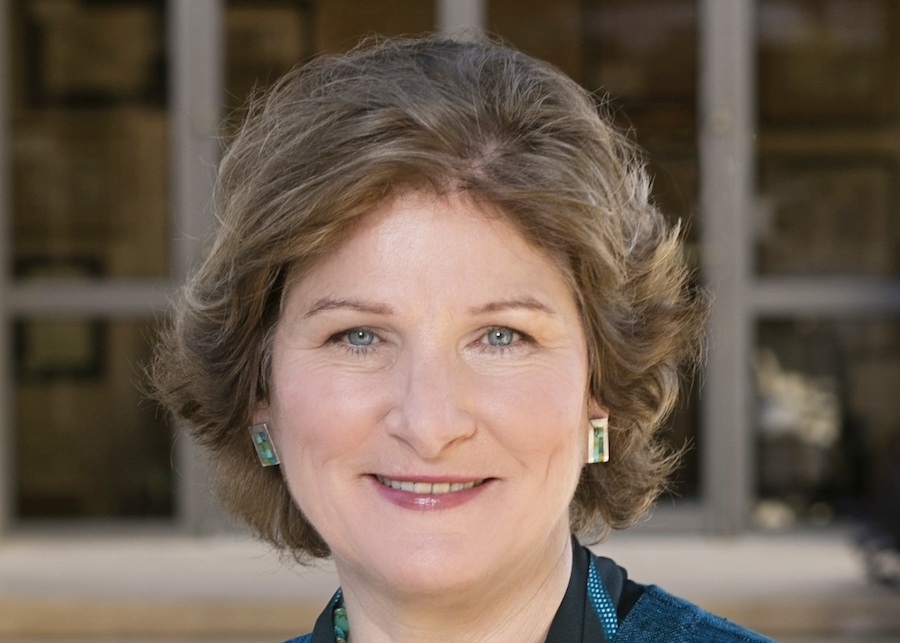 Since joining Burson-Marsteller in 2008, Hughes has provided strategic communications counsel to many high-profile clients.

She was senior strategist on the team advising the first U.S. hospital to diagnose a patient with Ebola. She helped Blue Bell Ice Cream manage the largest food safety recall of 2015 after listeria was found in several of its products. She helped develop the strategy to differentiate Ford in the aftermath of the auto bailout.

Hughes also advised a global healthcare company as it managed recalls of some of its most iconic consumer products and she guided a major Texas retailer as it managed a complex data breach. She works directly with several CEOs and senior executives on their messaging and communications strategies.

She served as counselor to President George W. Bush from 2001 to 2002, acting as strategic advisor to the president on policy and communications. She led the White House offices of communications, media affairs, speechwriting and press secretary. She also served as undersecretary of state for public diplomacy and public affairs where she led the U.S. government’s efforts to communicate America’s values abroad.

Hughes serves on the board of Parsley Energy. She is a member of the Council on Foreign Relations and U.S. Afghan Women’s Council, an organization created to foster ties between the women of America and Afghanistan. She also serves on the Women’s Initiative Policy Advisory Council at the Bush Institute in Dallas.

She wrote "Ten Minutes from Normal," a book about working for President Bush and her decision to leave the White House to return with her family to Texas in 2002. She was a resident fellow at Harvard University’s Institute of Politics for the spring 2013 semester where she led a study group on communications. 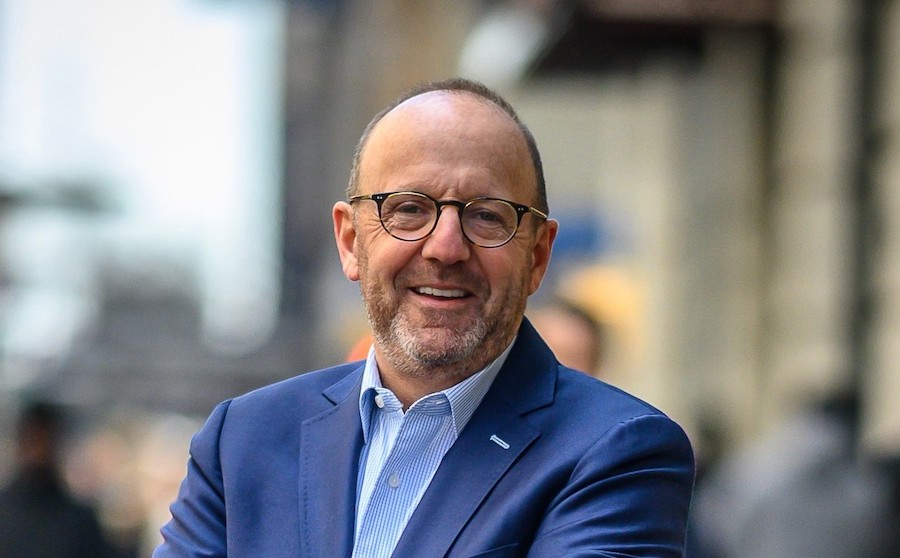 Michael Kempner is founder and CEO of MWWPR, one of the nation’s largest independent PR firms. He is an authority on reputation management, crisis communications, public affairs, business to business, consumer marketing and corporate brand purpose, having counseled some of the world’s most prominent executives, organizations and companies.

Kempner is known for his candor, commitment to community service and personal attention to client needs and employee satisfaction. He was named PRWeek’s PR Professional of the Year in both 2010 and 2015.

He was appointed by President Barack Obama and confirmed by the U.S. Senate as a Governor of the Broadcasting Board of Governors/U.S. Agency for Global Media. He helped direct all U.S. international media including the Voice of America, Radio Free Europe/Radio Liberty, the Middle East Broadcast Network and Radio Free Asia and served on each of their boards.

Kempner continues to serve on the board of the U.S. Open Technology Fund, the primary U.S. organization supporting tools and services to keep the internet free and open for oppressed people around the world.

Obama also appointed him to the White House Council for Community Solutions where he helped craft and author guidelines for creating programs to provide opportunities for the 4.6 million young people between the ages of 16 and 24 who are neither enrolled in school nor participating in the labor market.

Kempner is a member of the American University Board of Trustees, chairman of the Manhattan Chamber of Commerce, a member of the PR Council Board of Directors, New York Coalition for the Homeless Board, Fulbright-Canada Scholarship Board and a founding board member of ConnectOne Bank, one of the nation’s most successful community banks.

He is also active in progressive politics and issues, having played major roles in the campaigns of Obama, former Secretary of State Hillary Clinton, former Vice President Joe Biden and numerous state, federal and local officials and organizations. 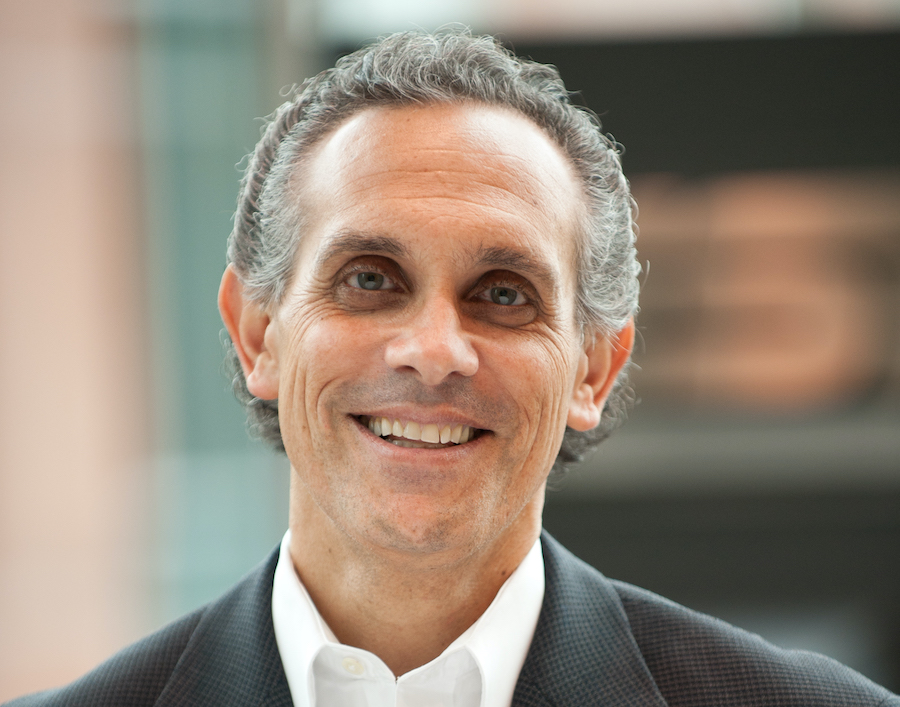 Chris LaPlaca, a 40-year veteran of ESPN, was named SVP, corporate communications, at the sports broadcaster in June 2008.

LaPlaca had been SVP, communications, for the two prior years, overseeing public and media relations. Prior to that he was SVP, consumer communications from 2003 to 2006, overseeing consumer media and PR efforts for domestic services ESPN, ESPN2, ESPNEWS, ESPN Classic, ESPN.com, ESPN The Magazine, ESPN Radio and other brand extensions. He is based in ESPN's Bristol, Connecticut, headquarters.

He joined the network in July 1980 as a communications representative. He was promoted to manager, programming information, in April 1984; to director, communications, in May 1985; and to VP in January 1990. Prior to joining ESPN, LaPlaca worked for a year as assistant sports information director at Brown University.

LaPlaca received a BA in journalism and mass communication from St. Bonaventure University in 1979, and remains active in support of the University’s Russell J. Jandoli School of Communications. In 2017, he was presented with an honorary Doctor of Humane Letters from the school. He also gave an inspiring and passionate keynote commencement speech to the 2017 graduates.

He was honored by his alma mater in 1995 with the Jandoli School’s Alumnus of the Year Award, given to a graduate who exemplifies the highest professional standards and for service to the journalism program at St. Bonaventure. In April 2003, LaPlaca became the seventh alum in the program’s 54-year history to be inducted onto the Jandoli School’s “wall of fame,” which includes five Pulitzer Prize winners. Currently, he serves on the Jandoli School’s advisory council.

LaPlaca is active within the industry and the community. He is a member of the NCTA’s Public Affairs Committee and has co-chaired the Association for Cable Communicators’ annual conference.

He has served on several industry programming boards, and the boards of several Bristol or Connecticut community organizations, including the United Way and Bristol’s Chamber of Commerce. He is a recipient of the Fred Soliani Award for his overall contributions to Bristol’s Caring About People program, which provides mentors to at-risk children in need of positive role models. 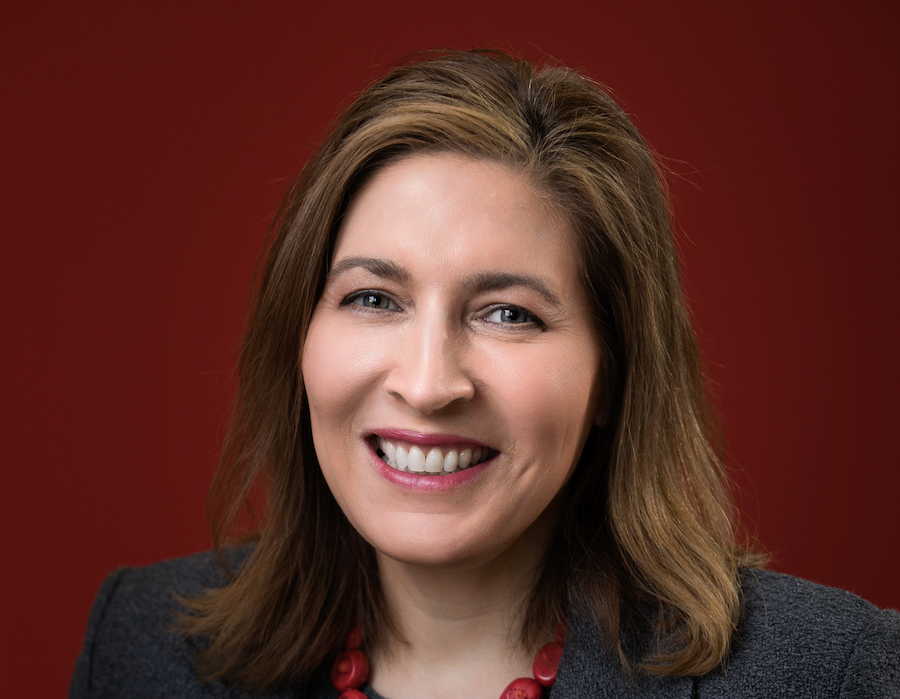 She leads an integrated team across public affairs and communications, sustainability and marketing to support the company’s new growth model and path to become a total beverage company.

In this role, Perez aligns a diverse portfolio of work against critical business objectives to support brands, communities, consumers and partners worldwide. She continues to oversee the company’s sports and entertainment assets, including iconic partnerships with the Olympics, Special Olympics and FIFA.

She also leads strategic and operational efforts for the company’s retail, licensing and attractions portfolio. Since 2011, Perez served as The Coca-Cola Company’s first chief sustainability officer, where she developed and led progress against comprehensive global sustainability commitments with a focus on water stewardship and women’s economic empowerment.

Perez advanced a global sustainability strategy designed to help grow the business while making a lasting positive difference for consumers, communities and the environment. Prior to leading the company’s sustainability efforts, she served as CMO for Coca-Cola North America, where she built brands by developing some of the company’s most historic relationships, including "American Idol" and NASCAR.

She began her career at Coca-Cola in 1996 and held various roles in brand management and field operations before becoming CMO. Among her honors are membership in the American Advertising Hall of Achievement and the Sports Business Journal’s Hall of Fame.

The Association of Latino Professionals for America named Perez to its 50 Most Powerful Latinas in 2017, 2018 and 2019. She has been recognized as a Conservation Trailblazer by the Trust for Public Land. She was on Hispanic Executive magazine’s list of Top 10 Leaders, and she was featured as one of the 25 Most Powerful Latinas on CNN and in People en Español.

Perez is a strong advocate for community service, serving on boards including The Coca-Cola Foundation, the company’s global philanthropic arm. She also serves on the corporate boards for Primerica and Grainger. She holds a Bachelor of Science degree in marketing from the University of Maryland. 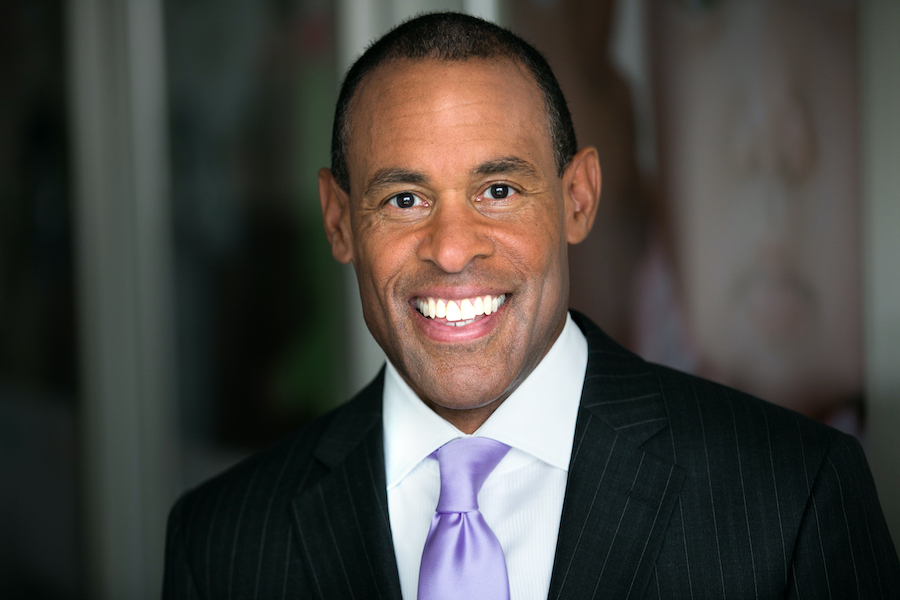 In addition to his global corporate affairs and CCO role, Michael Sneed is a member of Johnson & Johnson’s executive committee, to which he was appointed in 2018.

Since 2012 he has led the medical device, pharma and CPG company’s global marketing, communication, design and philanthropy functions.

Prior to that, he was company group chairman for J&J and a member of the medical devices and diagnostics group operating committee, a role he assumed in January 2007. He had primary responsibility for the company’s global vision care franchise.

Sneed joined J&J in 1983 as a marketing assistant for the personal products company. He held positions of increasing responsibility in the marketing organization. In 1991, he moved to J&J subsidiary and Tylenol owner McNeil Consumer Products as a group product director and was promoted to VP, worldwide consumer pharmaceuticals in 1995 to lead the company’s growth in Asia-Pacific, Eastern European and Latin America.

In 1998, Sneed relocated to Europe as MD, McNeil Consumer Nutritionals Europe. He returned to the U.S. as president, McNeil Nutritionals Worldwide, in 2000. In 2002, he was named global president of the enterprise’s Personal Products Company division.