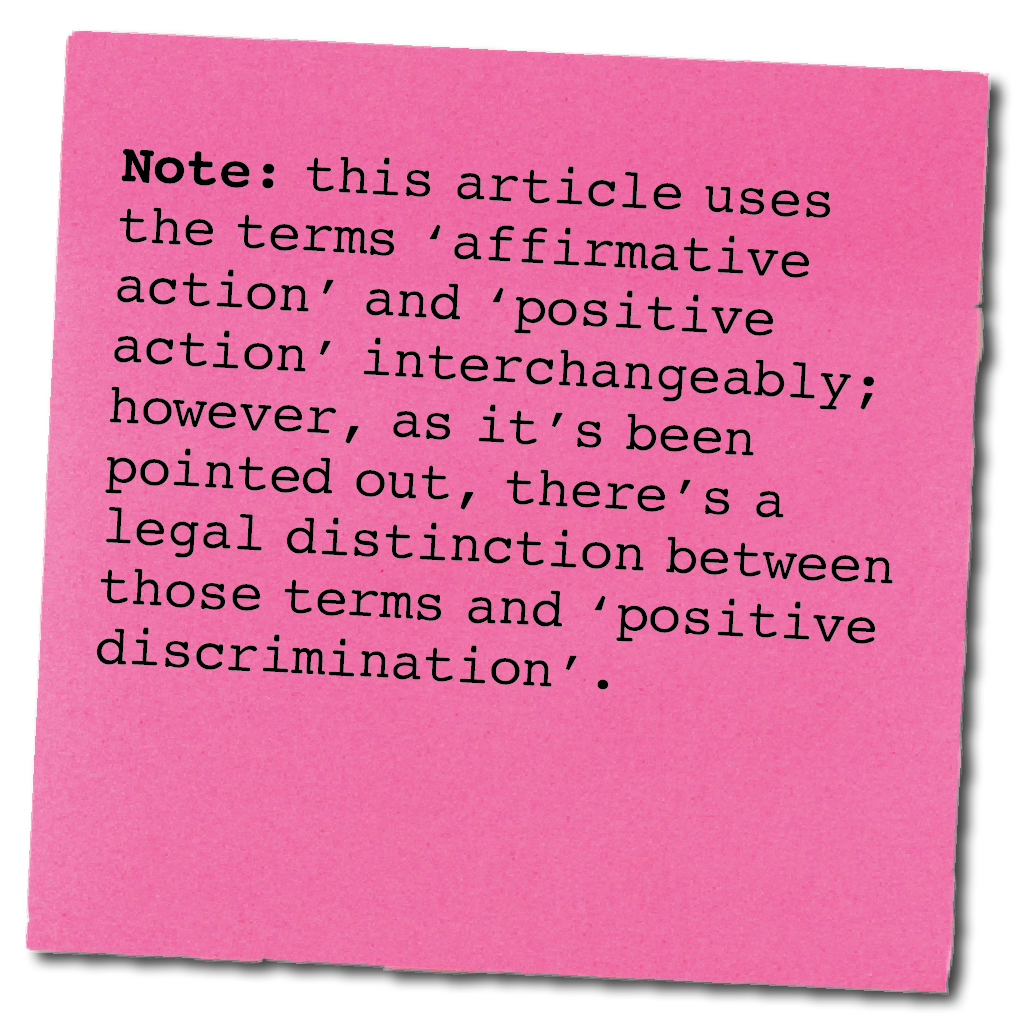 It’s a difficult conversation when the starting point is: “We need to hire more Black people” – the minute you say that, it sounds unfair.

If we take the example of how affirmative action has worked in the US, in industries and universities, it’s all about understanding that there’s a reason – a specific, racist reason – why Black people are underrepresented at univer-sities. It’s not just because they aren’t wanted there, but because the legacy of slavery and segregation means their schools are usually underfunded and neighbourhoods neglected. So people who come out of those societies and schools will perhaps not do as well in standardised tests as the average white child; not because of a lack of innate aptitude, but because the system of university admission doesn’t correct for the fundamental injustice in society.

MORE FROM THE BME SPECIAL EDITION:

• 'I’ve started a new chapter and I don’t want to go back' - Chuka Umunna on Edelman, ESG, purpose and politics
• PR at university: 'We must become the BME role models we lack’
• The roots of racism at work – is discrimination today a legacy of slavery?
• 'Humour is a powerful tool for persuading people' - Grilled with Ayesha Hazarika
• 'Being different is an advantage' - BME Comms Stars: Preena Gadher, Riot Communications

They say that, because of these inequalities, student bodies are not representative of societal demographics and therefore they are deliberately carving out a percentage of places for non-white students, because universities can be a corrective to some of those disparities. Going to university is one of the biggest determinants of social mobility, so if an individual is held back in their primary and secondary education, for deep, systemic reasons, we can at least fix it when it comes to university. That’s the point of affirmative action: our society is unequal, but here’s a way we can try to level the playing field. If you can’t convince people society is unequal, they’ll always see affirmative action as being punitive to white people or to the majority.

In the case of the UK PR industry, it’s about understanding that we’re not representative of the wider community not because Black or non-white people don’t want to work in the industry, [but] because there are cues a person of colour picks up about our industry, long before they walk into a job interview, that can make it look like a hostile environment. To diversify our industry we must take extraordinary steps.

It’s not about valuing non-white people over white people; it’s not about ignoring merit, but understanding the system isn’t as meritocratic as we pretend it is. We need to be very conscious, deliberate, and intentional in ensuring we build an industry in which people feel included and thrive. The status quo organises and perpetuates itself in a way that nothing changes.

Affirmative action would have an expiry date – it’s predicated on the fact that society would get to a place where it would not need it again because there is no inequality to be corrected further down the line. The aim and hope is that the date comes quickly, but that’s beyond our control. What we know is there are things we can do to enhance social equity that, if left uncorrected, would perpetuate the status quo.

Julian Obubo is a partner at Manifest, with a remit including diversity, equality and inclusion

By an anonymous BME PR professional

I remember a manager saying to me that “I’m HR’s dream” because of the boxes I “ticked”. I laughed about it at the time, but as my career progressed, I started to realise how concerning that idea was.

I believe in hiring people based on merit. If I was aware that potential new candidates were hired based on their diversity, I’d be mortified. Can you imagine how you would react if you were hired based on how you looked or because an employer or recruiter needed to ‘balance their books’ and ‘tick a few boxes’?

I remember working on a project and the company was just about to be bought out by a large corporation. We were briefing the chief executive on how to talk to the staff about potential layoffs, and I remember being told: “We need your help on this because of your background.” They said: “A lot of the people who worked in the factory are quite ‘diverse’, they will be able to understand you as you will understand where they’re coming from.”

I was furious. I was upset because I was being categorised into a group I’ve never really seen myself belonging to but, because of my background, I am pigeonholed into. Why do we need to know where people are from [or] what religion they may be? Why do we need to know people’s ethnic background? These things should not be issues. The main ‘box to tick’ should be: can you do the job well?

In a previous job, there was a religious and minority ethnic network. Despite good intentions, the group felt awkward to me. I’m not religious, yet I’m grouped with people whose religion denounce my sexuality. Because we were ‘ethnic minorities’ we were grouped together.

Categorising people can be risky. If we categorise people, there is a risk we segregate them. Intentionally or unintentionally, it can ostracise and alienate. In an inclusive world these groups just don’t exist, and we are one.

Positive discrimination works for some; however, it’s not a one-size-fits-all concept. We have a duty to address historical injustices, but by spending more time and effort focusing on changing the here and now, we can enable ourselves to be fit for the future. It’s hard to find the perfect solution. These things take time and need to be addressed on a case-by-case basis. We also need to be more comfortable asking questions like “How can I/we help?” or “Tell me/us what you need,” rather than assuming.

My vision is that blind recruitment becomes the norm and we recruit people based on applications that don’t identify them, and interviews are conducted blind too. If we like what we read and hear, that should be enough.

Inclusivity should come naturally. It’s not something that should be forced.

The biggest errors come from people getting confused between positive discrimination and positive action. They are not interchangeable.

Positive action is about doing things to help level the playing field. Positive discrimination is about discriminating; it’s about hiring someone just on the basis of their race or another protected characteristic. It’s generally illegal.

The kind of wording that would put you in hot water would be something like: “We are seeking to improve the diversity of our organisation, therefore these roles are only open to people from these backgrounds.” That would directly exclude another group.

There are some nuances, but if you are going to specify certain characteristics, you’d have to demonstrate it’s essential to your business. There’s nothing wrong in saying, if you’re an Asian women’s helpline, you want Asian women with certain lived experiences only. But if it’s a role anyone can do, you can’t have that kind of criterion. The law’s different in the US, which allows for quotas. There, it’s legal to say: “Two out of 10 jobs will be for BAME candidates.”

Positive action is about saying: “I’ve got 15 employees, all of whom are white males, and I want some diversity, so next time I recruit I’m going to actively try to recruit women and BAME candidates – I’ll put in my ad that I’m looking to increase diversity, but anyone can apply.” You look at everybody on their merits, and if you get two people with equal merit but one is a Black woman, you can choose her over the other candidate. You can’t just give an applicant the job because they’re a Black woman – they have to have met the criteria for the role.

People often think positive action is giving the job to someone who is not able to do it because they are Black, or female, or whatever. It’s the opposite. It’s about saying: “Let’s get the widest range of people in for this job.”

The Equality and Human Rights Commission website gives really good information for businesses around issues related to positive action, what you can do, and what to avoid.

Dale Simon CBE is the founder of DIS Consultancy, which advises employers on diversity and inclusion. She was previously director of public accountability and inclusion at the Crown Prosecution Service and head of the Office for Judicial Complaints