When boats laden with desperate people looking for a safe port of call landed on the south coast of the U.K. last month in the shadow of the White Cliffs of Dover, Unilever-owned Ben & Jerry’s was quick to weigh in.

The arrival this year of 4,000 migrants from France across the English Channel was dubbed a crisis by British Home Secretary Priti Patel, who suggested the Royal Navy might be brought in to patrol the seas.

But the Vermont-based ice cream brand saw things differently. It tweeted that “the real crisis is our lack of humanity for people fleeing war, climate change and torture,” “people wouldn’t make dangerous journeys if they had any other choice” and called for the U.K. to provide “more safe and legal routes” for refugees.

And critics accused the company of virtue signaling and hypocrisy, pointing to past allegations that the company had itself worked with suppliers that treated immigrant workers poorly.

But while some brands are jumping on the purpose bandwagon, Ben & Jerry’s 32-year veteran and self-proclaimed grand poobah of PR, Sean Greenwood, explains social activism has been in the company’s DNA from the start and that the point of taking a stand is not to court popularity.

“We believe in using the power of our business to affect issues and make a measurable impact,” he says. “[On U.K. refugees], we saw 95% positive feedback and coverage calling out our business for using its voice to argue that no human being should be deemed illegal.”

The dichotomy illustrates the conundrum of chiming in on social and political issues in response to pressure from consumers and employees, especially amid recent incidents of racial injustice. 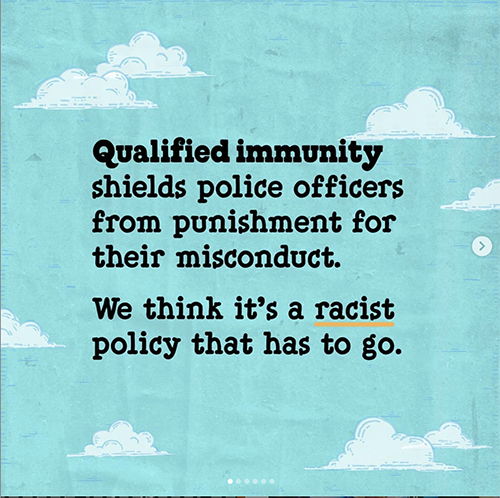 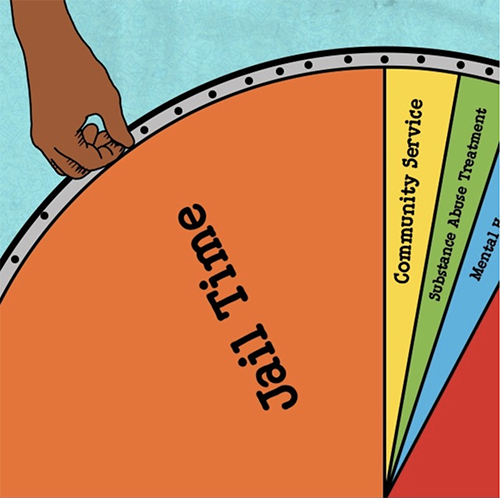 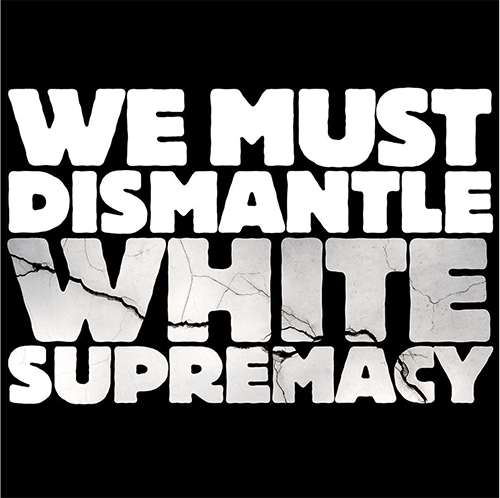 “There are certainly individuals who have a different opinion from ours in terms of being more conservative on issues — and we respect that entirely,” Greenwood adds. “Because we don’t use our social mission as a marketing angle, we’re not looking to gain or lose customers with it. Staying consistent with that commitment helps establish authenticity, which is very important to our fans.”

Other critics have called out Ben & Jerry’s for misleading marketing tactics and even brought a suit against the company claiming its packaging, which said milk for its ice cream came from “happy cows” on “caring dairy” farms, was misleading.

Both issues were ultimately settled. In October 2017, the company formalized labor standards for its suppliers in a deal with a farmworkers’ group. This past May, the “happy cows” lawsuit was dismissed.

But is it smart for a brand to call out others for their behavior when its house is not always in perfect order?

Greenwood feels Ben & Jerry’s is consistent in applying its ideals and practicing what it preaches. But, he adds, for a purpose-based company the controversies, and attendant charges of hypocrisy, are inevitable.

“Nobody said trying to operate an aspiring activist organization would be easy, and those issues certainly prove it,” Greenwood says. “We do the best we can to use the power of our business in each of those areas.

“We’re far from perfect. I attend weekly meetings where we continue to work on dairy issues such as animal welfare, supporting the ongoing Milk with Dignity farm labor program, having a positive environmental impact with responsible agricultural practices. It’s never ending.”

Casting his mind back to the mid-2000s, Greenwood was in a particularly tough spot not long after Unilever acquired Ben & Jerry’s, the company he’d worked for since 1988.

Nobody said trying to operate an aspiring activist organization would be easy, and those issues certainly prove it.

He found himself handling public critiques of the CPG behemoth by company founders Ben Cohen and Jerry Greenfield, who weren’t happy with the deal.

“These guys were out there saying ‘Unilever said it was going to grow the social mission — and all we’ve seen is their interest in growing the bottom line,’” remembers Greenwood.

Cohen and Greenfield remained employees of Ben & Jerry’s after the acquisition, with the official title of cofounders. They have no defined duties and are allowed to choose the projects they work on, with social mission work as their primary focus.

So while Cohen and Greenfield can’t formally direct company actions, their comments couldn’t be ignored.

“The guys were alienated,” says Greenwood. “They didn’t feel Unilever was holding up its end of the deal. It creates interesting times if you’re doing communications for the company.”

The approach Greenwood landed on was basic. Don’t spin some tortured explanation. Instead, acknowledge the differences between the founders, the company and its new corporate overlords.

“I started off saying, ‘Let’s not sugarcoat this. Let’s not cover it up,’” he explains. “If people contacted me I’d say, ‘Well, you heard what Jerry and Ben said.’”

Greenwood admits the first few years weren’t ideal: “Unilever didn’t fully understand what we were trying to do with our business.” Fast forward to the present, and “it’s totally different. I respect Unilever very much for what [the company] is doing today.”

Unilever is now much better known for its purpose work, with ground-breaking activations such as the Dove Campaign for Real Beauty leading the way. But Ben & Jerry’s was into purpose before it was cool, so the relationship experienced speed bumps even after the acquisition growing pains subsided.

The dispute over reducing and labeling GMO ingredients, says Greenwood, was one example.

“Ben & Jerry’s pledged to campaign to remove GMOs wherever we can in our product,” Greenwood says. “And if we still end up having something, we said, ‘OK, we’ll label that pint.’”

But Unilever was on a different path and didn’t buy that strategy, believing the labeling would confuse people. “They thought it would cause increased costs in packaging and changing their businesses,” says Greenwood.

Over the last decade, Greenwood says the working relationship has evolved to a place where both parties are able to say they’re not on the same exact wavelength moving forward. “As long as we’re both still true to our organizations and our values, it can operate that way,” says Greenwood.

In addition to having Greenfield and Cohen as the company’s free-floating conscience, Ben & Jerry’s can push back against Unilever because of the terms of the acquisition.

“We established the only independent board of directors for any brand I’m aware of that Unilever acquired,” Greenwood explains. “The [board] is responsible for our social mission and brand equity. That set up this purposeful way we would still keep some input so we didn’t lose control as Unilever took over the business side.”

But, ultimately, Ben & Jerry’s is an ice cream brand and puts the emphasis on having fun, as reflected by the names of its flavors. There was always a commitment to social mission involved, but Greenwood notes that Greenfield’s philosophy was also “if it’s not fun, why do it?”

Ben & Jerry’s rolls out its social cause campaigns annually to keep them relevant and timely. However, occasionally activations might last a few months longer and, in rarer cases, a few years.

Issues are chosen by the company’s activism committee that meets on Fridays and includes members of the comms team, social mission research department as well as digital and field folks from marketing. The strategy is addressed as the planning surrounding an issue evolves. 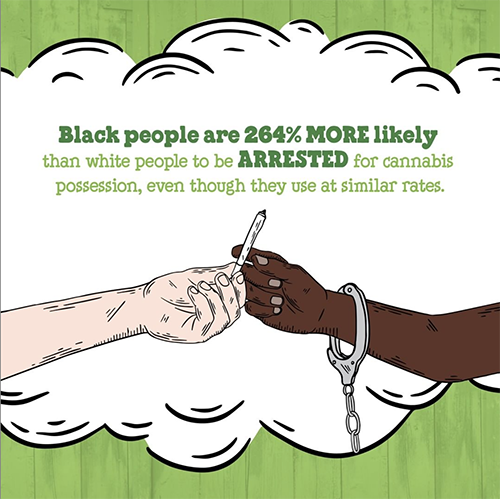 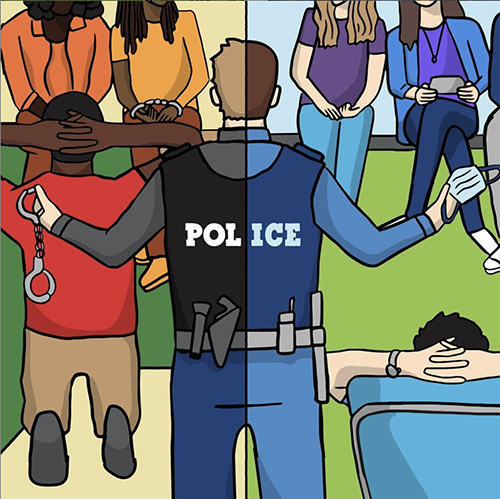 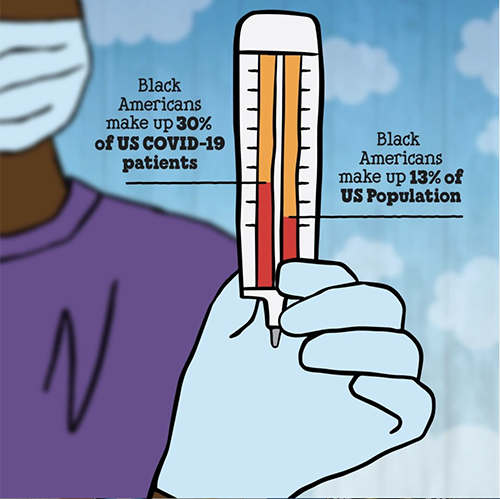 The comms department is lean, with just Greenwood, an internal person, an external PR staffer and a part-timer who works on social with influencers and bloggers.

The digital and social push for causes is handled by the marketing team. Since Ben & Jerry’s is international, it has U.K. folks covering activism throughout Europe, who handled the critique of U.K. immigration policy in August.

Greenwood meets weekly with CMO David Stever, to whom he reports, and on an ad hoc basis with CEO Matthew McCarthy to review comms approaches on social causes, CEO interviews and strategy.

External support has come from Cone Communications out of Boston, now part of Porter Novelli, for at least a dozen years.

But having a social mission doesn’t mean doing crazy things for the sake of it or taking a stance to get a lot of PR interest and chase social impressions. “Sometimes we will go, no, that’s not what we’re looking for,” Greenwood explains. “Instead of going for that big story, keep this small — depending on what the issue is. I don’t think we are an easy client for a PR agency, and [Cone] got what we were doing with our social mission.”

PR usually takes the lead on campaign launches around products and flavors, such as Netflix and Chilll’d in January. The New York activation for the flavor was tied to the appearance of standup comedian Michelle Buteau. Messaging also highlighted that the ice cream flavoring was provided by an organization that employs homeless people.

“You try to share the social mission and the fun side of the project,” says Greenwood, but he underlines the fact that Ben & Jerry’s doesn’t support causes to sell ice cream — and doesn’t sell ice cream to support causes. “If you take a stance on gay marriage, someone could ask does that hurt sales?” he notes. “We’re still going to make that decision and act with our values. Then we bring our fans and the community along with us to be part of that.”

Recent events have crystallized Ben & Jerry’s stance on social issues more than ever.

In a Juneteenth post on its website, the company called for the defunding of police departments around the country, as many did in the wake of George Floyd’s death while in police custody. American policing was born during the slave trade, the company wrote, and “there is no way to separate policing from the criminalization of Black and Brown skin.”

Some viewed that as a call to get rid of the police completely, rather than reducing the size of police departments and increasing funding of social services.

“Maybe there’s a model where you could get away with no police,” says Greenwood. “But that’s not what Ben & Jerry’s is advocating. What works is part of a continued approach we’ve [adopted] since we’ve been learning about racial injustice.”

It also poses the question of whether there is room for dissent in a company that takes progressive social stances with which many people, including Ben & Jerry’s employees, may disagree.

“People [working for us] have a wide variety of political opinions,” Greenwood says. “We want that. We’re not partisan as a company. We are political, but that’s around the issues.” 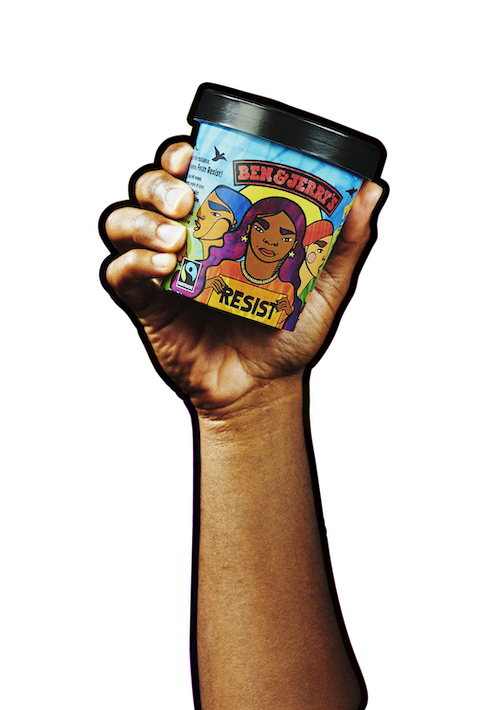 He cites Ben & Jerry’s Pecan Resist flavor activation as a good example, saying the point was to call out specific Trump administration policies, not the president or people who support him.

“The idea is not to have a campaign that accurately reflects every single person and their values,” he explains. “We want this to look like Ben & Jerry’s mission and values.”

From a PR point of view, the idea is to use employees as the first line of external communications.

“We need to explain this to every employee,” he adds. “So that if a neighbor says, ‘Hey, you guys are doing this anti-Trump flavor?’ Our employees can say, ‘It’s not anti-Trump. It’s called Pecan Resist. It’s because the company feels the current administration doesn’t stand up for women and people of color or the environment.’”