“I did not grow up dreaming or planning to get into marketing,” he says. “Growing up in a small town in India, my career was planned in my parents’ minds. I was meant to go to the U.S. and do my master’s in engineering.”

But when the U.S. Embassy denied Desai a student visa, he was forced to reevaluate his future prospects. He fell into advertising when realizing interviewees for a job at Lintas were dressed casually.

“I thought, ‘Jesus, that’s a lot of fun,’” says Desai. “You can wear denim to work every day? That’s a good enough reason for me to join.”

Denim, he says, is the single reason he spent 21 years across seven different locations and countries for Lintas as it grew. In 2000, the company changed its name to Lowe Lintas following the global merger of Interpublic Group networks Ammirati Puris Lintas and LoweGroup. In May 2015, the company Lowe Worldwide merged with Mullen, a U.S.-based agency, to form the MullenLowe Group, which became part of IPG.

The last role he held with the company was as president of Asia-Pacific. He left the agency in 2016 and joined Edelman later that year as vice chairman for Asia-Pacific, the Middle East and Africa. Until joining Dole in April 2019, Desai had only worked on the agency side.

Desai joined Dole after convincing his friend Pier Luigi Sigismondi, then Unilever president of Southeast Asia and Australasia, to take the job of Dole Packaged Foods president in February 2019.

“In talking about his move, we both realized the importance we give both at a personal and company level to the convergence between personal purpose and the overall purpose of a company,” says Desai. “The next morning, I got a call from him [saying] he wanted me to come with him on the journey to transform a 170-year-old brand and write the next 170 years.”

Desai reports to Sigismondi and oversees 100 marketers across Asia, Europe, the Middle East, Africa and the Americas. He explains Dole’s business is divided between fresh food and packaged goods globally, and he heads marketing for both. 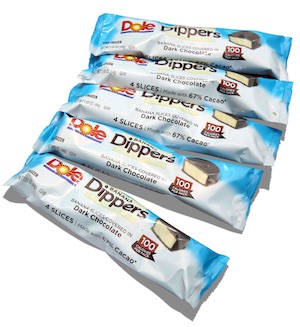 One of the first changes Desai made was digging back into the annals of Dole’s history to help it discover its new purpose. In April, the Sunshine for All initiative launched to provide food and nutritional support to families, the elderly, doctors, nurses, grocery workers and food banks globally.

“For 170 years, this brand has brought the goodness of the Earth to as many people as it can,” Desai says. “But realizing the distance that we all have with nutrition, we are now putting it front and center, believing that nutrition and access to it should be a human right. Sunshine for All is a hashtag, rallying cry and belief.”

He adds that the goodness of the Earth should be like sunshine: available, accessible and affordable to everyone. Dole is now sharing its entire business model through the lens of its purpose restated as Sunshine for All.

“Purpose needs to be the business model if it is to be successful,” Desai says. “There are instances where it ends up becoming the advertising, PR or CSR brief.”

Dole’s purpose is shaping how it is structured and how it innovates. “If we believe good nutrition should be available for all, we need to be innovating around areas of affordability, accessibility and how we make healthy eating attractive,” Desai explains.

Dole wants to ensure its business model leads to an increase in access to good nutrition. “We waste one-third of the world’s goodness that is grown,” he says. “The way we see our jobs is: How do we shorten the gaps between each individual and good nutrition?”

In June, the company released The Dole Promise to address global food insecurity and sustainability while ensuring people, the planet and prosperity can thrive together for future generations. The promise includes six key ambitions: increasing access to sustainable nutrition for 1 billion people by 2025; zero processed sugar in all Dole products by 2025; zero fruit loss from Dole farms to markets by 2025; zero fossil-based plastic packaging by 2025; net zero carbon emissions in Dole operations by 2030; and increasing the value of Dole’s business by 50% by 2025 to create shared value across the value chain, while continuing to positively impact all farmers, communities and Dole workers.

Dole will partner with youth activists this fall who will share their perspective on what consumers can do at home to be an advocate for people and the planet.

Dole also announced the $2 million annual Sunshine for All Investment Fund to support additional strategic partnerships and strategic investments in these areas around the world.

“The pandemic fast-tracked our need to make these promises, align on them and share them with the world,” Desai says.

The power of partnerships

At the start of the pandemic, Dole’s main priorities were taking care of its own staffers and bringing fruit to frontline workers. But as the world went under lockdown, Dole’s ability to do that diminished. At that point, the company learned the power of partnerships.

“We started getting on the phones to contacts on LinkedIn,” Desai explains. In a couple of weeks, Dole had 45 partners around the world helping it deliver fruit to frontline workers.

One partnership was with Lyft, which helped the company provide more than 4,000 cases of fruit cups to underserved seniors in assisted living facilities. 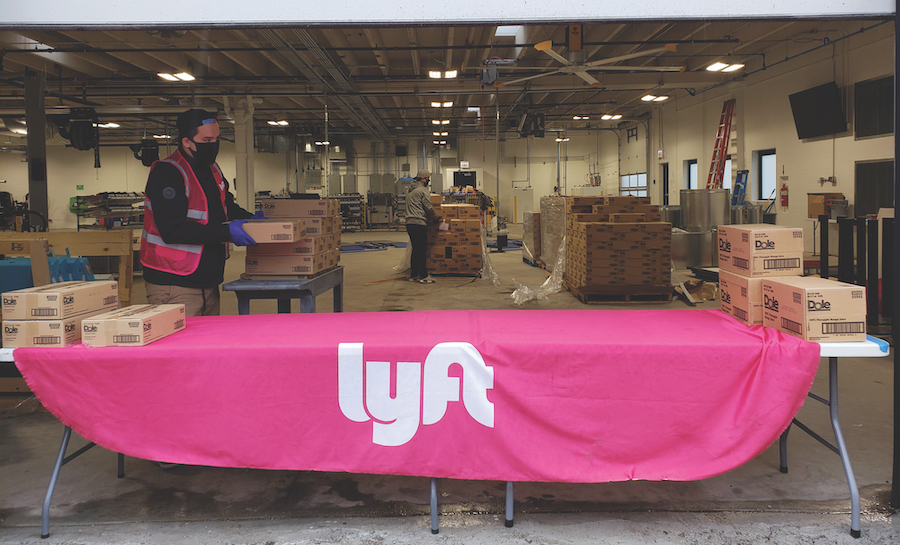 Dole is also working with Jackson, Mississippi, mayor Chokwe Antar Lumumba to help the city close gaps in childhood nutrition over the next year.

Over the past 12 months, Dole has evolved its approach to marketing and comms. “It used to be a heavily locally led operation,” notes Desai. “Now, we have a stated objective in terms of using the power of partnerships, purpose as a business model and acts, not ads.”

Even though Desai is based in Singapore and his office is gradually reopening, he is using this opportunity to prove to himself and colleagues that they don’t have to return to the office. His team has been productive while working from home, he says. Plus, he enjoys working in his garden and spending more time with his two daughters. And he can still wear denim.