Prominent industry figures joined a 48-hour boycott of Twitter to stand in solidarity with the Jewish community after the platforms allowed Wiley to post a stream of hate speech targeting Jews – including a message that implied they should be shot – and reinforcing antisemitic tropes.

Several Jewish PR leaders have told PRWeek they were stunned that Wiley’s posts were allowed to stay up for many hours after they were initially flagged on Friday, before some posts were removed and the artist received a temporary suspension.

After being allowed back on Twitter and Instagram, Wiley, whose real name is Richard Kylea Cowie, continued to publish offensive and antisemitic posts on Saturday, before being barred from posting on his accounts for a week.

Late yesterday (Tuesday), after PRWeek had concluded interviews for this article, Facebook permanently removed Wiley’s accounts from Instagram (pictured below, prior to removal) and Facebook for “repeated violations of our policies”. This morning (Wednesday), when boycotters returned to the platform, Twitter permanently suspended Wiley's account, including all of his previous posts.

Wiley’s behaviour sparked a police investigation and led to his management cutting ties with him on Saturday. Home Secretary Priti Patel has called on Twitter and Facebook to explain why they did not act sooner.

Raine (pictured below) said she felt “hurt” and “frustrated” by a lack of support from non-Jewish users to call out Wiley’s antisemitism, but “even more angry” about how long it took Twitter and Instagram to take down the posts and suspend him.

“Social-media platforms must act faster to remove hate speech and stop the spread of any kind of racism, including antisemitism, on their platforms,” she said.

“Katie Hopkins was permanently banned from Twitter for breaching its community rules, and at the time Twitter said it had 'a duty of care to protect its community against hate speech'. How is this case with Wiley, whereby a sustained racist attack was allowed to go unchecked for hours and spread like wildfire, any different?” 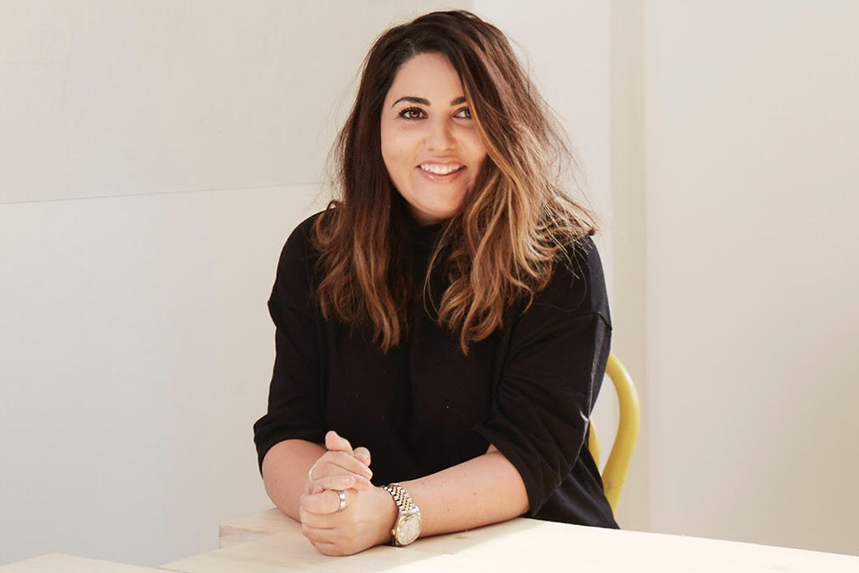 ‘I didn’t push it hard enough’

“Firstly, I’m a proud Jew and the grandson of Holocaust survivors. Antisemitism looms large as a real and present danger in my life, as it does for most Jewish people,” he said.

“I am pretty thick-skinned, but Wiley’s content hit hard at the weekend – particularly the Instagram videos, which generated a horrible, visceral feeling for me.”

Another reason Fraser participated in the boycott is that he felt he had failed to push back strongly enough against Wiley’s antisemitism on a previous occasion.

“Last year, we booked him for a client gig and I was aware that he had sung on a track a few years back with a racist lyric. Get Paid featured the line ‘I’ll be moving like a Jew for the money’,” Fraser explained.

“At the time I raised this with people, but I honestly didn’t push it hard enough. It was dismissed. I dismissed it. I allowed it to pass and I blame no one else for this but me – but I have regretted it ever since, and I am not allowing something like that again.”

Nonetheless, Fraser (pictured below) said that as hurtful as Wiley’s views are, “he is not the real problem”.

“We have his number and he is being dismissed by most as a rambling idiot,” Fraser explained. “What was particularly hurtful, though, was the inactivity of Twitter and Instagram, which allowed… his content to remain up for so long. Why are they so passive on this? And why is a lot of it still up there? There are serious questions for these publishers.” 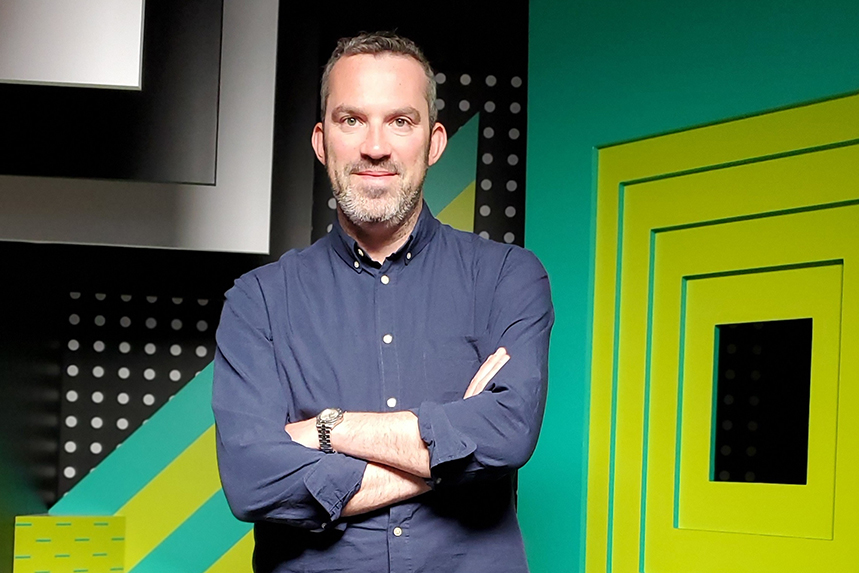 'It's terrifying for Jewish people'

Tin Man Communications founder and chief executive Mandy Sharp joined the boycott because she found Wiley’s antisemitism deeply disturbing, and was disappointed because she felt the user protest had received far less vocal support from celebrities, musicians and the wider public than responses to other recent cases of racism and discrimination had.

She also provides context on how Wiley’s posts can leave a whole community living in fear.

“Wiley has 500,000 Twitter followers and I think there are 300,000 Jews in the UK,” she said. “So what's so terrifying for Jewish people is the power of someone with that much influence being able to spout that stuff and fuel hatred towards Jews.”

Facebook and Twitter told PRWeek there is “no place” for “hate speech”, “abuse” and “harassment” on their platforms.

In similar statements, both companies said they had swiftly removed content that violated their rules and temporarily blocked Wiley’s accounts. 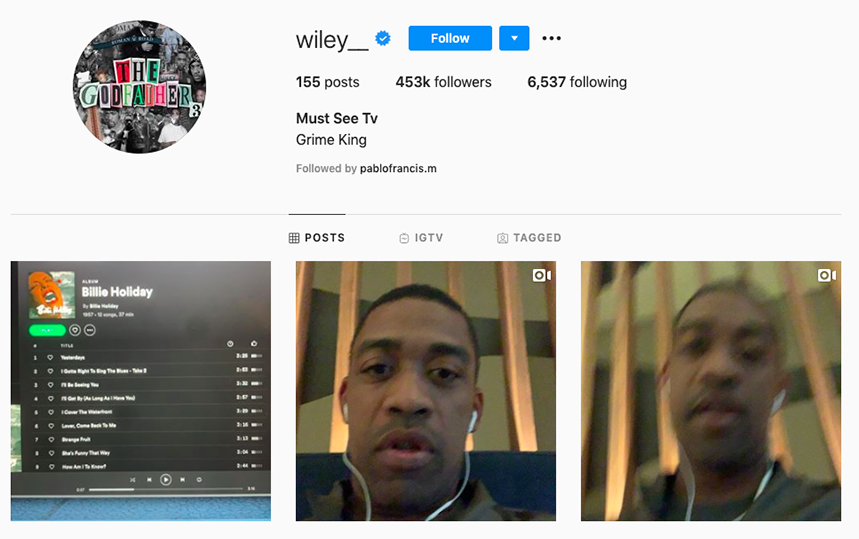 However, their actions have fallen well short of PR leaders' expectations, with several calling for a zero-tolerance approach to antisemitism and other forms of hate speech on social media.

Frank co-founder and non-executive director Andrew Bloch said the Wiley case left “zero debate” as to whether this sort of content should be on the platform, and noted that, at that time on Instagram, Wiley still had posts containing false claims connecting Jews with the Ku Klux Klan and slavery, as well as several videos that were part of his antisemitic tirade. Many of these posts had been viewed hundreds of thousands of times.

Bloch said it was unacceptable that these posts were still visible and showed that the social media companies “are currently failing us”.

“When you have a high-profile incident like this and emotions are high – it has upset a lot of people – [the platforms] need to have zero tolerance,” he said. “If it comes to light that they acted too quickly [to remove an account] then the social-media companies can always review it afterwards. This is not about antisemitism specifically, it's about any form of racism and bigotry.”

Manifest London managing partner Ali Maynard-James, whose agency joined the boycott, told PRWeek that Twitter needs to stop being a “megaphone” amplifying antisemitism, racism, homophobia, transphobia and other forms of bigotry. “It's currently not fighting for the right side and that speaks volumes to its communities who have had enough.”

She said that joining the boycott was the right thing to do to show solidarity with Jewish peers, even if it has little impact on how social-media companies police their platforms.

Can the PR industry do more?

Those speaking to PRWeek about the boycott agree that it mainly serves as a display of solidarity with the Jewish community.

Antisemitism is a far bigger issue than the ramblings of one grime artist, however high-profile, and a 48-hour boycott cannot solve a deep-rooted societal problem.

However, the public pressure may have encouraged Facebook executives to take stronger action against Wiley and remove him from their platforms.

Communications leaders tell PRWeek there are two areas in which the industry can influence change: advising clients where to spend their communications budgets, and educating the public about antisemitism.

Raine believes PR consultancies have a duty to promote “welcoming and inclusive online communities – spaces for connection and debate, and not for hate”.

“We need to be applying pressure on social-media platforms to stop the scourge of hate speech and have candid conversations with our clients about how they can make a difference,” she said.

Raine, Sharp, Bloch and Maynard-James told PRWeek they would not hesitate to advise clients against using a social-media platform if it does not do enough to tackle hate speech.

Recently, more than 1,000 advertisers joined a global boycott of Facebook led by US civil rights groups over concerns about advertising in environments that are not ‘brand-safe’ and are considered safe havens for those disseminating hate speech and disinformation.

Sharp told PRWeek she would take cases such as Wiley's into account before discussing with a client the most appropriate channel to use for paid media.

“I feel really strongly that I can't support platforms that think it's OK to let this stuff stay up there,” she said. “I’d like to see what Twitter's response is to this before making those decisions in partnership with a client. It's a serious conversation we might have to have.”

Maynard-James said Manifest would not hesitate to advise clients to avoid platforms that allow hate speech to spread. 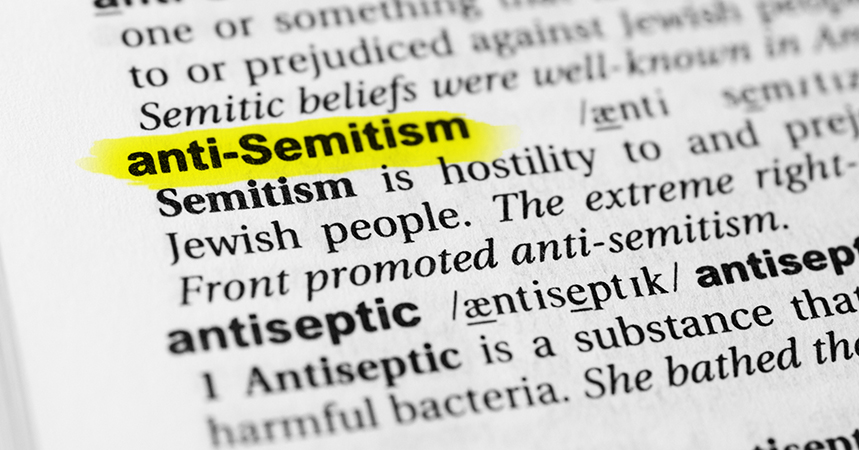 Another area where comms professionals can effect change is in the public perception of antisemitism.

Sharp, Raine and Fraser contend that this type of attack is often not treated with the same gravity by society – and on social-media platforms – as other forms of racism and bigotry.

Raine believes antisemitism “may need a rebrand” and it could be incumbent on an “industry of great storytellers” to take this on.

“It’s clear that a key barrier to speaking out against antisemitism is confusion about the word and what it means,” she said. “As PRs are the most compelling storytellers, it got me thinking about how we, as an industry, may be able to educate people on the definition of antisemitism and why it is a form of racism.”

Fraser agreed, adding: “I think this whole episode highlights that antisemitism has a PR problem.

“It’s not understood fully and is confused and conflated with other issues, like Zionism and Israel. I think there is also an argument that it’s not taken seriously enough as a legitimate form of racism. Jews live constantly with an underlying fear that a wave of antisemitism could be ignited at any moment.

“The way to avoid that is education, and our industry can help.”

Update: Twitter permanently suspended Wiley's account, including removing all of his past activity, after this article was first published on the morning of Wednesday, 29 July. The 48-hour boycott ended this morning.

PRWeek is hosting a podcast about antisemitism’s 'perception problem' and whether social-media companies are doing enough to stop the spread of hate speech.