The Government’s plans to reopen pubs, restaurants, hotels and other hospitality and leisure venues have been welcomed by many punters, but those responsible for opening their doors are furious with delays and dithering, and have been left with as many questions as answers.

After months of lockdown in a nation still very much in the grip of the global pandemic, getting the communications right around reopening will be critical to businesses that want to push safety messaging at the heart of a comms strategy to attract wary potential customers.

Many businesses and communications experts serving the hospitality sector had been privately planning for reopening well in advance of the Government’s announcement yesterday. This has been necessary, according to Liam Keogh, co-founder of Palm PR and Digital, who provides PR support to several hospitality and travel clients.

“Throughout the coronavirus pandemic, the Government’s communications in general have been diabolical,” Keogh told PRWeek. “The hospitality industry is arguably one of the industries most affected by lockdown, so communications to this sector should have been a high priority. It wasn’t.”

Keogh said the Government’s approach has been to offer as little forward guidance as possible, and then to make massive announcements at the last minute, giving the industry only 10 days notice to reopen.

“It’s true that most companies will have been working towards reopening anyway, but there were mixed messages for weeks on the decision regarding the two-metre rule, the outcome of which will significantly change the way businesses operate post-lockdown,” he said.

Fleet Street Communications has been closely working with the trade association UKHospitality throughout the lockdown period.

Head of content Mike Berry said that while the initial support package, which included furloughing vast swathes of the sector's employees, had been welcomed, the Government has gone from “hero back to zero” with a communications strategy that “pretty much disintegrated before our eyes ahead of the reopening announcement”.

“The past few weeks have been a stunning case study in how to aggravate and frustrate a sector that – in normal times – employs over three million people,” he said. “It has become clear that this is a government which speaks first and then figures out what it means later.

“Businesses asked for a three-week lead-in, so they could fully restock, re-staff, retrain and risk assess prior to reopening. Instead, they have been consumed by uncertainty, held back by mixed messages from ministers, dither, delays and frequent leaks of far-fetched policy to the weekend press."

Berry added: “Hospitality has been badly let down, and there is a very real sense that this delay has cost thousands of jobs and caused some companies to fail.” 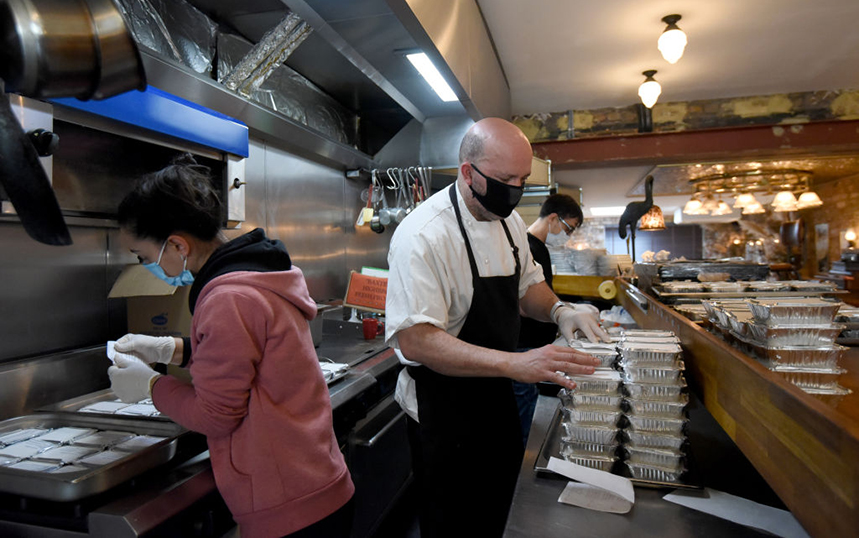 New safety protocols will need to be communicated to all hospitality staff (Photo: Getty Images)

Not all communications leaders were scathing of a Government that has had to operate in unprecedented times, however.

John McTernan, a senior adviser at BCW and Tony Blair’s former political secretary, said the Government’s ‘39 Steps’ to make pubs and restaurants safe for staff and customers are “clear, sensible, and detailed”, welcoming the momentary move away from Government slogans.

“Granular detail doesn’t make for a simple slogan – but most customers want to know that the food is safe, not see how the sausage is made,” he said.

Rochelle Cohen, managing director of Roche Communications, said the announcement – in particular the reduction of social distancing from two metres to one metre-plus – gives hospitality “a ray of light in what has been a very dark period”.

Nonetheless, she acknowledges that giving only 10 days notice of the reopening date is incredibly challenging for many operators – particularly those with multiple sites and large workforces that they have to bring out of furlough and retrain with new safety guidelines.

Citizen senior account director Sarika Patel told PRWeek that for many hotels, reopening may not be commercially viable even beyond 4 July, as key areas of business, from business travel to events, may be slow to return. She believes the industry is well prepared for effective communication on hygiene measures, safety protocols and opening updates, adding: “Much of that communication will become virtual, [such as] emails with guidance ahead of arrival, as well as trends towards investment in new technology to encourage ‘contactless’ check-in and check-out.”

One business that has taken the initiative is the Stoke Park Hotel – a luxury five-star hotel, country club and spa in Buckinghamshire.

Head of communications Nick Downie told PRWeek they’ve always known that hotel, spa, restaurant and indoor venues were not going to reopen prior to 4 July.

“Our industry did take that date as ‘gospel’, so many hotels and spas announced before yesterday’s [Government] announcement that they were planning to reopen on 4 July and started taking bookings,” he said. However, he added that spas have not yet been given the greenlight.

“It is very difficult to plan unless we know timelines – more clarity for the industry is fundamental,” he said. 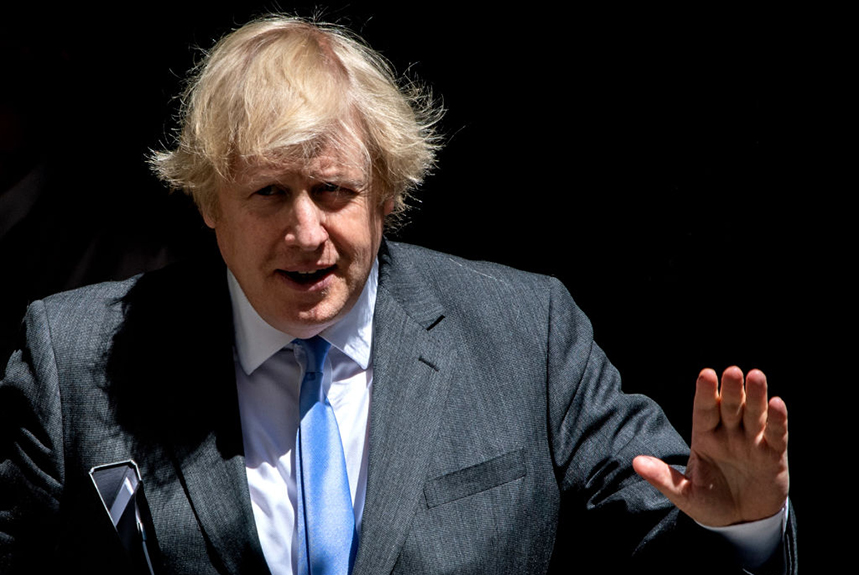 The Johnson Government has been criticised for delays and mixed messaging over when hospitality businesses can reopen (Photo: Getty Images)

Communications will be vital to the hospitality sector’s plans to reopen in spite of the Government’s new rules.

Hospitality comms experts agree that the biggest challenge will be convincing customers that it is now safe to enjoy a pint, a restaurant meal or hotel getaway.

“Staff and logistics aside, the biggest challenges facing operators is how to communicate effectively – not only to their staff when training them under the ‘new normal’ conditions, but also to the general public,” Cohen said.

“Our aim is to ensure that we create visibility for our clients through engaging activations targeted to each client’s demographic, while ensuring the new safety guidelines are communicated – it requires careful handling and a delicate balance of messaging.”

This balancing act needs to combine safety protocols, first and foremost, with an “enjoyable and exciting” customer experience, argues Keogh.

“We are working with our clients on how to get this balancing act right. All businesses need to be mindful that the safety measures they put in place don’t degrade the brand experience to such an extent that they make a visit undesirable,” he added.

To do this, brands need to focus on what they do best. For example, a hotel that is renowned for its wellness offering needs to make sure its safety measures do not compromise the reason why people visit.

This may mean shutting down its health club in the interests of safety, but providing more in-room experiences. 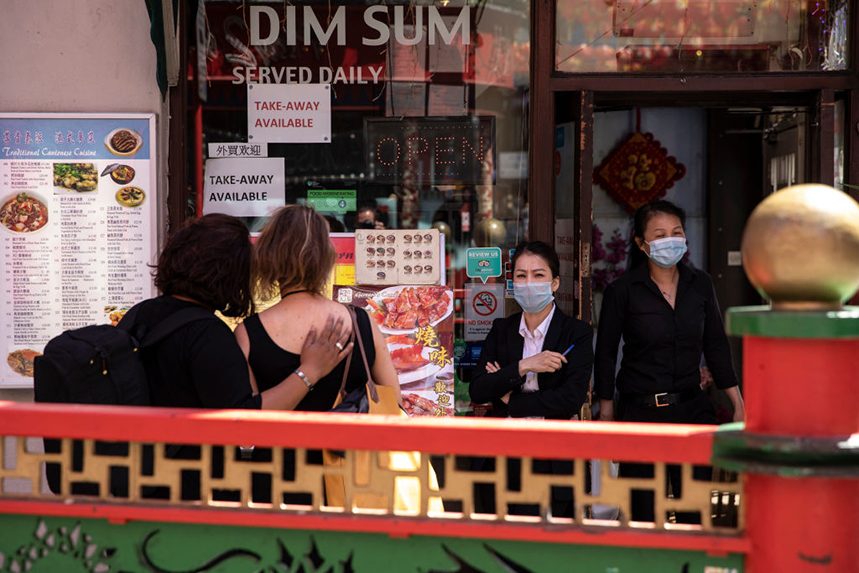 Convincing customers venues are safe and enjoyable will be a major comms challenge (Photo: Getty Images)

Downie said that most hotels will have based their safety procedures on what “we believe is correct”, but therein lies a wider industry problem: “There have been no official guidelines published about this, so this has been difficult when it comes to communicating with concerned guests.”

This lack of official guidance and time for hospitality businesses to reopen could encourage a new and potentially damaging communications phenomenon – ‘cleanwashing’.

“As we progress through the threat of the pandemic and beyond, we may enter an era of ‘cleanwashing’ as business strives to encourage guests to return by underlining cleanliness and hygiene credentials,” Berry said.

“It’s critical these claims have substance and businesses demonstrate ongoing commitment and professionalism on standards, as the public will be unforgiving [if they fail to maintain them].”

Cleanwashing could undermine the hospitality sector’s recovery by alienating its key customer audience.

As businesses reopen, customers and employees require “copper-bottomed” assurances about safety. While employees can consult trade unions to assuage their concerns, convincing customers who have spent months being told to isolate and socially distance due to the health crisis will be much more tricky.

“For customers, it will be that fragile commodity – confidence; what Shakespeare calls ‘the bubble reputation’,” McTernan said.

“Word-of-mouth recommendations will be vital and, as we all know, are the hardest to win. Proof that dining out is safe – and fun – will, literally, be in the eating, and the talking after.”

Hospitality may now have glimpsed a ‘ray of light’ in what has been an incredibly gloomy period, but in many ways the communications battle is only beginning.

With safety of paramount concern and cleanwashing by some operators a real threat, the industry has a challenge to convince customers it will be safe and enjoyable to return, irrespective of when doors are reopened.