Justice4Grenfell is bringing the names of the 72 Grenfell Tower victims back into the news on the third anniversary of the tragedy.

The organisation, which formed in 2017 to fight for justice on behalf of Grenfell Tower victims and survivors, asked The Mail on Sunday, The Sun on Sunday and The Sunday Times to donate column space in print on Sunday to remember the people who lost their lives. The names created a typographical tower to serve as a memorial for those who died and a reminder that the community is still seeking justice. 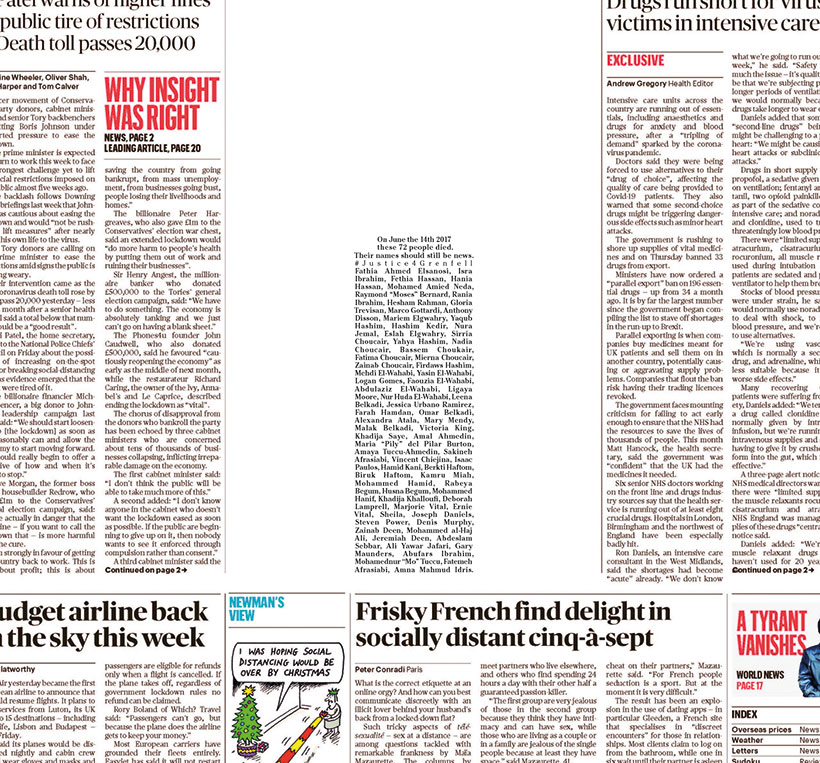 Outdoor media companies such as Ocean Outdoor, Open Media, Jack Arts and London Lites have also donated billboard sites across London to display the tower of names. Locations include Wembley, Kensington, Ladbroke Grove and Holland Park, which are all within close proximity to Grenfell Tower.

Justice4Grenfell is encouraging the public to show solidarity and demand justice by sharing the images from the campaign on social media with the hashtag #Justice4Grenfell.

The work was created by Ben Edwards and Guy Hobbs at Bartle Bogle Hegarty London. Electric Glue is the media agency. 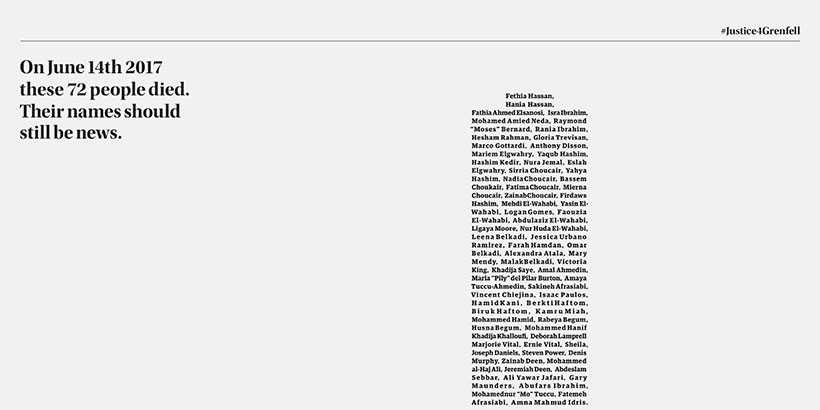 Sunday (14 June) marks three years since the Grenfell Tower fire, which killed 72 people and left 293 without a home – the UK's deadliest residential fire since World War II. Yet the victims have largely fallen out of the news agenda and the government’s slow response to the disaster was further postponed by Covid-19. The public inquiry, which had already been delayed by some witnesses threatening to withhold evidence, was halted in March and is not due to resume until 6 July, meaning criminal charges may not even be considered until 2022.

At least 300 tower blocks in England still have similar cladding systems to those that spread the fire at Grenfell.

Yvette Williams, Justice4Grenfell co-founder and co-ordinator, said: "Grenfell is a symptom of urgent issues within our society. In the three years since Grenfell, the local community has been turned upside down and remains in limbo, whilst those responsible continue to evade responsibility or criminal justice. The devaluation and marginalisation of certain groups often pay the high price for corporate and/or ideological failures that are then deemed too expensive or politically inconvenient to rectify.

"The current Covid-19 pandemic has now led the entire country to experience what it feels like to face a crisis and be met with a response from the authorities that is dangerously inadequate and incoherent. The murder of George Floyd in the US lays wide open the systemic discrimination that many face. What happened at Grenfell is a mirror of everything that is wrong with our society. We cannot bring 72 beautiful people back. But we can force change to ensure these ills never happen again."

In 2018, one year after the tragedy, Justice4Grenfell and BBH drove three billboards across London to demand justice, in a stunt inspired by the film Three Billboards Outside Ebbing, Missouri. On the second anniversary, the organisation took over London Fashion Week with a protest on the catwalk. 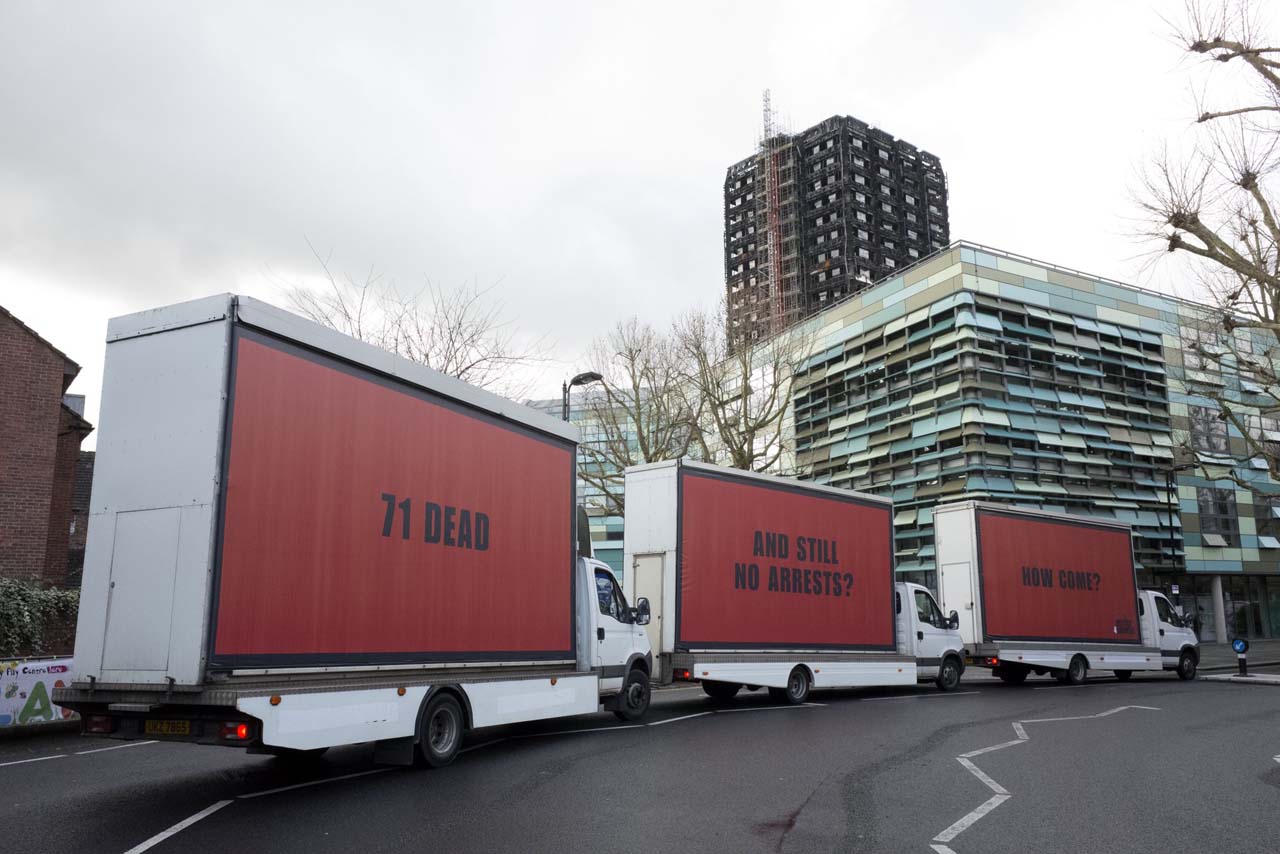