The Malaysian Anti-Corruption Commission (MACC) has detained three directors from Malaysian PR agency IO Movement for alleged bribery and falsifying of documents around a Tourism Malaysia campaign worth RM90 million (US$21 million).

According to a report in Focus Malaysia, the agency was founded by Ibrahim Ivan Omar, while company filings show that its current directors are Rachel Chew Kay Leng Omar and Murada Nur. Sources told Focus Malaysia that the three directors, aged between 31 and 48, were detained at MACC headquarters yesterday, and will be remanded for four days. 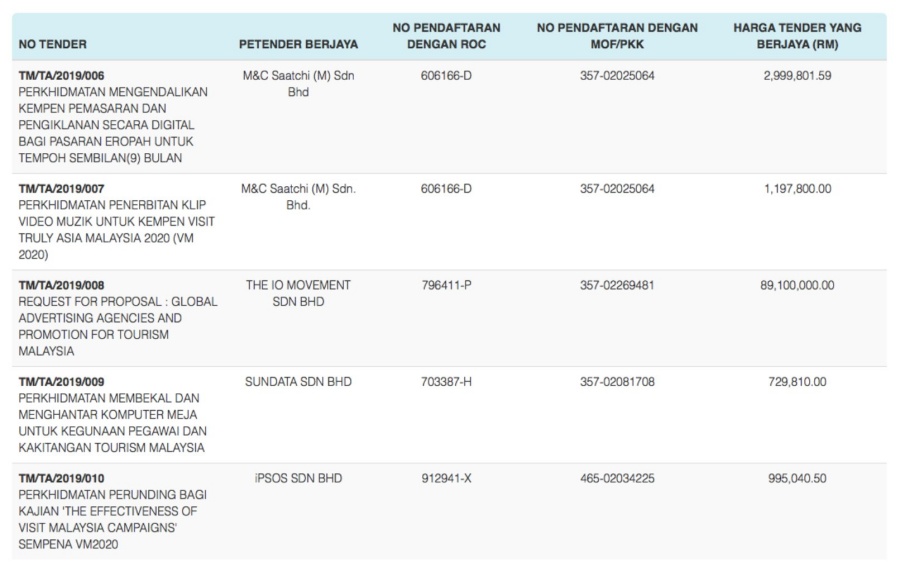 The tender awards page (pictured above) showed that two other agencies were also given work, but of significantly lesser monetary value. M&C Saatchi Malaysia—which operates as an independent in the country—was tasked for promotional activities in Europe as well as the production of a music video for the Visit Malaysia 2020 campaign. The former task was worth just under RM3 million (US$700,000) while the music video contract was pegged at approximately RM1.2 million (US$280,000).

Research company Ipsos was also awarded a contract for just under RM1 million (US$230,000) to execute market research around the Visit Malaysia 2020 campaign. Plus, IT infrastructure company Sundata was listed as a provider of desktop computers for Tourism Malaysia staff—worth RM730,000 (US$171,000).

According to online conversation, the contract to IO Movement caused suspicion especially given that the agency didn't have a functioning website (pictured below) or a clear portfolio of past work. Even now, little can be found online about the company or its directors. 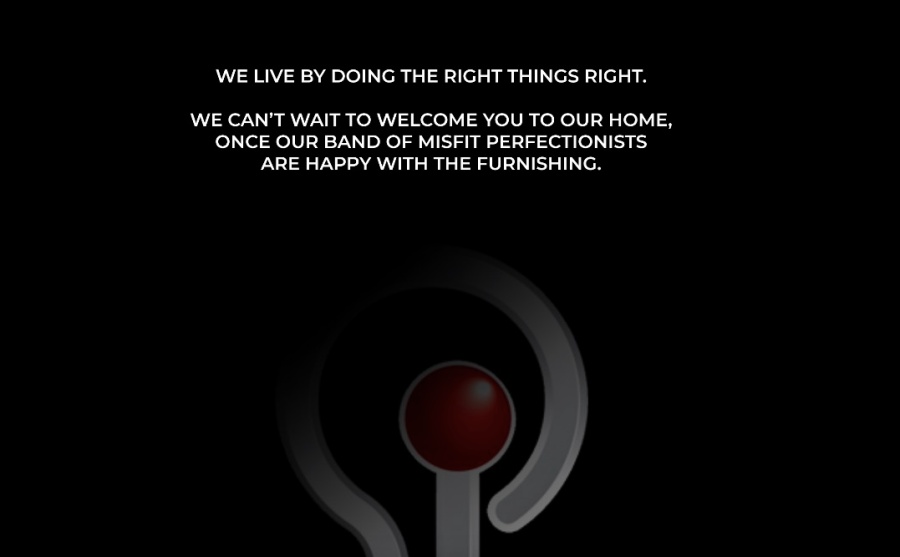 The Focus Malaysia story said that IO’s shareholders are Chew (90%) and Tunku Izrina Mazuin Tunku Iskandar (10%). Tunku Iskandar was also a director but left the agency in March 2020. On Twitter users stated that she is a member of the royal family in the state of Negeri Sembilan.

Meanwhile, founder Omar's LinkedIn account shows that he was previously head of corporate and marketing communications at Petronas and prior to that, regional planning director at Ogilvy.

PRWeek Asia has reached out to IO Movement’s Omar for comment.

This is not the first time Tourism Malaysia has been embroiled in a corruption scandal. According to a 2014 Campaign Asia-Pacific story, the client picked three 'obscure' agencies at the time alongside big names such as Publicis Communications and M&C Saatchi. One of the relatively unknown agencies listed was Sumur Mutiara, which listed "providing information" as its primary offering, according to credit reporting agency CTOS.

Additionally, in 2011, ISC (Integrated Strategic Communications), known as the agency behind the 'Malaysia Truly Asia' campaign, withdrew from a Tourism Malaysia pitch claiming 'ambiguity' in the decision-making process. The veteran agency's withdrawal reportedly triggered an investigation by the MACC at the time.

In 2018, Tourism Malaysia made international headlines for a 'hideous' logo. The amateur design work sparked conversations on social media about the marketing agencies behind the tourism board.